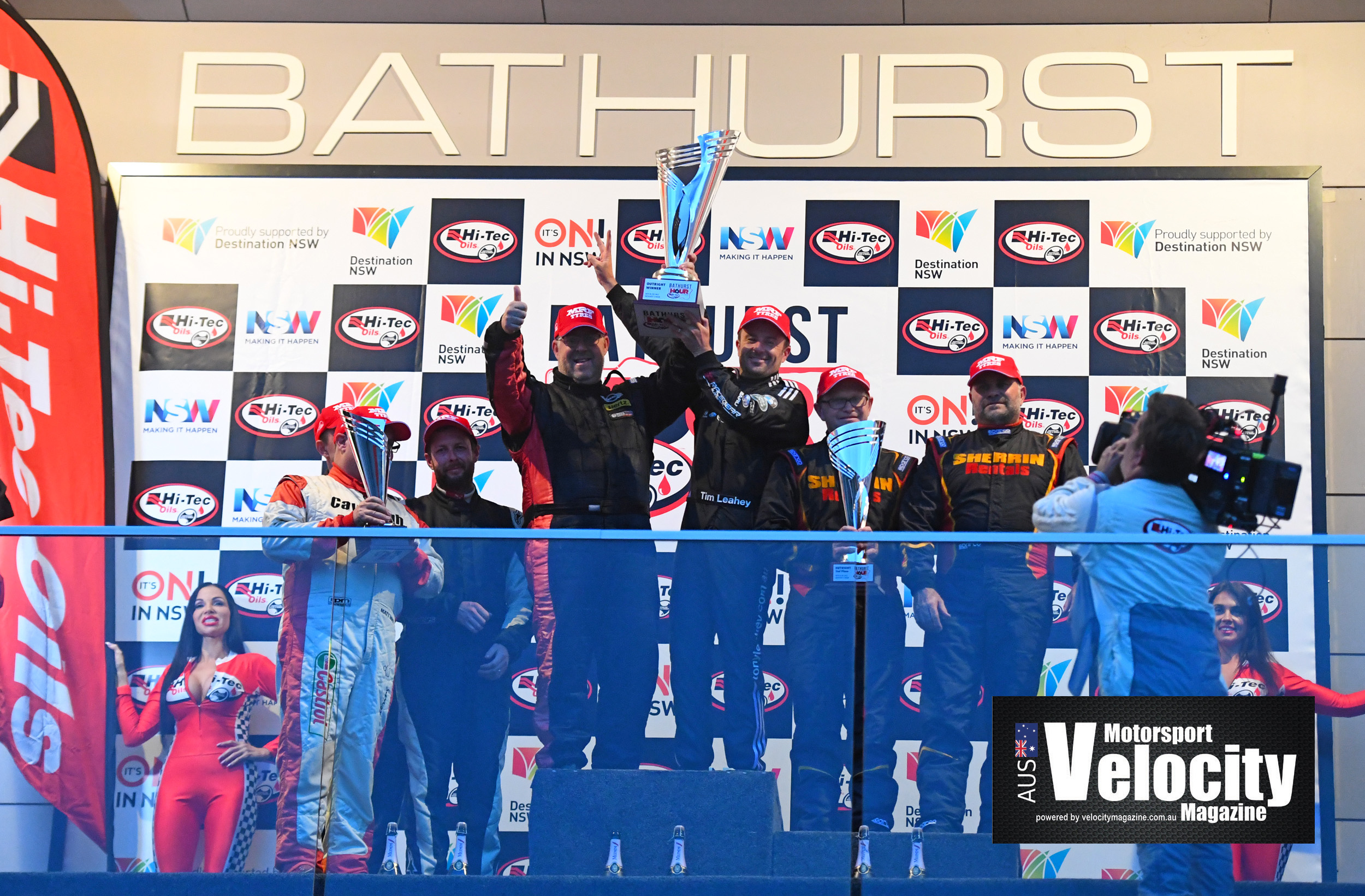 Beric Lynton and Tim Leahey blew the opposition to the ground to win the Hi Tec Oils Bathurst 6 Hour by more than a lap in the BMW M3 from arch rivals Grant and Iain Sherrin. In doing so, Lynton and Leahey completed a race record distance of 131 laps and became the first entry to win from pole position. Such was the dominance of the team that no other car actually led any lap of the race.

The Sherrin Rentals BMW M4 of reigning Bathurst 6 Hours winners, Iain and Grant Sherrin, was seen as the main threat to the Bruce Lynton Bodyshop sponsored car, but were dealt a blow late on Saturday afternoon when they were sent from the second row of the grid to last after an over boost issue had been recorded during qualifying.

Lynton and Leahey stormed into the lead by the first corner of the race as Anthony Soole moved into second, ahead of Cox and Walden in a pair of Mitsubishi Evos. David Russell took the ex-Sherrin Rentals BMW 135i in 5th and was hounded by Jeremy Gray’s Ford GT-F in what became a David and Goliath battle for the first portion of the race.

VIEW OUR GALLERY FROM THE BATHURST 6 HOUR HERE:

The Soole/ Fisher BMW M4 applied some early pressure but retired just after an hour with a drives aft vibration, while Sherrin moved towards second after a battle with Cox in the Evo.

By half distance Lynton and Leahey had a lap lead over the rest of the field and controlled the remainder of the race. In a race of attrition, only the Sherrin entry remained to challenge the BMW M3 at the end of the race. Soole stopped on lap 15 and Walden parked the car near the Cutting on lap 17.

There were very few Safety Cars, as race control looked to cover a number of on track retirements with local yellow flags. The Mineef and Sargent Toyota 86 had an engine expire on the run to the cutting and was parked just off the track for approximately 2 hours. Richard Bloomfield hit the wall at the grate and stopped near the Vista. Once again race control looked to cover the recovery with local yellows until it became obvious that the trail of broken brake calipers, pads, rotors and other debris that littered the racing line needed to be removed. This enabled Mineef, Walden and a number of other cars to be returned to the pit lane. Mineef eventually returned after the team sourced another engine from a ‘donor’ car in the paddock.

Lynton and Leahey took the flag from the Sherrin BMW with the Holt, Callaghan Lillis Commodore in 3rd. The second Sherrin BMW of David and Geoff Russell finished 1st in class and 4th outright after looking set for 3rd outright only to be passed by the Jax Motorsport HSV R8 in the final 30 minutes of the race.

VIEW OUR GALLERY FROM THE BATHURST 6 HOUR HERE: