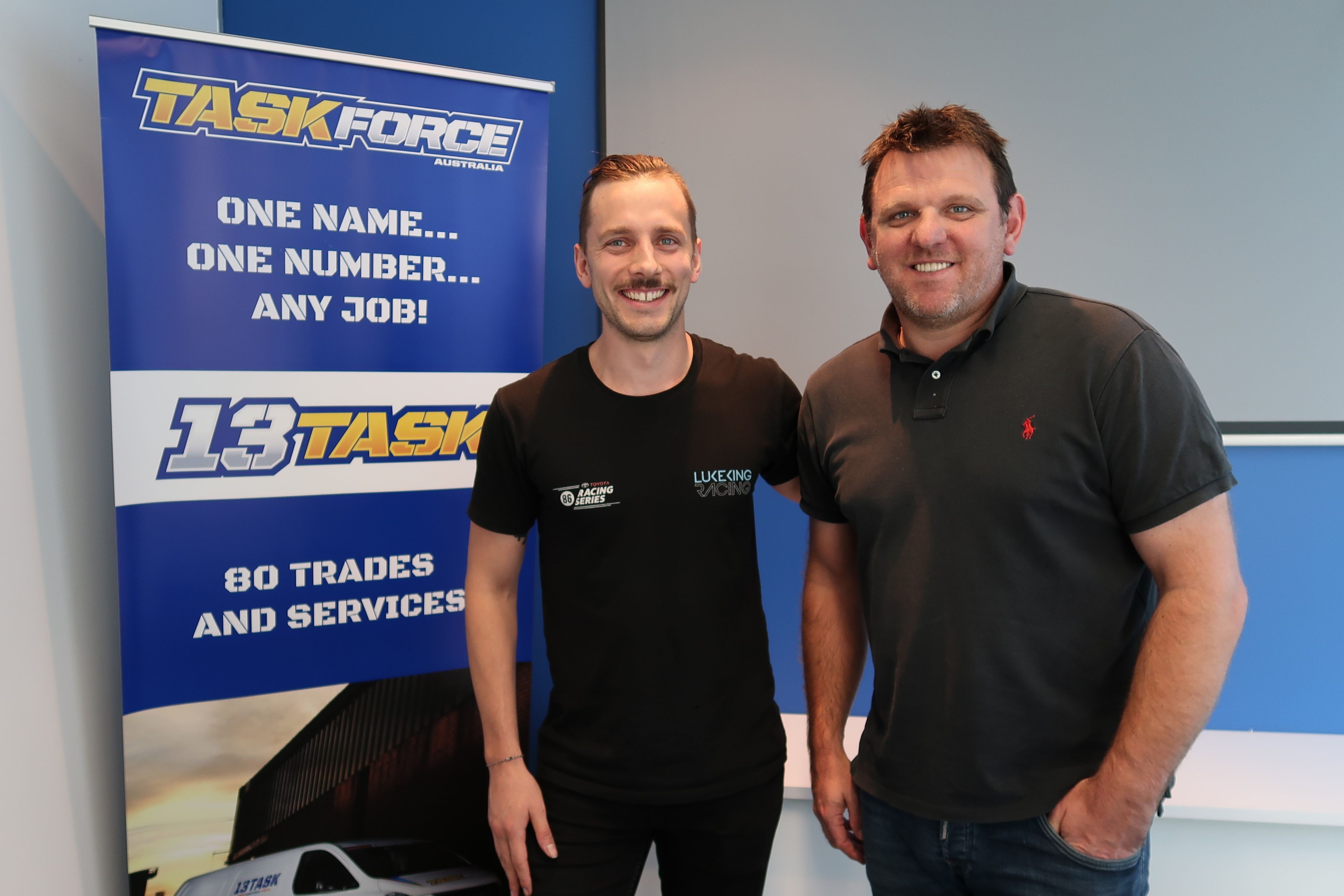 After finishing his 2018 season runner up in the Toyota 86 Racing Series, Luke King returns to the category with Jason Bright joining the team as driver mentor and a new sponsor, Pertamina Lubricants. King will represent Pertamina’s range of Automotive Lubricants, Fastron, which has become synonymous with high performance internationally, heavily linked to technical partners Automobili Lamborghini.

“As a team and as a driver we are honoured to be representing such a high quality product and introducing the brand to the Australian market”, tells King of the sponsorship. “This partnership has been a long time in the making and I’m delighted to finally share the news. The oil we have tested specifically for our Toyota 86 Racing Series Vehicle has performed extremely well and I look forward to building Fastron/Pertamina Racing as I continue to climb the ranks.”

Fast Track Communications returns to the team for its third year as a major partner, adding to the stunning livery which was produced by Virtual Motorsport Designs and Sign Specialists.

“Fast Track Communications have been vital in boosting my career. As a driver who has had to bring on sponsorship to go racing, it puts a big smile on my face to know a sponsor is continuing to come onboard year after year and is satisfied with the work I have done for them. I know those guys are pumped to see us on the podium again this year and making steps to the next level of racing!”

Sydney City Toyota feature among the major partners in the team for its second year, engaging King as their dealership ambassador.

“John Roca and all the team at Sydney City Toyota have played a major part in this seasons planning, having access to John’s wealth of knowledge as former CEO of Lexus Australia is an intercept and a converted try all in one!”

Amongst the sponsor signings, King has put together a fresh team for his 2019 campaign with retired Supercars driver and Bathurst winner, Jason Bright taking on the role as driver coach and career mentor.

“I’m looking forward to working with Luke this year,” tells Bright of the new partnership.

“To date he has built himself an impressive career with the resources he has had available and is really putting in the hard yards to become a professional in the sport.

We spoke early in the year and the goal is for me to look at Luke in all aspects to mentor and help him progress to his ultimate goal. There is a lot of momentum in his corner and it will be great to see a driver with a similar background to my own achieve goals which become more and more out of reach in today’s motorsport landscape.”

“I know the track well and have done many open wheel and 86 miles around Phillip Island,” tells King of returning to the Phillip Island Grand Prix Circuit.

King went into Newcastle last year with a strong chance of winning the championship and after a vigorous qualifying and hard fought race one podium, all signs pointed to a strong finish. But the events of race two saw it all come to an end.”

“2018 was a year of understandably mixed emotions. It was such a great championship fight from round two onward and I was stoked to have worked the team into a final round fight, which the category had not seen in previous years,” tells King.

“Our off season has been spent completely rebuilding the car after the hits we took at Newcastle. Warren and Anthony from Pacific Reproductions have done a stunning job on the body and paint work, which 10 days ago was a bare shell.”

“The Toyota 86 Series has been an important stepping stone in my career and I would not be where I am today without the opportunities the category has presented me. 2019 will be a springboard for 2020 and while I’m looking forward to competing in the Toyota 86 Series for my 4th straight season, our focus is on moving up the ranks and showing our talent in other categories.”