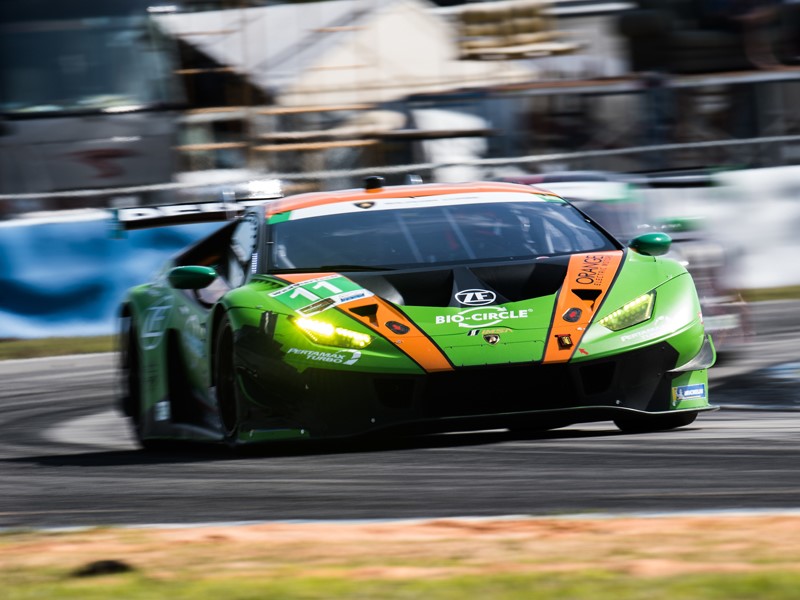 The Italian manufacturer is the first to complete the “36 Hours of Florida”, with back-to-back victories in the Sebring classic and the Daytona 24 Hours in the same season, for the second year in a row.

A late race caution helped Mirko Bortolotti come out on top amid frantic fuel conservation attempts in the final hour of the race, eventually staving off a late surge from fellow Huracán driver Andy Lally to give GRT its second successive IMSA WeatherTech SportsCar Championship win of the season.

Starting from fifth on the grid, Bortolotti took the lead in the 10th hour and built a healthy lead before Lally (Magnus Racing) started to make in-roads after the final pit-stops. The two Lamborghini drivers then traded positions on successive laps, with Bortolotti making a dive into the first corner a lap after being passed to consolidate his lead.

The Italian then had to adopt serious fuel-saving tactics to keep his #11 ahead and managed to do just that with the help of a caution period 15 minutes from the finish to recover the stricken #96 Turner Motorsport BMW M6 GT3 of Bill Auberlen. This late yellow gave Bortolotti and the #11 crew enough breathing space to eke out the last drops of fuel and allow Grasser Racing Team to repeat its 2018 Sebring victory by 2.724 seconds.

Alongside team-mates Spencer Pumpelly and John Potter, Lally claimed the first podium for the new-look Magnus Racing Lamborghini with a well-deserved second place behind the #11. The trio qualified in the lower reaches of the top 10 in ninth, but kept the nose of their #44 Huracán clean throughout the race. Lally’s final stint was the stand-out of the squad’s effort and had a serious shot at class victory had it not been for the late safety car intervention.

Stefano Domenicali, CEO of Automobili Lamborghini, said: “After an extraordinary 2018, the new year has started in the best possible way. Winning the 12 Hours of Sebring for the second time in a row underlines the indisputable qualities of the Huracán GT3 project. This is a great success for the entire Lamborghini team. 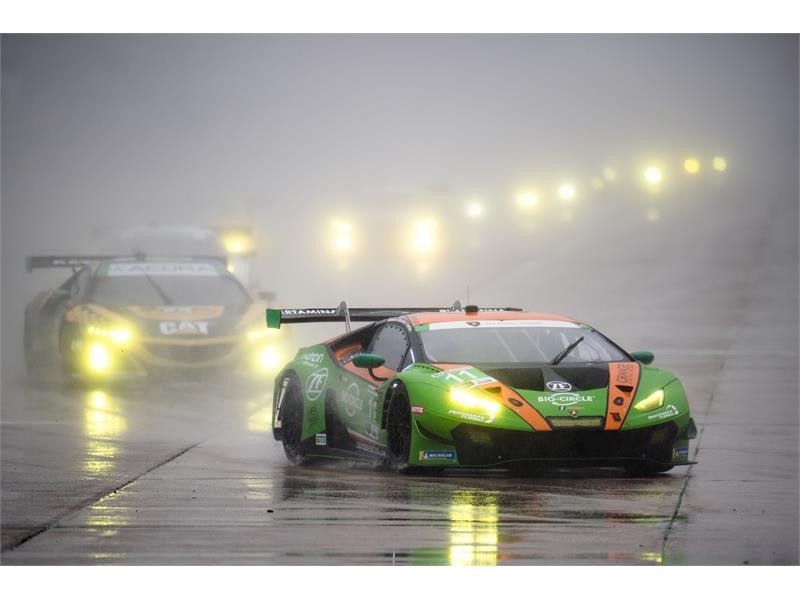