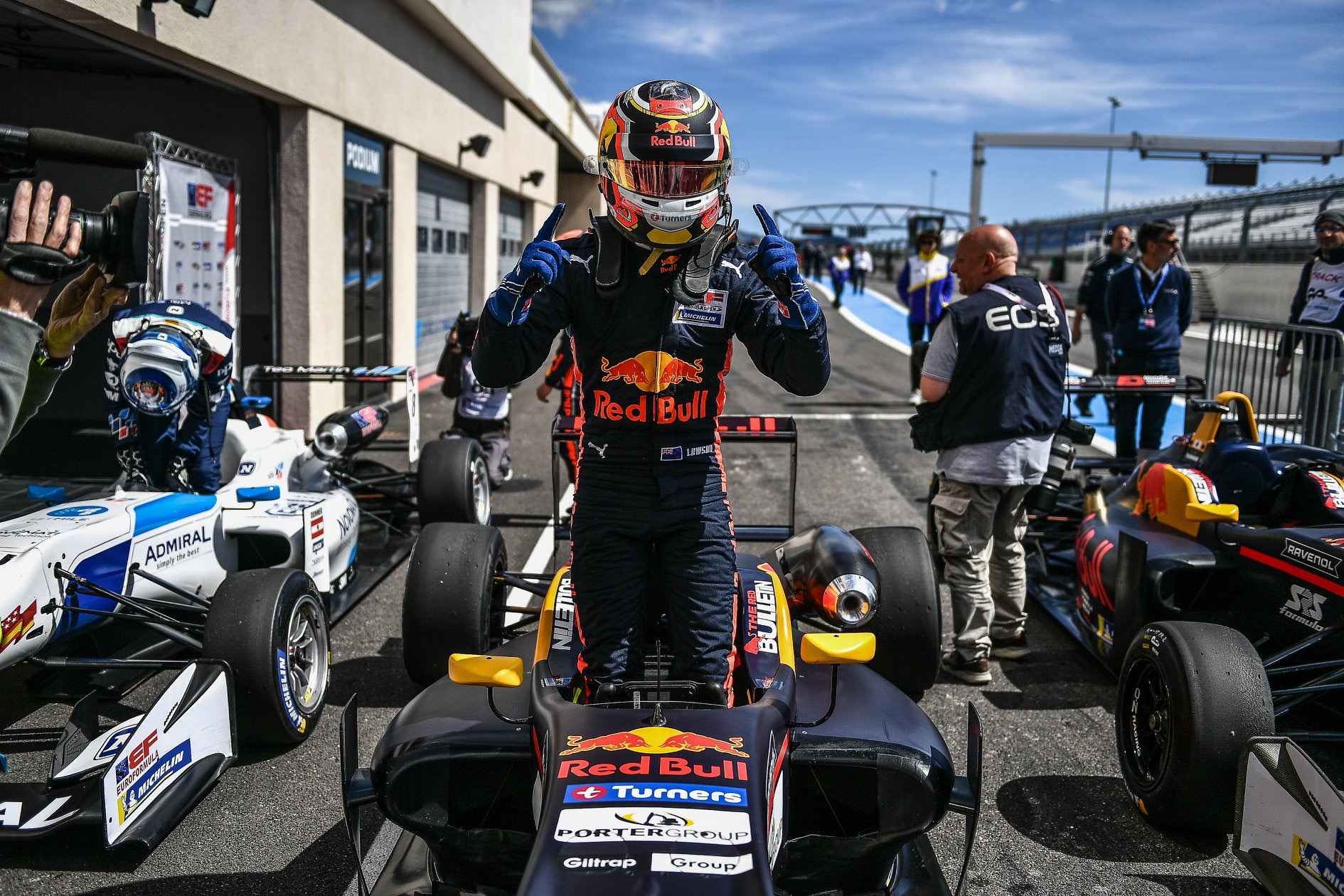 “Good start to the weekend in France! Got a good start in and slotted into second. There was a safety car a few laps in and in the restart we were able to capitalise to take the lead through turn one. We then held on the lead to take the win!” said Lawson on social media.