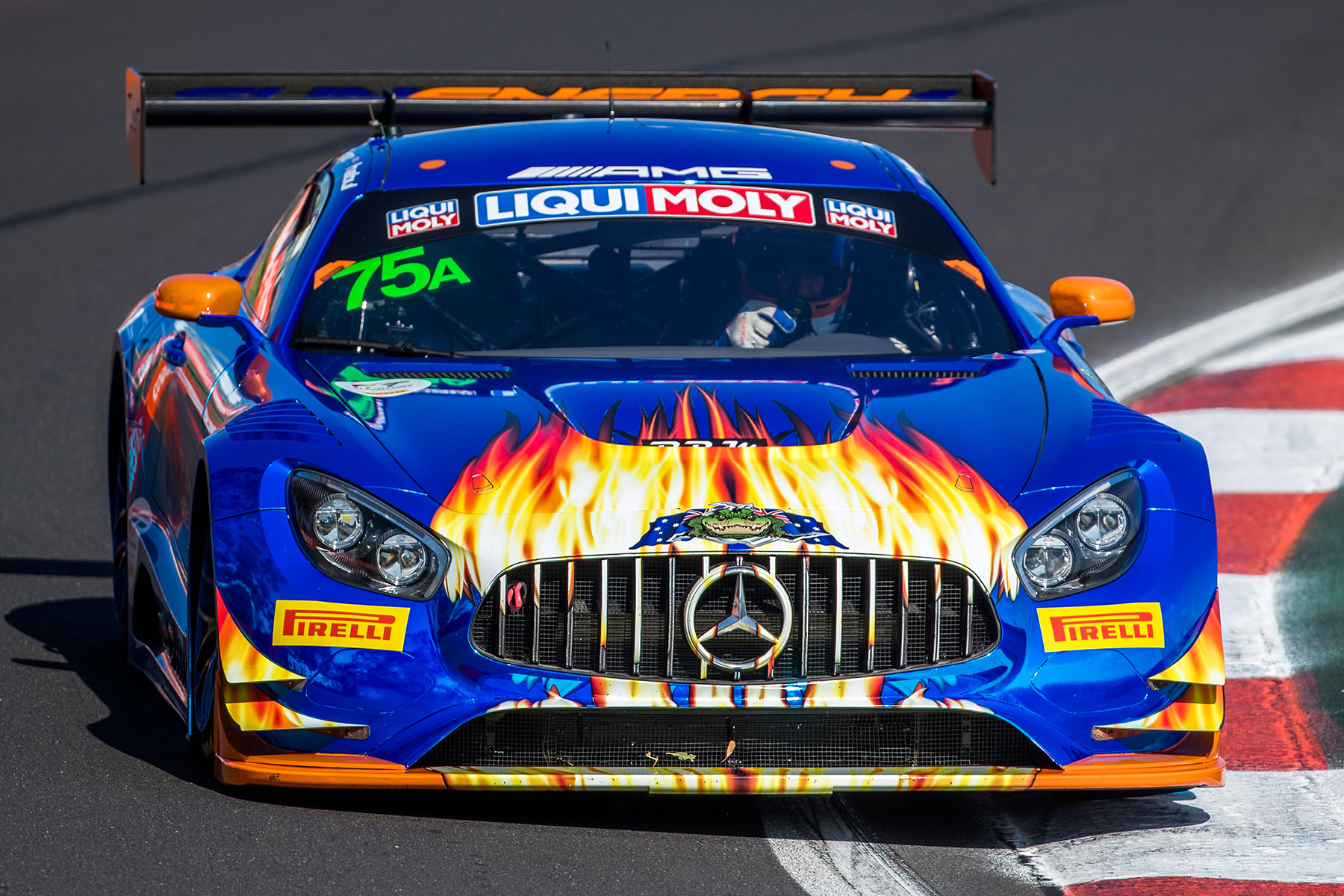 Habul makes his AGT debut in Melbourne, but despite his amateur status, he has immense experience, with a career that has spanned more than 20 years in a variety of categories from Australian Formula Ford through to NASCAR in the USA. A passionate competitor, Habul is perhaps best known globally as the President and CEO of SunEnergy1, which was ranked the fifth largest developer of utility-scale solar projects in America.

His 2018 Bronze Driver’s title in the Intercontinental GT Challenge came off the back of podiums at the Bathurst 12 Hour and Spa 24 Hour races ahead of a victory in the Suzuka 10-Hour in Japan, before closing out the season with a fourth-placed finish at Laguna Seca to comfortably claim the series victory.

He is no stranger to racing in Australia, nor the thunderous Mercedes-AMG GT3, having finished second in last year’s Bathurst 12 Hour in 2018 alongside IMSA WeatherTech co-driver Tristan Vautier, Supercar champion Jamie Whincup and 2018 Blancpain Sprint Series champion Rafaelle Marciello, whilst this year he was joined Dominik Baumann and Thomas Jaeger. The trio were one of the most competitive AMG teams in the field and on track for a podium return before a rock through the radiator ended their run at two-thirds race distance.

For Australian fans it is expected that the Grand Prix won’t be the only time we will see Habul, with plans for the Mercedes regular to contest both the Gold Coast and Sandown sprint events alongside Supercars.

Habul won’t be the only driver campaigning a Scott Taylor Motorsport [STM] AMG though, with returning Australian Endurance Champion Max Twigg jumping back behind the wheel of the WM Waste machine for the Sprint rounds. 2018 team-mate Tony D’Alberto will then re-join Twigg for the Australian Endurance Championship events to defend their 2018 title, campaigning the car that Supercar team-mates Craig Lowndes, Jamie Whincup and Shane Van Gisbergen drove in this year’s 12 Hour, whilst Habul will be back in the #75 SunEnergy1 Racing AMG GT3 12 Hour entry which was in fact Twigg’s championship winning mount from 2018.

The third member of the Mercedes-AMG squad for the Australian Grand Prix is arguably the category’s most experienced campaigner – Eggleston Motorsport driver Peter Hackett, the Melbourne-local having made his AGP debut in 2010, a venue where he has a number of podium finishes to his name, although unlike Max Twigg (two wins in 2010), he is yet to grace the top step at Albert Park.

With four wins from four starts (two apiece to STM driver Craig Baird and Aussie Driver Search star Jaie Robson) during the 2018 season-opener in Melbourne, Mercedes-AMG arguably start favourites on the 5.303-kilometre Albert Park street circuit, although they will have no shortage of rivals across the four 25-minute sprint races.

Their track-record too at Albert Park has been impressive. Since the introduction of the AMG GT3, the German marque has claimed six race wins across the last 12 starts, the next best manufacturer being Audi with three wins across the same period, the mighty three-pointed star also holding the fastest GT3 race lap around Albert Park, with Baird setting a blistering 1:54.7311 in race one last year.

The Australian Grand Prix event will begin for the Australian GT teams on Thursday, 14 March, with two qualifying session ahead of the first of four 25-minute races, one for each day of the event.