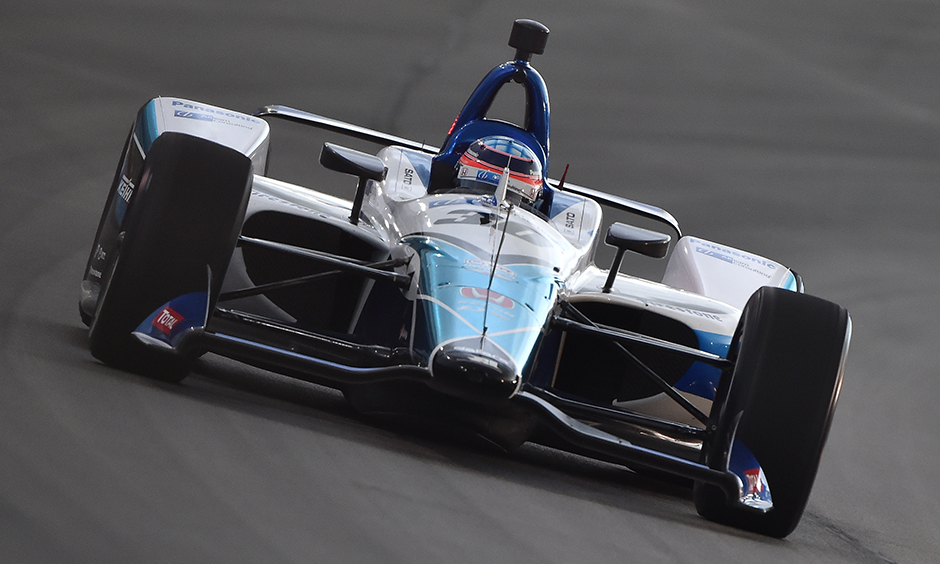 The Rahal Letterman Lanigan Racing driver circled Texas Motor Speedway at an average speed of 220.250 mph for two laps Friday evening in the No. 30 ABeam Consulting Honda. The 42-year-old veteran of nearly two decades competing in Formula One and the NTT IndyCar Series said winning the pole position at one of INDYCAR’s famous tracks made the accomplishment more special.

“Here in Texas, it’s kind of dreaming about it to be on pole,” Sato said. “I’ve been saying that to the guys, that this is one of the iconic tracks in the NTT IndyCar Series – high banking, very fast passing. … To be on pole is great.”

The pole was the ninth of Sato’s 10-year NTT IndyCar series career, second this season and first at Texas Motor Speedway. He’ll lead the 22-car field to the green flag in Saturday’s 248-lap race under the lights.

“Certainly the team gave us unbelievable speed in the car,” Sato said. “Just a phenomenal feeling to go that fast through the corners. In fact, I was keeping on the lower side of the range. The car is working extremely well.”

Scott Dixon, the defending Texas race winner and reigning series champion, will start alongside Sato on the front row. Dixon was second fastest in qualifying with two-lap average of 220.162 mph in the No. 9 PNC Bank Chip Ganassi Racing Honda. Dixon fell short of winning the pole by less than 0.02 of a second over the three-mile run.

“Don’t feel like we did too much wrong in that qual run,” said Dixon, a three-time winner at TMS. “(I) got a little bit loose in (Turns) 1 and 2 on the second lap; definitely scrubbed some speed. I think that could have been enough. We were actually bottoming in (Turns) 3 and 4 as well. Always a few things you can clean up, (but) great starting position for us.”

Honda-powered cars locked up the top four spots in qualifying. Sebastien Bourdais was third in the No. 18 SealMaster Honda (219.746 mph), his best qualifying effort in six tries at TMS. Ryan Hunter-Reay was fourth in the No. 28 DHL Honda (219.537 mph).

“I actually turned the fastest lap in qualifying on Lap 1 (220.443 mph),” Bourdais said. “I maybe pushed it a little far that lap, so we had a dropoff on Lap 2. I’m just really happy for the guys, they did a really good job.”

Simon Pagenaud led the Chevrolet brigade in qualifying. The pole sitter and winner of the 103rd Indianapolis 500 presented by Gainbridge two weeks ago was fifth fastest Friday at 219.355 mph in the No. 22 DXC Technology Chevrolet. Spencer Pigot was sixth in the No. 21 Ed Carpenter Racing Chevy (219.099 mph).

Championship leader Josef Newgarden will start seventh after qualifying at 218.666 mph in the No. 2 Fitzgerald USA Team Penske Chevrolet. Newgarden leads Alexander Rossi by 15 points going into the race.

Tony Kanaan, a winner at Texas in his 2004 NTT IndyCar Series championship season, slapped the Turn 2 SAFER Barrier on the first lap of his qualifying attempt and did not register a speed in the No. 14 ABC Supply AJ Foyt Racing Chevrolet. The nine-time podium finisher at Texas will tie team owner A.J. Foyt for second in all-time Indy car starts with 369 from the last position in the 22-car field on Saturday.

“The car just wouldn’t turn and shot up the track, which ended with me brushing the wall,” Kanaan said. “We need to go back and look at the data to find out what happened. (Saturday) will be a long night for us if we don’t get this figured out for the race.”

Marco Andretti made a sensational save on the second lap of his run, avoiding the same Turn 2 barrier, but qualified 21st in the No. 98 U.S. Concrete/Curb Honda (206.901 mph).

“The front (of the car) gave up first and then we had a big save – it was a tank slapper all the way throughout,” Andretti said. “I’m super disappointed; we were on a good run. I turned in flat but didn’t have it. We’ll have to focus on solid stints (Saturday) to get through traffic with the U.S. Concrete car.”

Saturday’s race will be the 31st for the NTT IndyCar Series at Texas Motor Speedway since the facility opened in 1997. Live coverage begins at 8 p.m. ET Saturday on NBCSN and the Advance Auto Parts INDYCAR Radio Network, with the green flag expected to wave at 8:45 p.m.