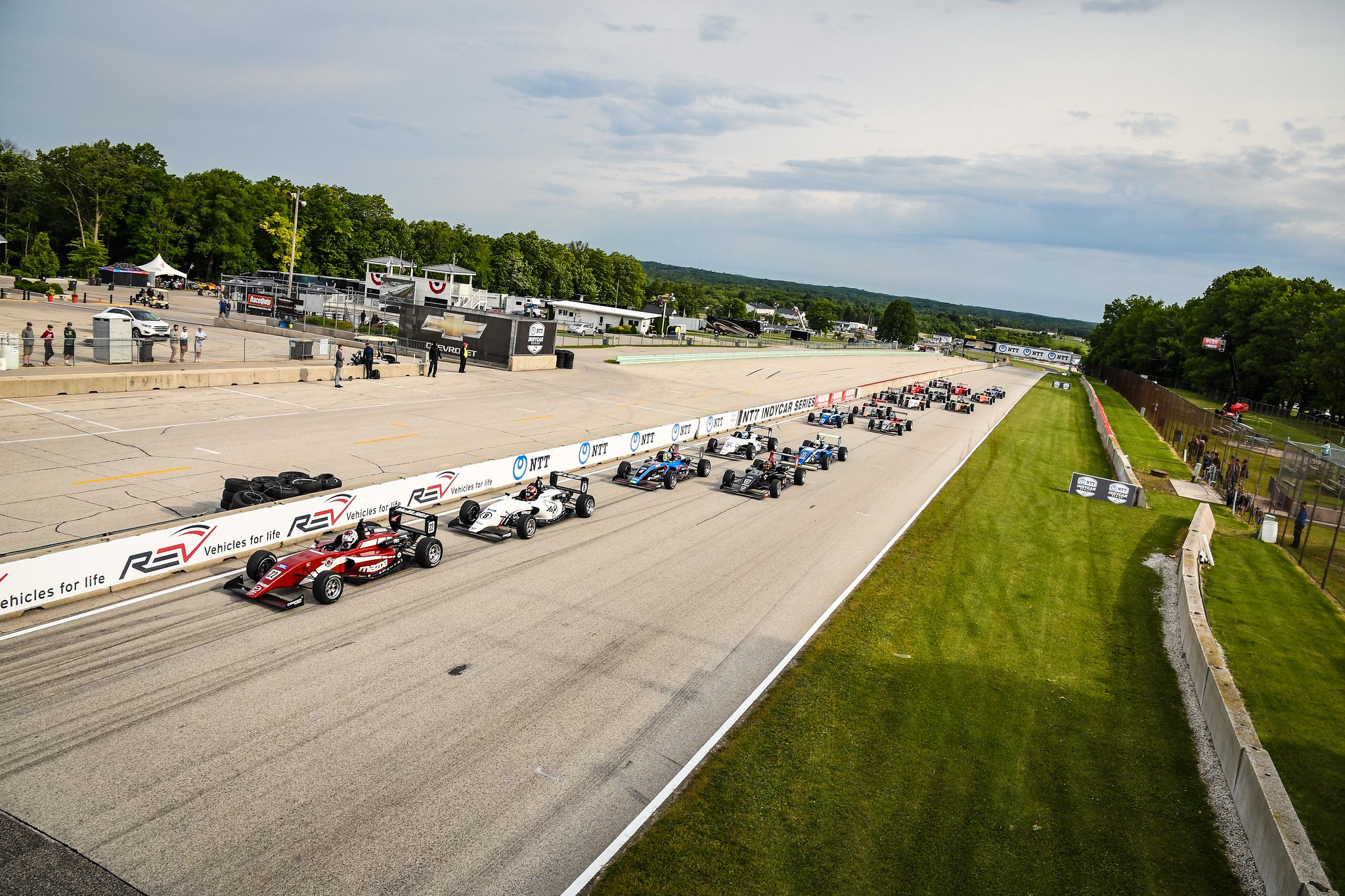 2018 Australian Formula Ford Champion, and 2018 MRTI Mazda Scholarship Winner Hunter McElrea, was
able to showcase his talent at Road America for Round 6 & 7 of the USF2000 Championship this weekend,
notching up his first pole position, and race win on the Road to Indy.

The young New Zealander was able to start the weekend off the perfect way, comfortably topping the time
sheets in the opening and single practice session by over a tenth of a second. After sitting on provisional
Pole for majority of the first qualifying session, Hunter was pipped by a minuscule 0.03 of a second.

However, McElrea was able to bounce back in Qualifying 2, dominating the session to take his maiden
USF2000 Pole by just under 0.3 of a second.

“That was awesome, we dominated the whole session and the car was absolutely a pleasure to drive. We
have been so close literally every session so far this year, so it feels so good to finally get a Pole.” McElrea
said.

Starting on the inside of the second row in race one, McElrea was able to work his way into the lead in two
laps, then streak away from the field lap by lap, to take a dominating, maiden USF2000 win.

“This feels like an entire elephant off my back – maybe two,” said McElrea. “This is what you work for, these
moments. I knew I had the guys behind me to do it, it was just a matter of time. I’m so glad to bring this
result to Augie and the team, they deserve it.Starting off Pole Position for Race 2, disaster struck on the pre grid, as McElrea’s engine was stuck in limp mode – meaning it was looking like he would not be able to lead the field to the green. Luckily, the team where able to figure a way to get the young gun out on track, McElrea was able to bring home a strong 3rd place finish, despite being hampered by unfortunate engine issues throughout the race.

“It was a really good weekend for the whole team,” McElrea said. “We came out with a double podium, pole
position, and a race win. Whenever you can say that, it’s a massive positive. Thanks so much to the whole
team. They gave me an amazing car this weekend. There’s no doubt in mind that we had the quickest car.

“Unfortunately, we had a little issue before the race (Round 7) which meant that it was a positive for us to
get out there and grab the podium. I’m so thankful for all the guys (on the team) and Mazda Motorsports for
this amazing scholarship opportunity. I can’t wait for Toronto already!”

7 races into the Championship, Hunter is currently sitting 2nd in the points race, with 8 Races remaining.
Hunter now sets his sights to Rounds 7 & 8 of the 2019 USF2000 Championship Presented by Cooper
Tires, at the Toronto Street Track in just under three weeks time. 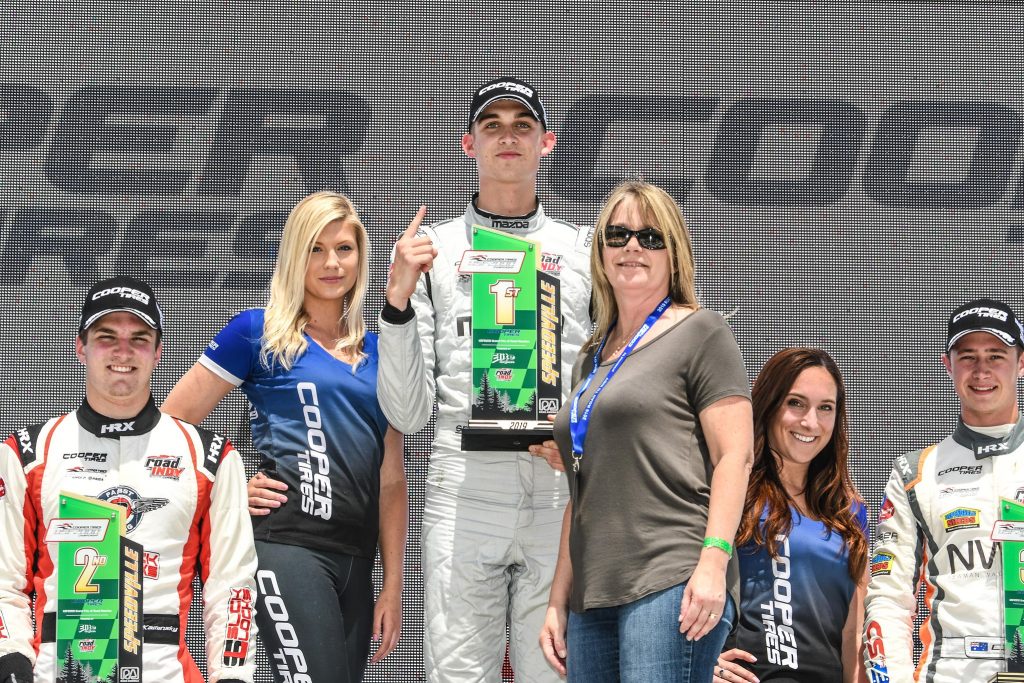 “I recently just finished Round 6 & 7 of the USF2000 Championship at Road America. ”

“It was an amazing weekend, and I was able to get my first USF2000 Pole Position, Race Win, another double Podium and close in on the Championship lead.”

“I was unlucky to have an engine issue in Race 2, which meant that I almost was not able to do the race, but I was able to salvage a podium which was a good result considering, although I am confident I would have been able to win that race.”

“Nevertheless, it was a great weekend – and I can’t wait for Round 8 & 9 in a couple of weeks in Toronto, Canada.”

“Thank you to everyone that makes this possible for me, especially Mazda Motorsports, Pabst Racing, my awesome sponsors & supporters from Australia, I am living my dream!”