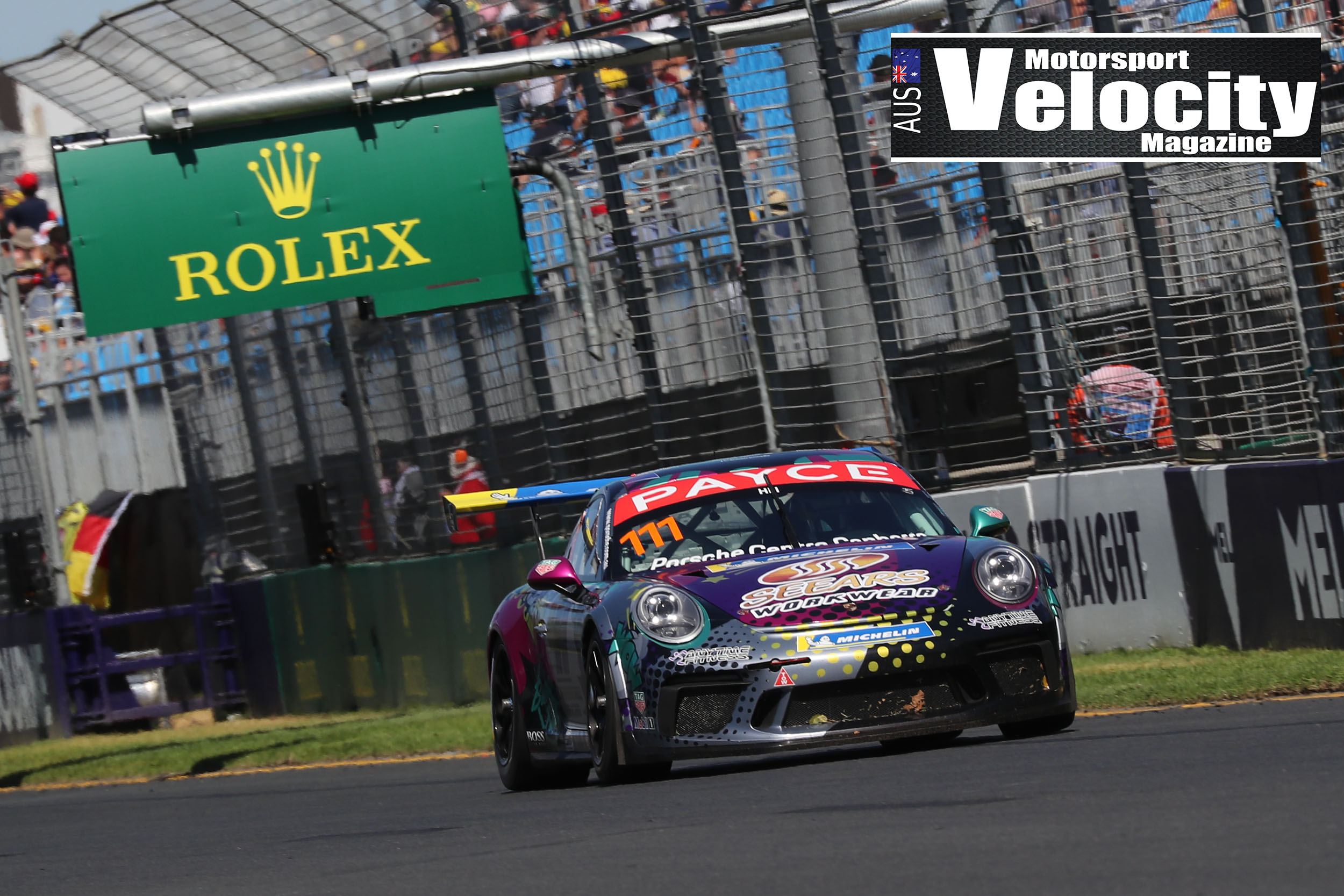 Cameron Hill has emerged from an exciting, side-by-side battle with experienced racer Warren Luff to chalk up his second-consecutive fourth-place race finish in Carrera Cup at the Australian Grand Prix today.

Starting fourth on the grid, Hill ran side-by-side with Luff for several corners before he finally tucked in behind the five-time Bathurst 1000 podium finisher.

“In the first few corners, Warren and I had a great battle until Turn 5, where I was forced wide and had to tuck in behind him,” Hill said.

“You certainly learn a lot from racing wheel-to-wheel with drivers of Warren’s calibre. The best thing was, once he got ahead, I was able to keep up with him comfortably… I just couldn’t quite get past him!”

Hill said the car was strong over the entire race.

“There were no Safety Cars today, so tyre management became a factor, and my lap times didn’t drop off much towards the end, which is definitely a positive,” he said.

“Finishing fourth again is another strong result, and another valuable points haul. Because the cars are so evenly-matched and overtaking is so difficult, the start of the race and the first few corners are particularly important – hopefully I can make up some places tomorrow!”