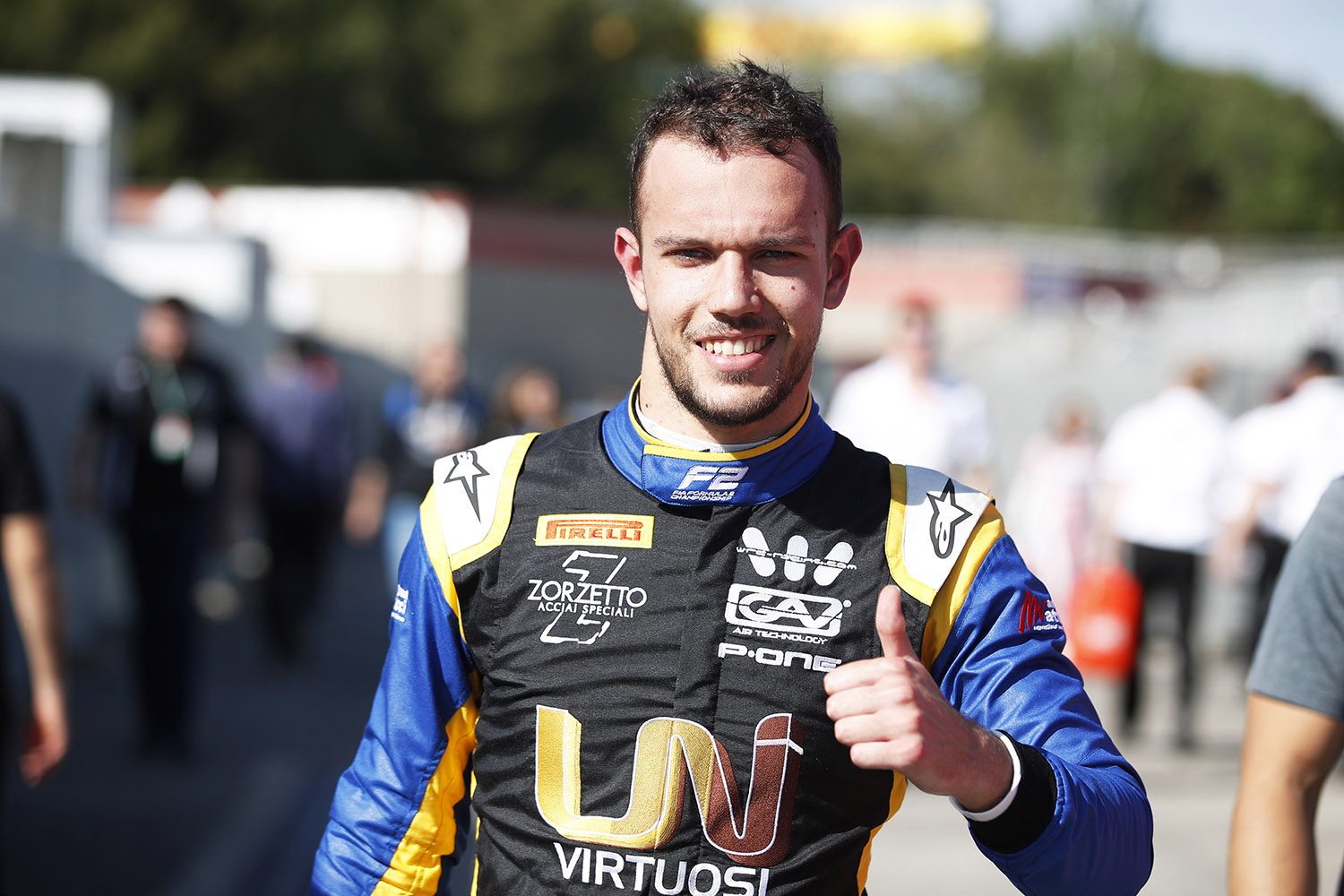 UNI-Virtuosi’s Luca Ghiotto continued his so far flawless weekend to seal pole position in the dying embers of qualifying at the Circuit de Barcelona-Catalunya. The free practice pace setter left it late to top the timings, setting 1:28.031 with less than a minute to go, ahead of DAMS’ Nicholas Latifi and UNI-Virtuosi teammate Guanyu Zhou.

His first placed finish ensured that the Italian showed no repeat of Round 2, where he stole the show in free practice, before suffering a lull in qualifying. It was double delight for UNI-Virtuosi as Zhou secured the best qualifying positon of a rookie so far this season.

Nyck De Vries and Ralph Boschung were first to hit the circuit in identical weather conditions to this morning’s qualifying session. It was the former who set the early standard, with a laptime of 1:28.907. Spotting this, Aitken rolled up his sleeves and lapped the circuit 0.501s faster for provisional pole.

Ghiotto tested the water early on with a lap quick enough for third place, missing out on first by 0.086s, after a slower final third. He would then return to the pits for fresh rubber, along with the rest of the grid.

The pack returned to the track simultaneously and were subsequently bunched up. This saw Sean Gelael and De Vries nearly come to blows, as the two hunted side-by-side in the first sector.

With Aitken out of his car and seven minutes remaining, Latifi tore up the Campos driver’s time and set a new best lap of 1:28.212, quickly followed by Zhou and De Vries – the former missing out on first by just 0.037s.

Making the most of fresh tyres, Ghiotto sent a gentle reminder to the rest of the grid of exactly what he can produce over one lap when he’s in his pomp, snatching P1 from Latifi. The Italian’s pole winning laptime of 1:28.031 was 0.112s quicker than the time set by last year’s poleman in Barcelona, Alex Albon.

Attention will now turn to the Feature Race tomorrow at 4.40pm, where Ghiotto and UNI-Virtuosi will look to continue their dominance at the Circuit de Barcelona-Catalunya.