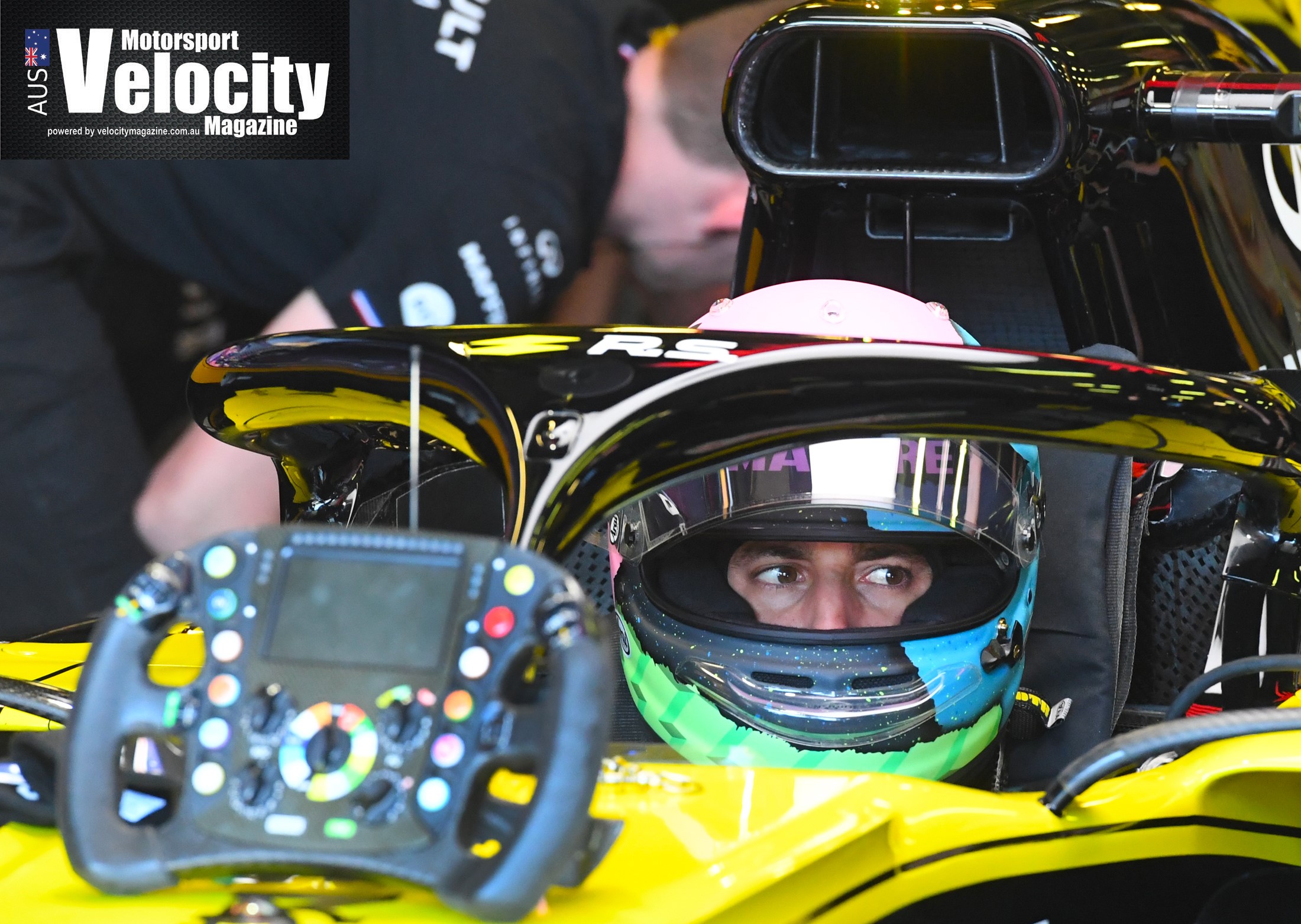 Scott McLaughlin and the Shell V-Power Team continued to head the field after the first race at Albert Park. McLaughlin maintained his 100% win rate with a flag to flag win from teammate Fabian Coulthard, with fellow Ford pilot Cameron Waters in third. In fact it was a Mustang lock out for the top five finishers as Will Davison claimed 4th and Chaz Mostert  5th. It was a stellar recovery from the Supercheap Auto driver who started from 22nd after a poor result in qualifying dropped him to the rear of the pack.

Scott McLaughlin led Coulthard off the line as Waters and Davison followed in the run to the first corner. Shane van Gisbergen managed to hold onto the rear of Davison and gained 4th a short time later. The Shell V-Power pair quickly moved away from Waters, while Mostert charged through the field, picking up the Nissan and Commodore runners seemingly at will.

Davison was the first of the lead group to pit, with the rest of the Mustang drivers following shortly after. Shane van Gisbergen ran long and looked to gain position late race with a shorter pitstop and fresh tyres for the final run to the flag. His plan looked to have come unstuck when he emerged behind Davison, with Time Slade close behind. Slade drove around the outside of the Red Bull Holden Racing Commodore at the exit of turn 2 as van Gisbergen worked his tyres up to temperature. He regained the position shortly after and moved up to challenge Davison as the laps counted down. Davison put up little resistence when van Gisbergen made a move at turn 15 during the 19th lap of the race. He looked assured of 4th place until he slowed at the exit of turn 1 and parked the car on the grass run off at the approach to turn 2. A splatter of blue liquid appeared on the rear flank of the #97 Commodre as Shane climbed out from the car and headed to the marshal’s tent for water as yellow flags covered the stranded car off the edge of the circuit.

Scott McLaughlin controlled the final laps of the race to take the win from Coulthard, Waters, Davison and Mostert. Tim Slade claimed the Commodore honours for the race from James Courtney and Jamie Whincup. 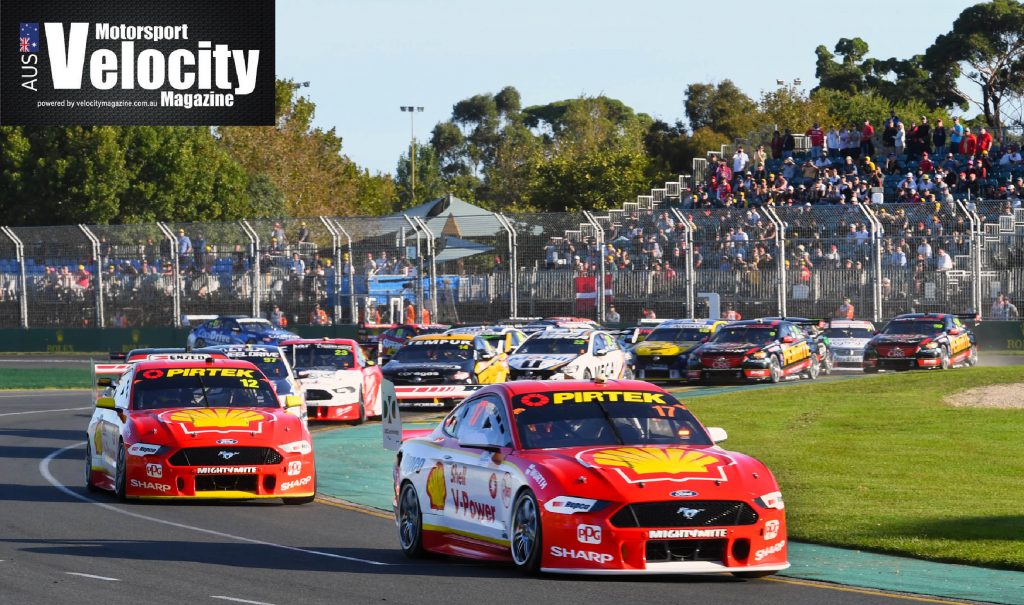 Lewis Hamilton and Mercedes emerged as the fastest after the first day of Formula One at the Australian Grand Prix. Hamilton topped both FP1 and FP2. After setting a best time of 1.23.599 in FP1, Hamilton lowered the benchmark on the soft tyre in FP2 with a 1.22.600. The Mercedes ran for a total of 59 laps of the two sessions. Valtteri Bottas joined his teammate as the only ones to drop into the 1.22 bracket, while Max Verstappen recorded the 3rd best time late in the session after he had sat behind the Renaults of Nico Hulkenberg and Daniel Ricciardo for much of the 90 minute session.

The Renault team was not without their fair share of issues as both Hulkenberg and Ricciardo spent time in the garage. Hulkenberg’s car was partially dismantled as the team looked to rectify an electronics issue. Daniel Ricciardo was forced to climb out of his car at the start of FP2 with a seat belt issue. The team looked to solve the problem with a hammer, before Ricciardo climbed out one of the belts was replaced. The pair eventually logged 68 laps during FP2. 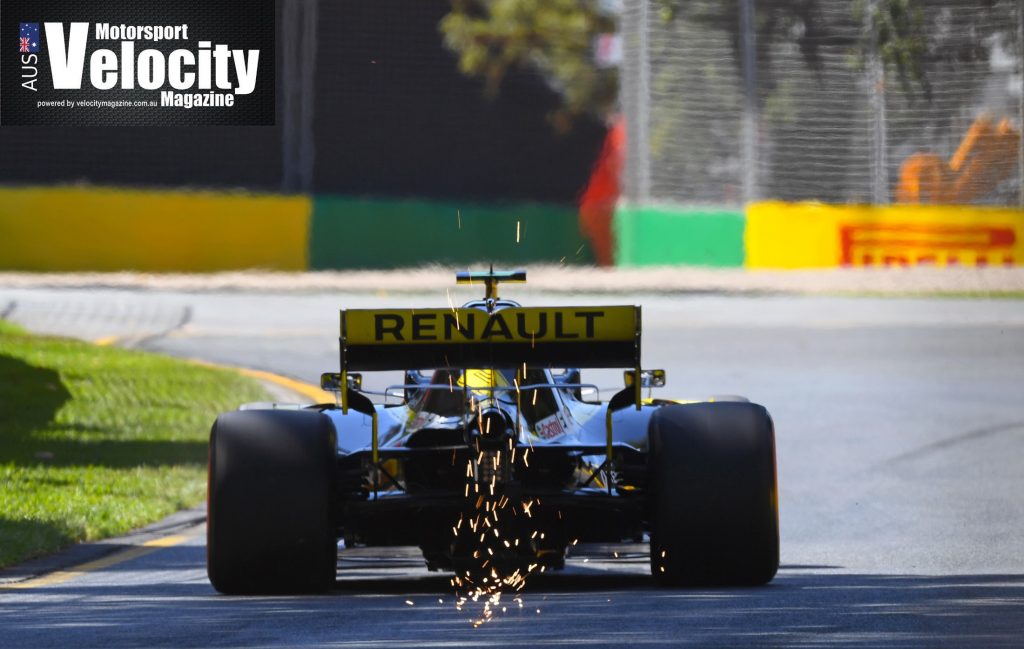 Piere Gasly has outshone Verstappen for most of FP2 only to drop back to 4th at the chequered flag. Sebastian Vettel was 5th in the afternoon after he had recorded the second best time earlier in the day. Charles LeClerc dropped down the order in the afternoon having finished FP1 in 3rd. Positions 3 to 12 were separated by just over half a second, which suggests that the battle for the top 10 will be a close fought affair on Saturday afternoon.

The Williams team appear unlikely to threaten the top order as Robert Kubica and George Russell continued to struggle with the car, which was literally finished during the recent tests just prior to the Australian Grand Prix.  The Williams pair finished over 5 seconds behind Hamilton’s best time. The Williams engineers were left to scratch their heads and the mechanics faced with a job to do overnight as the team looks for pace.