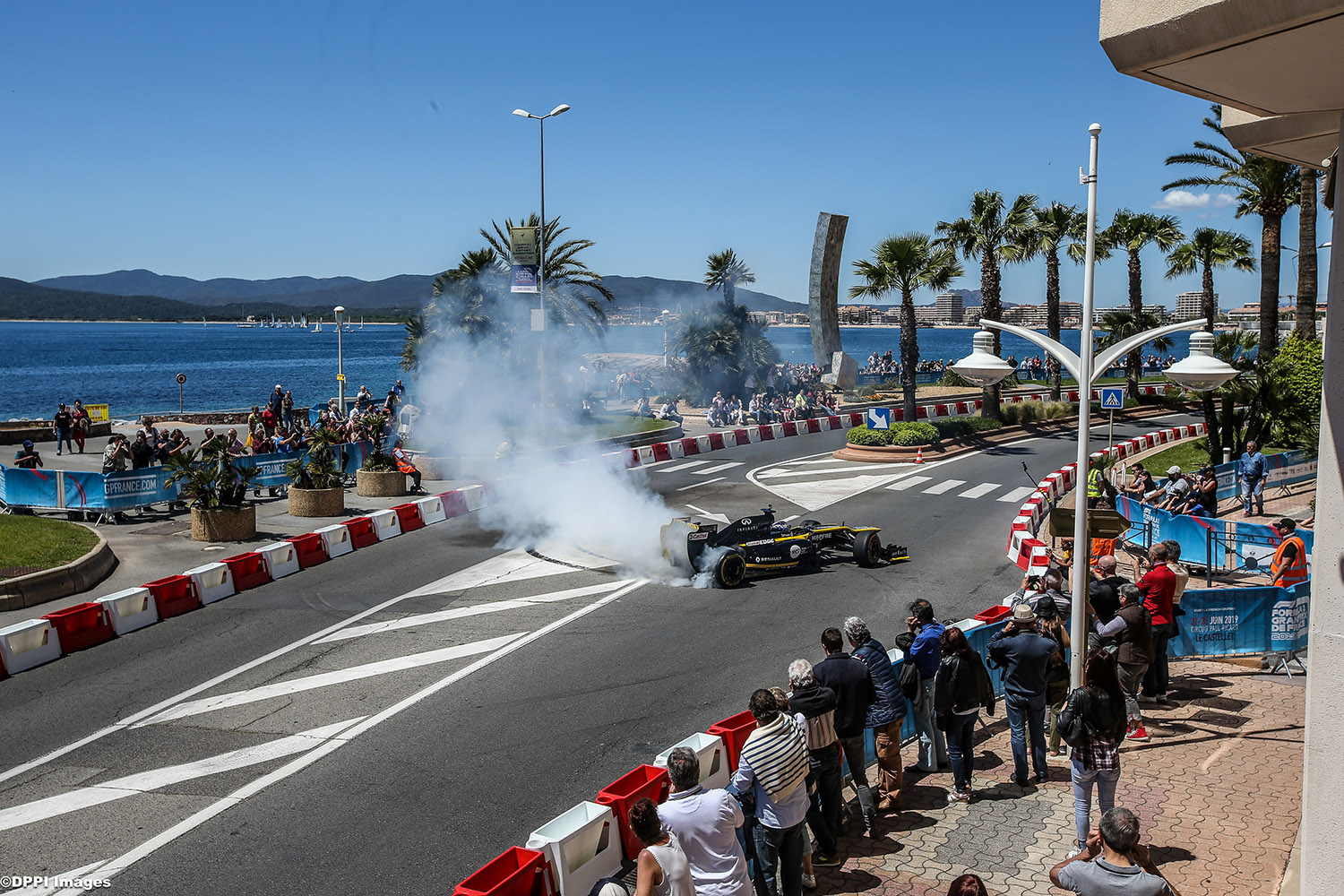 The national roadshow tour of the Formula 1 Grand Prix de France with Renault F1 Team ended yesterday in Saint-Raphaël after producing an exceptional show in fifteen French cities and gathering more than half a million spectators.

The Formula 1 Grand Prix de France and Renault F1 team chose the Saint-Raphaël waterfront to finish their national roadshow tour, which began at Disneyland Paris on April 6, where thousands of people and fans gathered to watch this sensational show. Russian driver Sergey Sirotkin, the current third driver of the Renault F1 Team, enthused the public at the wheel of his powerful Formula 1 E20 single seater powered by Renault with donuts and drifting.

In addition to the demonstrations, the “F1 village” offered, as at all previous events, numerous activities such as Formula 1 driving simulators in virtual reality and others on cylinders, tyre change workshops, reflex tests, conferences and signing sessions with the driver.

These events, in the run-up to the Formula 1 French Grand Prix, which will take place from June 21 to 23 on the Paul Ricard circuit in Le Castellet, were a total success throughout the national tour, which included fifteen dates across France. Renault F1 Team drivers Daniel Ricciardo, Nico Hülkenberg, Sergey Sirotkin and Jack Aitken as well as Renault Sport Academy drivers shared the wheel of the Formula 1 E20 single-seater and the R.S.01. to meet the public and fans and bring unique emotions to the spectators.

Gilles Dufeigneux, General Manager of the GIP Grand Prix de France – Le Castellet:“After about fifteen dates in France, the roadshow tour of the Formula 1 Grand Prix de France ended in Saint-Raphaël. More than half a million spectators were able to discover unique demonstrations of the 60th edition of the Formula 1 French Grand Prix. I invite all motor sport lovers to join me from June 21 to 23 at Circuit Paul Ricard du Castellet to experience together this great popular celebration that is Formula 1.”

Cyril Abiteboul, Managing Director of Renault Sport Racing: “As a French team, we are delighted with the success of this major national tour and the opportunity to meet the public and our fans. We are proud to have participated in this initiative to promote the second edition of the Grand Prix de France and Formula 1. More than half a million spectators came to the roadshows in amazement during the fifteen stages, which shows that the passion is still alive. For Renault, the target has been met and even exceeded.”