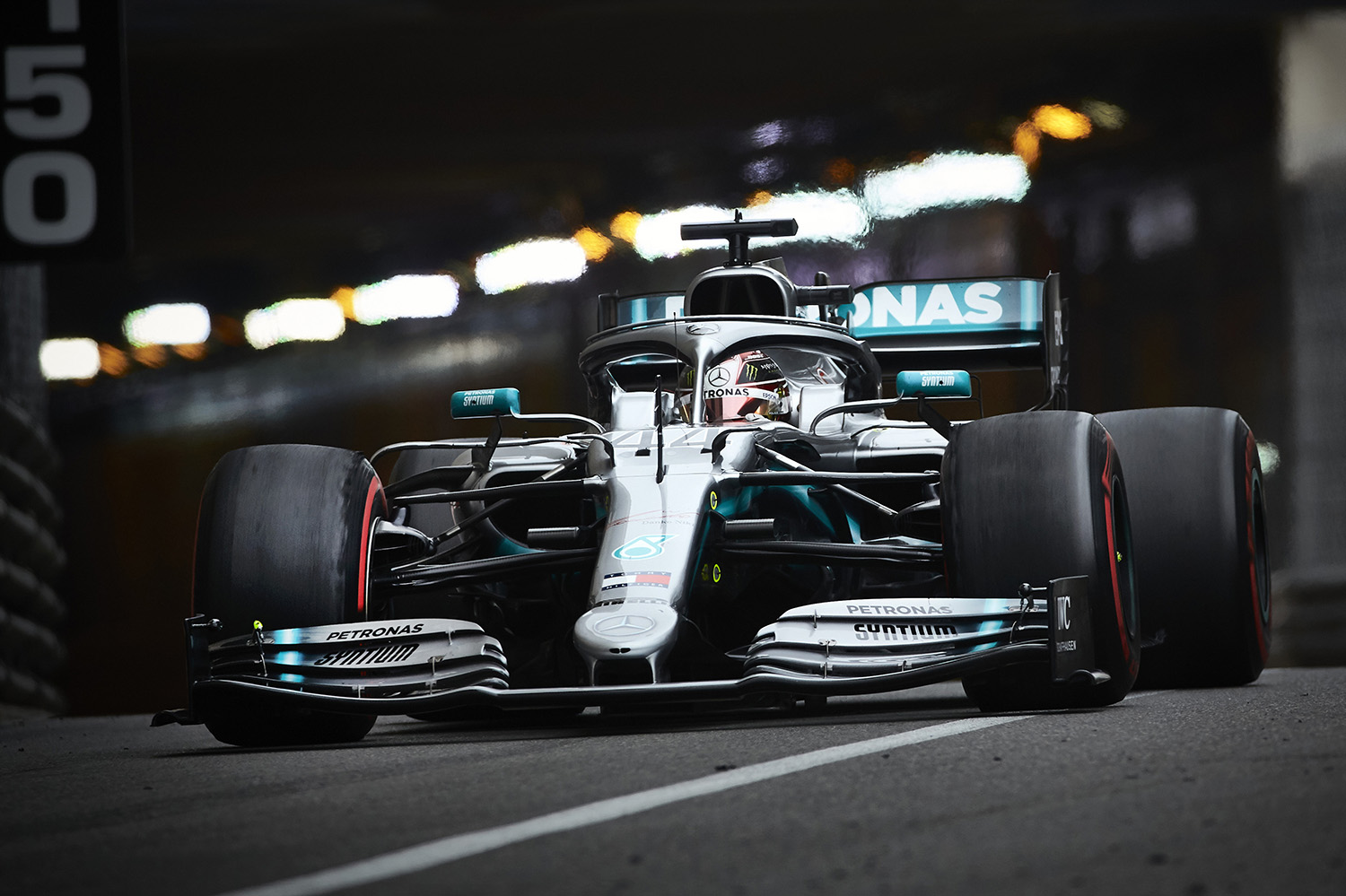 Lewis Hamilton set the early running for the 2019 Monaco Grand Prix from Max Verstappen and Valtteri Bottas. Sebastian Vettel, Charles LeClerc and Pierre Gasly completed the top 6. Gasly was fortunate to escape unscathed when the back of his Red Bull RB15 stepped out unexpectedly as he rounded the swimming pool complex.

Nico Hulkenberg emerged as the next of the best with a time just over a second off Hamilton’s best. In fact the top 14 were within 2 seconds, which only amplifies the need for a good qualifying position. Daniel Ricciardo finished just outside the top 10 as drivers looked towards FP2 when the green track would begin to rubber up.

Both Haas and McLaren had issues during the session which limited track time. The Haas cars suffered a communication failure and had to be black flagged at the team’s request to bring the cars back to the pit lane.

The second practice session set an ominous tone for the weekend as Lewis Hamilton topped the time sheets in yet another Mercedes AMG Petronas Motorsport 1-2. The 0.7 sec gap to Sebastian Vettel in 3rd was even more of a worry as the rest of the field continue to look for ways to try and bridge the gap to the Silver Arrows, with another Constructor’s and Driver’s championship seemingly already well on the way to Mercedes.

Max Verstappen’s session was interrupted by a water leak caused by debris penetrating a radiator and missed much of the session. Once on track the Dutch driver complained about the handling of his car.

“The car has no grip at all, sliding, understeering,” Verstappen told his engineer. The Red Bull glanced the wall at the swimming pool chicane but continued without damage to claim the 6th fastest time, two places behind teammate Gasly and one behind the impressive Alexander Albon in the Toro Ross.

Traffic played a major role in the session as drivers looked to conduct qualifying simulation runs and many, including Ferrari’s Charles Leclerc were hampered. Leclerc managed the 10th fastest lap some 1.2 seconds behind Hamilton. Renault also complained of slower cars as both Hulkenberg and Ricciardo dropped down the order to16th and 17th respectively, while Kevin Maganussen and the Haas team continued to be around the best of the rest.

Teams have a day to look for a way of catching the Silver Arrows with Friday the traditional rest day for the Formula One circus in Monaco and many have a lot to do, with Williams, Racing Point and Renault all in the danger zone for Q1 elimination at this stage.