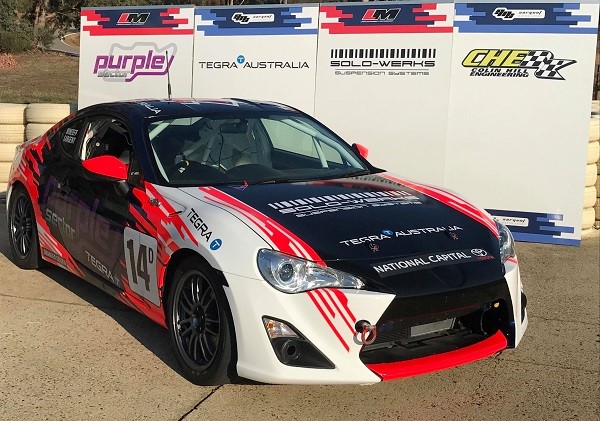 Young guns Tom Sargent and Lachlan Mineeff have completed their final preparations ahead of this weekend’s Hi-Tec Oils Bathurst 6 Hour, and are ready for their maiden outing at the Holy Grail of Australian motorsport in the CHE Racing Toyota 86.

At 16 and 17 respectively, Mineeff and Sargent will be the youngest driver combination on the grid in this year’s race. Both drivers carry strong form into the race meeting; Sargent won the first round of the Australian Formula Ford Championship at Sydney Motorsport Park a fortnight ago, while Mineeff also ran inside the top five. However, they acknowledge this weekend will be a completely different challenge.

“I’m super excited for the weekend, it feels a bit surreal to be racing at such a famous racetrack,” Sargent said.

“I drove my road car to Bathurst on the weekend, and cut a few laps.

“Coming down the hill through the Esses, I was driving well below the speed limit and it still felt like I was going really fast, so I can only imagine what it’s going to be like at race speed!”

Both drivers have also been doing simulator work and fitness training in preparation for the longest race of their careers.

“In Formula Ford, the races are very intense, because the cars are so close in speed, but they’re also quite short – only 15 or 20 minutes,” Mineeff said.

“This weekend, we’re going to be doing stints up to 90 minutes, and we’ll have to deal with other factors like passing slower cars and being passed by faster cars.

“I’ve been doing a lot of simulation work at Race Stars in Bowral – the track has been laser-scanned so it’s very realistic, and I’ve been doing some extended sessions to simulate long stints.”

Sargent said fitness training has also been a major focus.

“I’ve been going to the gym, and doing lots of constant workouts with no breaks in between,” he said.

“I want to ensure I’m in peak physical condition, and not at risk of suffering fatigue in the car, which would affect my performance.”

Practice for the Bathurst 6 Hour commences on Friday.