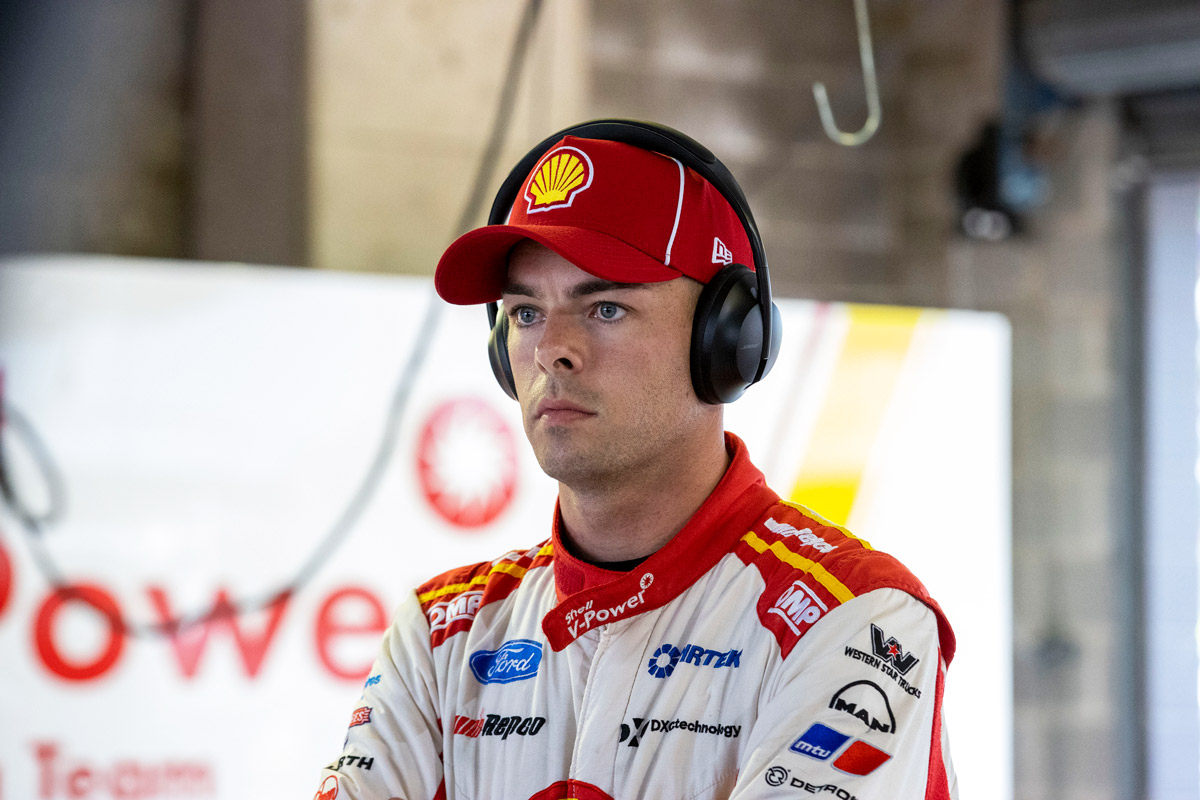 After 1,800 laps over the course of 13 races, the 2020 NTT INDYCAR SERIES championship comes down to a battle between Scott Dixon and Josef Newgarden.

Here are five non-championship things to watch for this weekend.

Virgin Australia Supercars champion Scott McLaughlin will make his highly anticipated NTT INDYCAR SERIES debut at St. Petersburg as he weighs his options for the next stage of his racing career.

The New Zealand native, who wrapped up his third straight title for DJR Team Penske in the Australian touring car series, impressed in three preseason tests with Team Penske’s INDYCAR squad, including finishing in the top three at the series Open Test at Circuit of the Americas.

“I’m super pumped to finally get a crack at my first INDYCAR race,” McLaughlin said. “Feels like it’s been years since I was part of spring training, but due to COVID-19, we had to hold off. But hey, sometimes the best things are definitely worth the wait. It’s a dream come true to be running an INDYCAR race for Team Penske and Roger (Penske), especially coming off of such a successful Supercars season.

“I’ve been trying to get to know my team as well as possible virtually for a few months now, so it’s been great being able to see everyone in person and work with them. I spent some time last week running in the simulator as much as I could and spent some time at the race shop, as well, to prepare for this weekend. It was a quick turnaround from Bathurst since I flew to Charlotte immediately after, so I’ve definitely been moving at a fast but really exciting pace just to get to this weekend. The Shell V-Power Nitro+ Chevy team is such a talented group, so I feel like I’m going to be a quick study and learn a lot really fast.” 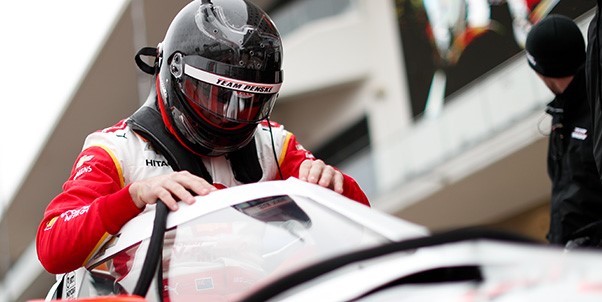 When it comes to the streets of St. Petersburg, no team is better than Team Penske.

The team has nine wins and nine poles at the 1.8-mile temporary street course and boasts one of the circuit’s most successful drivers – Will Power, who has two wins and eight of the poles in the No. 12 Verizon Team Penske Chevrolet.

Power is motivated to end his season on a high note and finish third in the championship ahead of young stars Colton Herta and Pato O’Ward.

“We’ve been out of contention for the championship for a few races now, so we are fully focused on just getting more race wins,” Power said. “St. Pete is such a technical street course, so it can be really fun to race.” 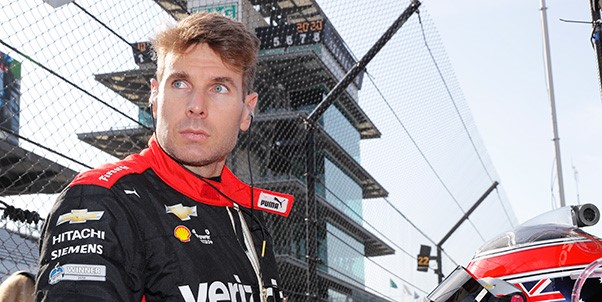 If you’re looking to overtake in the NTT INDYCAR SERIES, the first turn of the 1.8-mile street circuit at St. Peterburg is one of the corners you’re looking forward to driving.

The corner, which turns right off the long and wide Albert Whitted Airport runway, leads into a tight section of downtown St. Petersburg streets. It has been the location of more than 500 on-track passes in the history of the Firestone Grand Prix of St. Petersburg, but it’s also a place where attempts to pass have gone wrong and ended potential winning days.

“St. Pete has been recognized so well for the season opener for a long time, so it feels a little different when you realized that it will be our last race of the season,” said two-time Indianapolis 500 winner Takuma Sato. “Nevertheless, St. Pete has been one of the greatest tracks and we all love it, so I am very happy to go back there. Needless to say, but we are so much looking forward to this challenging street race. Yes, it will add an element of unpredictability as it’s the nature of the street course race, but that’s all good for the show.” 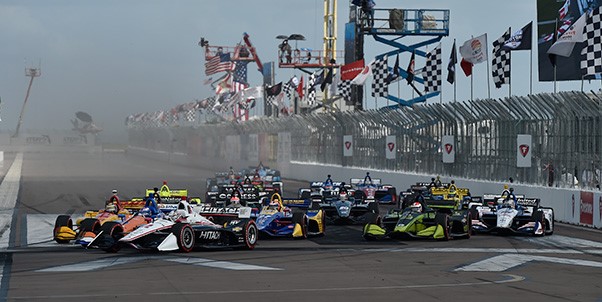 R is for Rookie (and Rinus)

Ed Carpenter Racing’s Rinus VeeKay has all but locked up the NTT INDYCAR SERIES Rookie of the Year Award.

The 20-year-old Dutchman only needs to start the Firestone Grand Prix of St. Petersburg to claim the rookie title over Alex Palou of Dale Coyne Racing with Team Goh and Oliver Askew of Arrow McLaren SP.

“It will be so nice to come back to St. Petersburg,” VeeKay said. “We are finally returning after being there earlier this year, but we were not able to race. Hopefully, I can secure my Rookie of the Year title; it will be a very nice achievement. I am really looking forward to the race. First street course race of the season as the last race, that’s very cool.” 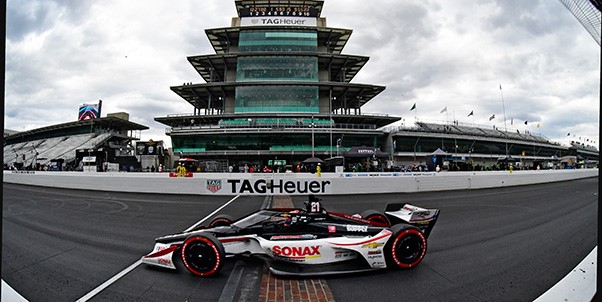 Ending the Year on a High

Of the seven drivers who won races in 2019, only Alexander Rossi hasn’t visited Victory Lane in 2020, meaning the Andretti Autosport driver will have to win at St. Petersburg to extend his streak of seasons with at least one win to five years.

Rossi has history on his side.

In his four previous starts at St. Petersburg, Rossi has an average finish of 7.75 and led laps in the last two races, where he finished third and fifth, respectively.

“I am so thankful that we get to have this event as our season finale, and hopefully we can continue our run of podiums to finish out the year,” said Rossi, who has finished on the podium in the last four consecutive races. “If all the stars align, I know we can get a win before it’s all said and done.” 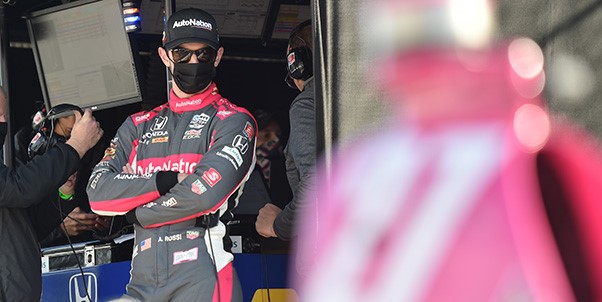 A now American-based Scott McLaughlin is keeping his expectations in check for his high-profile IndyCar debut this weekend.

The three-time Supercars champion departed Australia on Monday, less than 24 hours after starting in the Supercheap Auto Bathurst 1000. 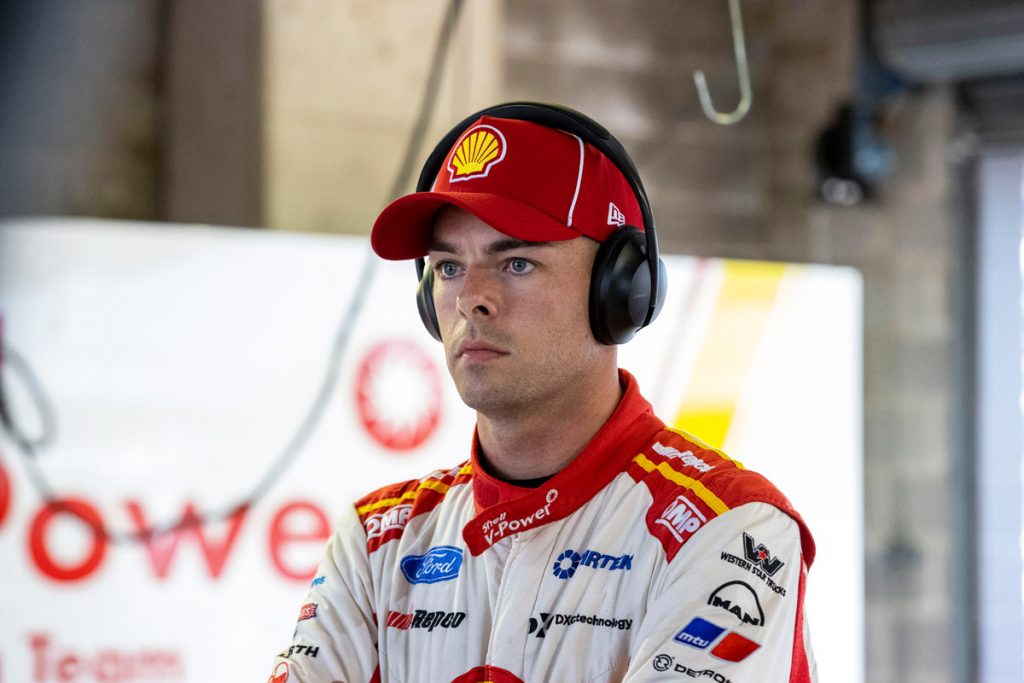 His maiden race appearance in the open-wheel series comes in its season finale on the streets of St. Petersburg, Florida.

With just a single 90-minute practice session to get up to speed against the likes of countryman and points leader Scott Dixon, McLaughlin is realistic about what sort of results he can drag out of the #3 Team Penske Chevrolet.

“It’s a hard one. Like, I just want to do every lap I can, do every pit stop I can,” McLaughlin said in a media call in the US.

“I’m fully expecting this will be the toughest challenge of my career, but I’m looking forward to it.”

With title-contending Penske teammate Josef Newgarden saying a top 10 result would represent “a great weekend” for the Kiwi, McLaughlin responded with a laugh: “I think if I finish top 10, I’ll be doing cartwheels, going crazy!

“I think, look, it depends on what goes on. I’m fully expecting a tough battle.

“I might have a great, great experience running last. I don’t know. It’s not going to change how I feel or whatever. I’ve got a lot to learn. I’m fully expecting I could be last.

Getting a feel for the category comes with importance for the 27-year-old, who is widely tipped to join the IndyCar grid full-time next year as part of an expanded Penske line-up.

“I think there’s still a lot of things that I haven’t come across that I need to learn and need to understand before I actually make a decision, as a team,” he added.

“This is an opportunity. It’s something that I’m just going to go in like a sponge, soak everything up, see what comes out of it.

Upon arriving in Charlotte earlier in the week via Los Angeles, McLaughlin spent time on the Team Penske simulator as part of his final preparations.

“I think I’d be lying if I said I wasn’t feeling some pressure, but it’s probably from myself more than anything,” he said.

“I’m pretty hard on myself in regards to where I’m at, even on the simulator.

“I was a little bit slower than the guys. Most people would be pretty happy still where I was, but I wasn’t.

“I wanted to be closer than I was, which wasn’t far… but I trust my ability.

“I trust what I can do in a race car. I trust the process that Team Penske have put me on. I wouldn’t be here if I didn’t think I was ready and they wanted me to do it.

“That gives me already a lot of confidence in the process.”

Other aspects of McLaughlin’s St. Petersburg preparation have included listening into the #3 crew’s communications at the Indianapolis 500 in August, when Brazilian veteran Helio Castroneves was at the wheel.

“They are all of my pit crew, my engineers. They’re all very similar,” said McLaughlin.

“It was nice to have an idea and an introduction to how everyone talks, gets through the race weekend.”

Practice for the Firestone Grand Prix of St. Petersburg will get underway at 1:55am Sunday (AEDT) before qualifying takes place from 6:05-7:20am Sunday (AEDT).

The race will begin at 5:30am Monday AEDT.  You can watch on Fox Sports and Kayo.