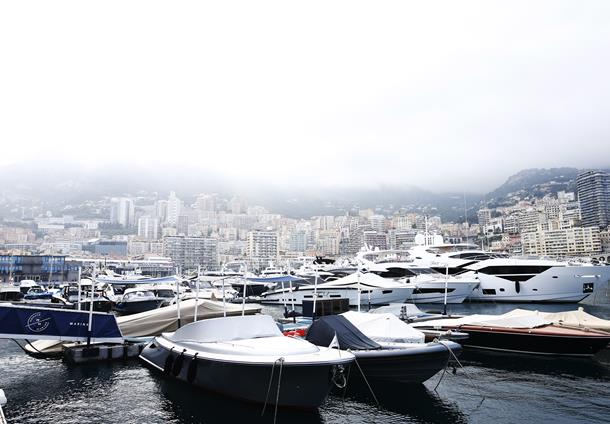 The glitz and glamour of Monte Carlo welcomes Round 4 of the 2019 FIA Formula 2 Championship, two weeks after the season’s exciting third installment in Barcelona.

UNI-Virtuosi Racing’s Luca Ghiotto set the pace during Free Practice under the Spanish sun, and no one could catch him in Qualifying as he secured his second pole position of the season. If the Italian thought he was going to have everything his own way though, the rest of the paddock had other ideas. Championship leader Nicholas Latifi extended his lead at the top after a smartly driven Feature Race saw the DAMS’ ace take the win, before ART Grand Prix’s Nyck de Vries, who has scored points in every round this season, earned his first win of the campaign in the Sprint Race.

A thrilling weekend of high octane drama sees Latifi top of the Drivers’ standings with 93 points, with Ghiotto (67 pts) 26 points behind in second. A single point separates de Vries (63 pts) in third and Campos Racing’s Jack Aitken (62 pts) in fourth; DAMS (126 pts) lead the way in the Teams’ Championship, 25 points in front of UNI-Virtuosi Racing (101 pts) in second and 52 points ahead of third-placed Campos Racing.

The narrow streets of Monte Carlo provide the next tough test for both teams and drivers, with strategy, skill and bravery all necessary to enjoy a successful weekend on the Mediterranean coast. Pirelli are supplying Soft and Supersoft tyre compounds for the weekend, and the smooth tarmac should mean that drivers can push their tyres harder for longer. All the ingredients are there to create a truly mouth-watering weekend.

“It’s Monaco! It’s a very special and unique place. It’s a street circuit, which are always very challenging, and it’s very different to other tracks because it only has one kind of trajectory. Unlike the other street circuit on the calendar – Baku, in Monaco you have one line and as soon as you’re out of that the risk of you crashing becomes very high.

“It’s a very challenging track, and also very physical. It’s mentally draining during the race, but at the same time it’s also a very special place because nothing is like Monaco.

“The tyre approach here is a little bit different to some of the tracks. Monaco is closer to Baku, although there is some thermal degradation because there are a lot of traction zones so you ask a lot from your rear tyres.

“Track position is crucial because overtaking is so difficult, so Qualifying is important. However, everyone always likes to think everything comes down to Qualifying but I think it’s been proven that the races are long enough to be able to recover and a lot of things can happen.

“The main difference in Quali in Monaco, apart from the time you get, is that you just have one set of tyres. Normally, you use two sets during the session, but in Monaco you just have one. But with a slightly lower tyre degradation on this track, you kind of get a second, or even a third chance on your tyres. Even if you only do one run, the amount of push laps is the same as other tracks. It’s slightly different but the crucial thing is to just get a free lap.

“Last year went the way it went, but it doesn’t really get me down because I had my first win there in 2017. Last year I think we were the quickest, even though we missed out on pole which was a bit unfortunate. I’m sure that this year we’ll be back in front and fighting for the win.”

“Formula 2 has been even more in the spotlight recently, following the recent announcement in Spain that the championship will be using 18-inch tyres from next year already, preparing the way for Formula 1. As is the case for Formula 1, tyre wear and degradation will be very low in Monaco while overtaking is extremely difficult, so qualifying – which adopts a unique format for Formula 2 – is going to be a very important moment. The pit stop window is likely to be quite wide in Monaco, whichever compound the drivers choose to start on, so we could see teams keeping race strategies very flexible: also to take advantage of the high likelihood of a safety car.”

26 The points gap between Latifi (93) and Luca Ghiotto (67) at the top of the Drivers’ Championship.

379 The total number of points Nyck de Vries has now amassed since 2017 following his first win of 2019 in Barcelona’s Sprint Race. He becomes the highest point scorer on the grid.

In Monaco, the qualifying session is split into two groups of 16 minutes each. A ballot during the Drivers’ Briefing determines if the group made of Odd Numbered cars or Even numbered cars goes first.

DAMS’ Nicholas Latifi and ART Grand Prix’s Nyck de Vries are the only drivers on the grid to have scored points in every race of 2019 so far.

Latifi has won three out of six races so far in 2019, with the Canadian climbing to the top step of the podium in all three rounds (Feature Race winner in Bahrain and Spain, Sprint Race winner in Azerbaijan).

De Vries took his first victory of 2019 in Round 3’s Sprint Race, and the Dutchman becomes the highest point scoring driver on the grid with a total of 379 points achieved since 2017.

UNI-Virtuosi Racing’s Guanyu Zhou and Callum Ilott of Sauber Junior Team by Charouz both made the F2 podium for the very first time in their F2 careers in Barcelona.

Five drivers remained in Spain to take part in F1 testing after Round 3; Nikita Mazepin for Mercedes, Latifi for Williams, Ilott for Alfa Romeo, Jack Aitken for Renault and Sérgio Sette Câmara for McLaren.

Artem Markelov, runner-up of the 2017 F2 Drivers’ Championship and 2018 Monaco Feature Race winner, replaces Jordan King at MP Motorsport this weekend as the Briton participates in the Indianapolis 500.

Trident scored their first point of the 2019 season in Round 3’s Feature Race, meaning every team now has at least one point in the Championship.

Carlin were the only squad who left Spain having failed to score.