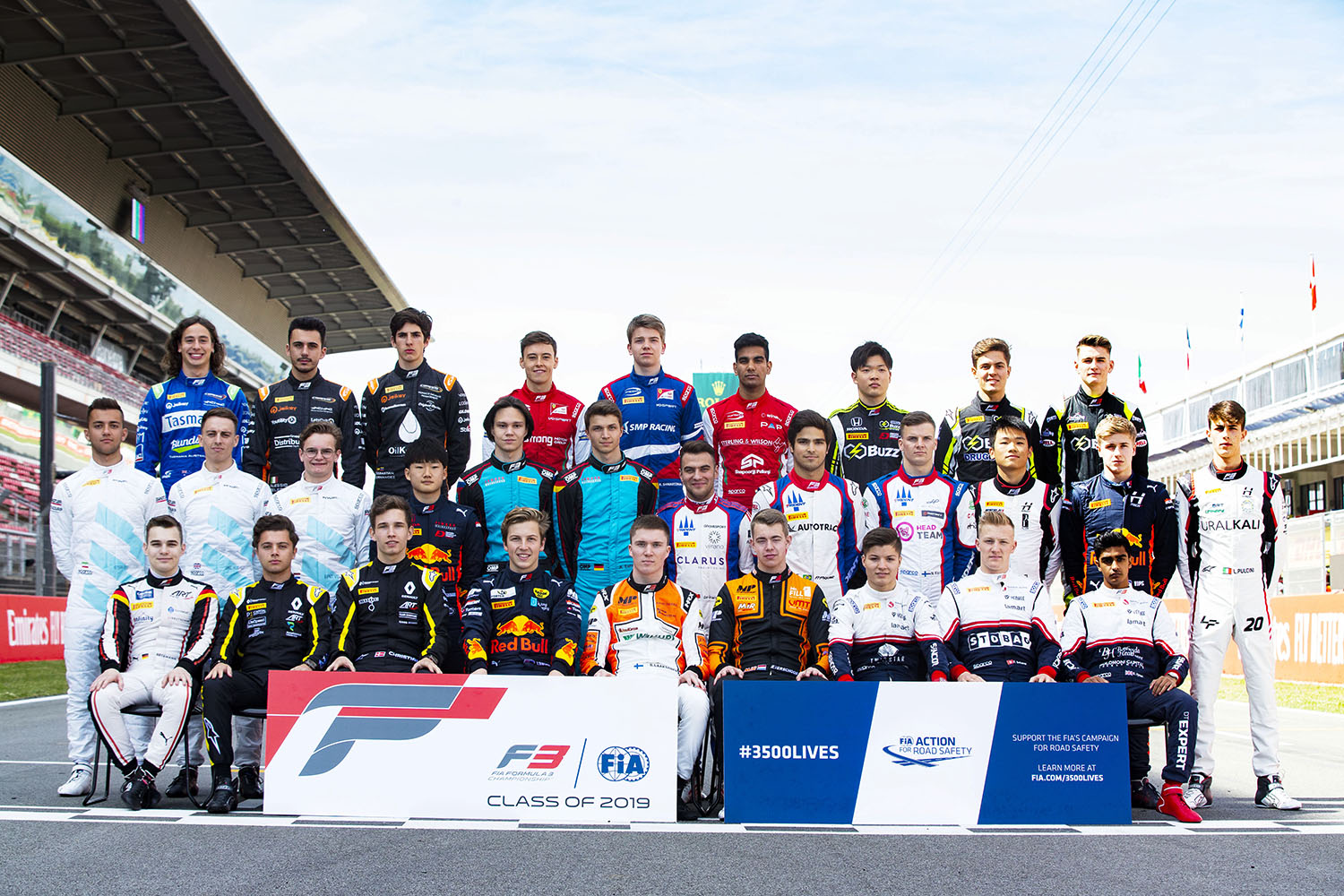 The inaugural FIA Formula 3 Championship begins this weekend with the first round of the 2019 season taking place at the Circuit de Barcelona-Catalunya in Spain. The championship is designed to be the perfect driver training ground for both Formula 2 and, ultimately, Formula 1, with some of the world’s best racing teams taking part, and the hottest young motor racing talents from across the globe filling their race seats.

F3 provides an entry point for young and ambitious drivers to join the Formula 1 circus, and gives them the chance to take the path to join their heroes in the main paddock. The drivers must showcase their skills both in speed and tyre management, just like they will have to do when they move up the motorsport ladder, and with two races per weekend and reverse grids, these skills will prove crucial in the battle to become champion.

Barcelona hosts Round 1 of the championship, and with the drivers having tested there in pre-season recently the drivers should know the challenges of the circuit. Pirelli is providing the teams with Hard compound tyres, and tyre management could play a vital role after the track was resurfaced. With 30 identical cars on track, no mandatory pitstops and flat-out racing from start to finish, the season promises to deliver plenty of excitement!

“Barcelona is one of my favourite tracks and I’m quite confident about driving there, especially as last year I had my first pole position there and during winter testing this year we talked about the race. I’ve found a lot of potential with the Hitech team, they are really professional, and the car fits me very well, especially around Barcelona.

“Something has changed in terms of tyres though and we have to watch them a little bit, especially on the third Sector which is the critical part of the track in terms of tyre temperatures. It is very important for a good lap time, and you can make a big difference with just a bit more speed through it. In winter testing we didn’t really have any tyre degradation but there will be a big difference in temperatures. It will be hotter so I would expect some tyre degradation but I’m quite comfortable with that.

“The best thing I like for this year is that there are no longer any limits on the number of times we can use DRS, so it will be easier to overtake, and I think you can overtake in every corner if you wanted! I found when doing race simulation that you feel less aerodynamic loss so you can follow the car in front of you better, so it will be very exciting in the races for sure.

“I think I have a little advantage this year in terms of my experience. All 30 drivers are very quick, the level is so high, so we just have to find a good position on track and then the traffic will be key because if I do a normal lap then we’re always going to be in the top three. I’m very, very happy with how we are working and how our car is doing ahead of Barcelona.”

“We’re looking forward to welcoming the brand-new Formula 3 championship to the grand prix weekend. We’ve designed new tyres for the car, which is designed to deliver its power in a way that’s more similar to Formula 2 and Formula 1, with a bigger emphasis on oversteer to prepare drivers for what comes next. Barcelona is a track that we and all the teams know well from testing: it’s traditionally been quite demanding on tyres, so tyre management and strategy can make a difference. However, we’ve noted that since being resurfaced last year, the track has begun to evolve and mature again, so it will be interesting to see what type of a difference that makes this weekend.”

19.13 The average age of this year’s drivers.
300 km/h The top speed of the new F3 2019 car.
19 The number of different nationalities represented on the grid.
16 The number of exciting F3 races taking place this season.

The race weekend at Barcelona is the first of 8 rounds which make up the 2019 F3 calendar, all alongside Formula 1 Grands Prix.

Each race weekend features one forty-five minute practice session and one thirty minute qualifying session, followed by two races, each to be no longer than 40 minutes in total.

Pirelli will provide one dry and one wet compound tyre to teams at each event, and there are no mandatory pitstops.

At 17-years-old, MP Motorsport’s Liam Lawson is the youngest driver in the Championship this season.