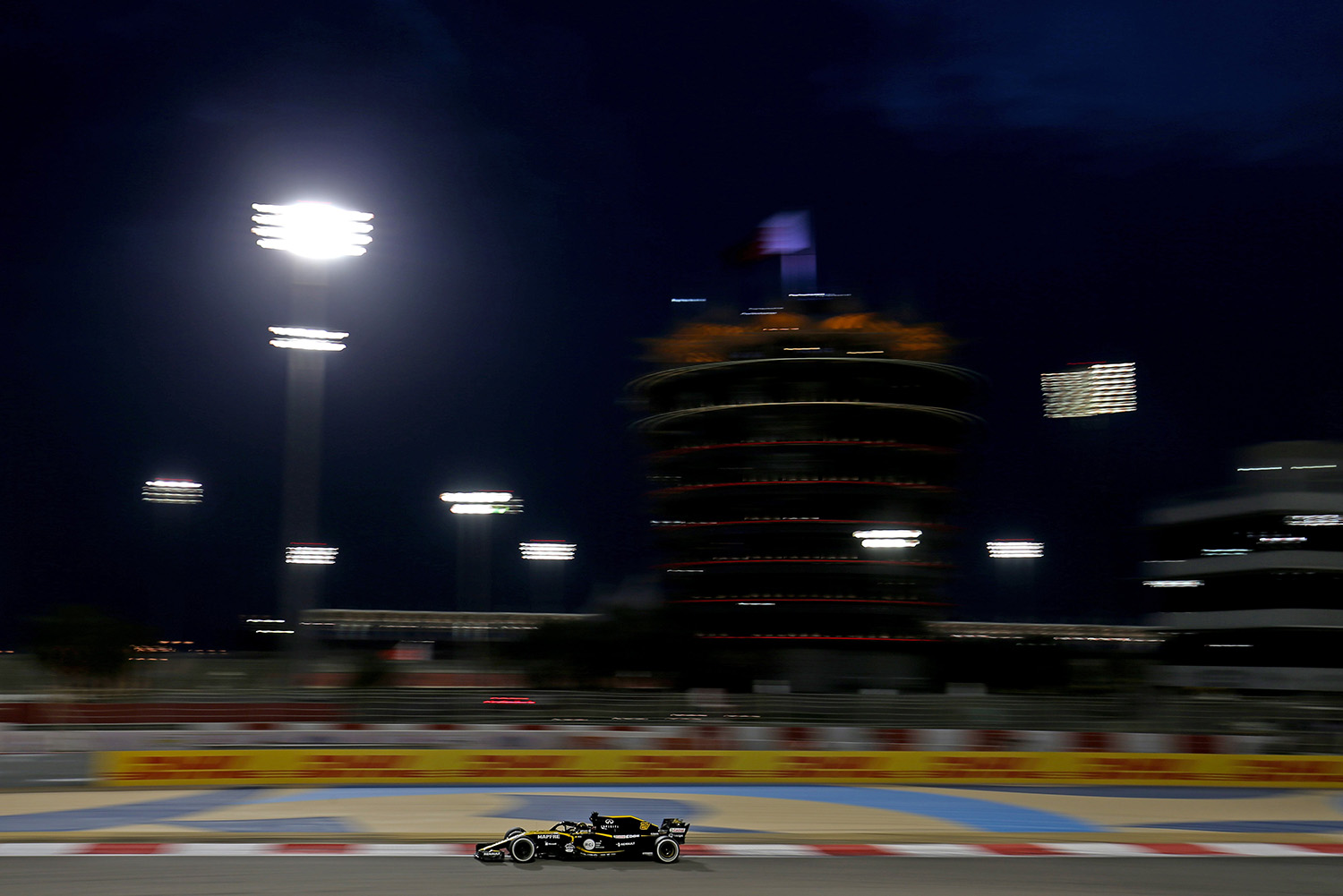 Renault F1 Team is in Bahrain for the second race of the 2019 FIA Formula 1 World Championship, the Gulf Air Bahrain Grand Prix.

The Circuit
• The Bahrain Grand Prix has been on the Formula 1 calendar since 2004, running every year since, except for 2011. It has hosted the season-opening race twice; in 2006 and2010.
• The current Grand Prix layout is just short of 5.5km with 67%, almost one minute, of a lap spent at full throttle.
• The Bahrain International Circuit pit-lane is the second longest on the 2019 calendar at426m and takes approximately 25secs to navigate – including a pit-stop. This has a critical impact on strategy discussions.
• In 2014, the Bahrain Grand Prix became a ‘night’ race and has nearly 500 floodlight poles to support its artificial lighting. Track conditions can change dramatically from day to night as the ambient temperature drops when the sun sets. It can be 35°C in the daytime but just 28°C at night. Car behaviour can also change as the track cools.

Lightning fast Hülk
• Nico Hülkenberg opened up his 2019 campaign with a seventh-place finish in Australia. Nico has finished seventh at the opening race of the season four times in the last five years.
• Nico made his Formula 1 debut in Bahrain in 2010. His best finish in Sakhir is fifth achieved in 2014. Last year he finished sixth in Bahrain