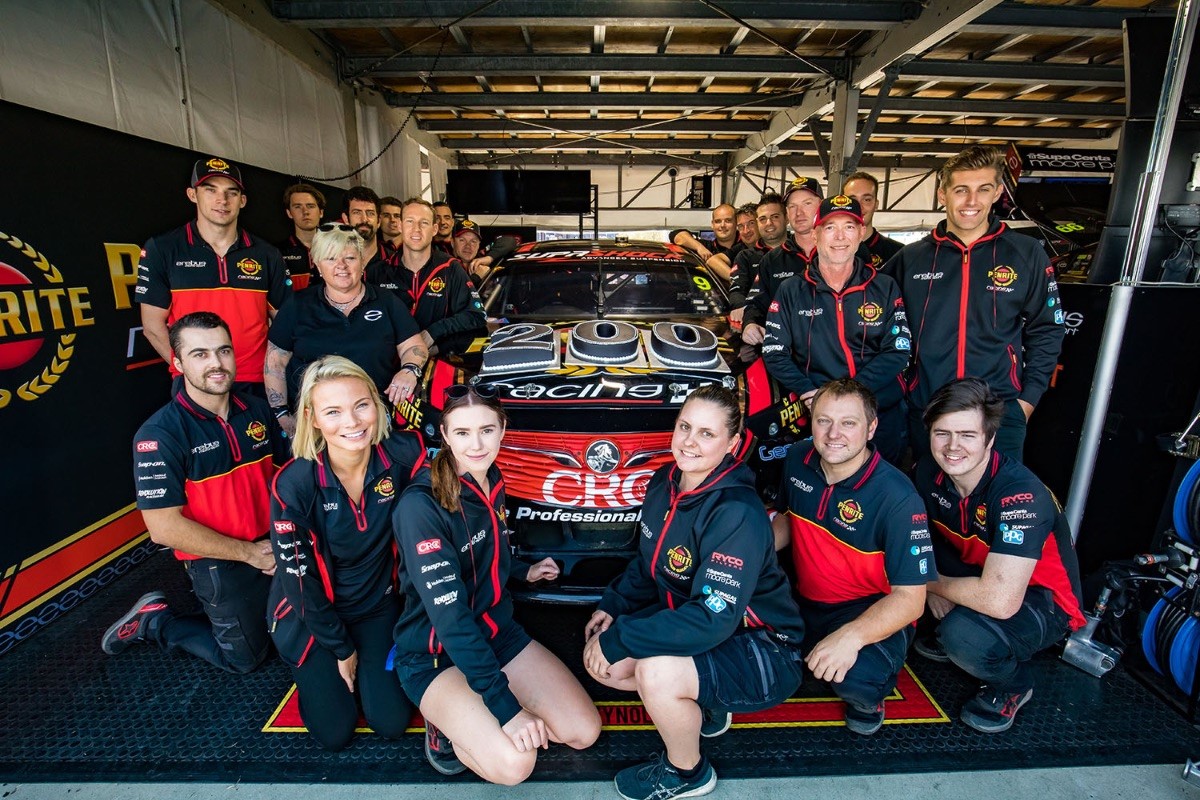 Erebus Motorsport is celebrating their 200th race this afternoon in the second race at Albert Park and the team’s certainly come a long way.

Betty Klimenko’s squad arrived in 2013 and since then there has been a few eye-rolling moments, head-in-the-hand moments and moments of black comedy.

Most importantly though, the double century has provided golden moments.

“My first race ever in Adelaide stands out for obvious reasons but also because Maro Engel’s car burst into flames in pit lane, and he said, ‘oh I’ve had my first Australian BBQ’,” Betty laughed.

Lee Holdsworth scored the team’s first victory in 2014 at Winton, and the second followed in Barbagallo the next year, before an extensive switch to Holden Commodore’s for 2016.

“It took me the long road to get to where I am now, I should have listened to smarter people than myself in the beginning, but I had no choice,” Betty said.

“The best decision I made was to put it in the hands of Barry Ryan and switch to Holden.