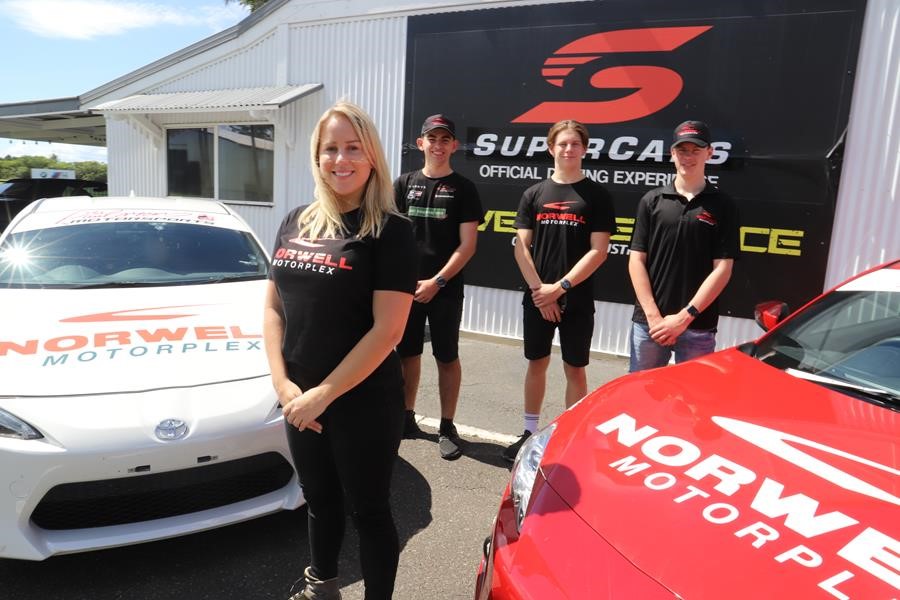 Sydney-based Toyota 86 Racing Series regular, Emily Duggan has been awarded a Scholarship to the Paul Morris Racing Academy ahead of this weekend’s opening round of the Series at Phillip Island.

After recently completing a course at the Academy at Norwell Motorplex – and having viewed Duggan’s progress on and off-track over the last season – the Bathurst Triple Crown winner was suitably impressed by her aptitude and is aiming to assist her progression this year.

Emily will receive her race coaching at the Norwell Motorplex free of charge and will benefit from being part of the Paul Morris Motorsports operation at the track – comparing data with current PMM T86 runners – and fellow Scholarship alumni, Declan Fraser and Luke Vanna.

The 2014 Bathurst 1000 Champion says the Paul Morris Racing Academy Scholarships are his way of giving back to the sport.

“There are a few drivers that have come through the Racing Academy that have impressed me and have shown they have what it takes to have an impact on the sport,” explained Morris.

“When I first came through the sport, I had the assistance of Frank Gardner, who was the founder of the Norwell Motorplex and that level of driving support and coaching was invaluable. It shaped who I became as a driver and now as a coach. By creating the Academy and awarding the Scholarships, this is my way of giving back to the sport.”

He says that Duggan’s story is a positive for the sport and one that anyone coming into motorsport should aspire to follow.

“Emily’s not from a racing family and is doing everything herself – from preparing the car, getting the sponsors, even loading the car up and driving to the track herself – that to me is commitment and determination – hence why we’ve decided to award her the Scholarship.

“She’s too humble to tell too many people this, but I admire her for the fact that she’s pushing the envelope – she’s a full-time mechanic, has another job and then runs the race team – all of it just to get out there and go racing with the resources she’s got available.

“Others around the place are putting their hand out and expecting everything to fall in their lap, then complain when it doesn’t. Emily won’t buy into that and that is the sign of a true racer.

“I think Emily’s is a real positive story that any racer – male or female – should be looking to emulate.”

Duggan’s Toyota 86 Racing Series campaign will continue to run from her Sydney base and the awarding of the Scholarship makes the Sydney-sider even more excited about the season ahead.

“Since I started racing, I’ve always thought about having a coach – nobody has ever taught me how to race or drive – I’ve just picked it up and gone along with it,” Emily explained. “No doubt within that there have been some bad habits picked up here or there.

“I’ve also done everything my own way, so I’ve never had the opportunity to be part of a team as such, so I haven’t had someone that I can overlay my data or compare setup with.

“Completing the driver training with Paul at Norwell Motorplex last year taught me so much that I was able to apply straight away and I could see the benefit.

“This year, gaining a Scholarship to the Paul Morris Racing Academy is a pretty cool thing to be fair and I am looking forward to the first round at Phillip Island.

“The chance to work at the track alongside Declan (Fraser) – who’s a multiple race winner in the Toyota 86 Series – and regular front-runner in Luke (Vanna) and compare data, compare setups and tap into Paul’s knowledge I think will give me the tools I need to keep improving.

“I work hard to go racing as I love it, but any time that you have the chance to  gain further knowledge and new perspectives, you have to grab the opportunity with both hands.

“The knowledge and advice from Paul and the instructors at the Paul Morris Racing Academy will give me additional resources that will take me outside my comfort zone and really start to refine some of those racing nuances and turn them into natural instincts.”

Duggan’s program in 2019 will be supported by Surelinc Group, Canterbury and Ferguson Toyota, CarAdvice, Gearwrench, The Transcription People and Homeland Solutions.

The Paul Morris Racing Academy at Norwell Motorplex on the Gold Coast is available seven days per week by prior booking and can take the form of everything from a two hour refresher program through to a full day or weekend long course.

Drivers attending the Paul Morris Racing Academy will work directly with one of the Academy instructors who will train them and then take them through their data at the completion of the session.

The Toyota 86 Racing Series will begin at the WD-40 Phillip Island SuperSprint over the weekend of April 12-14.