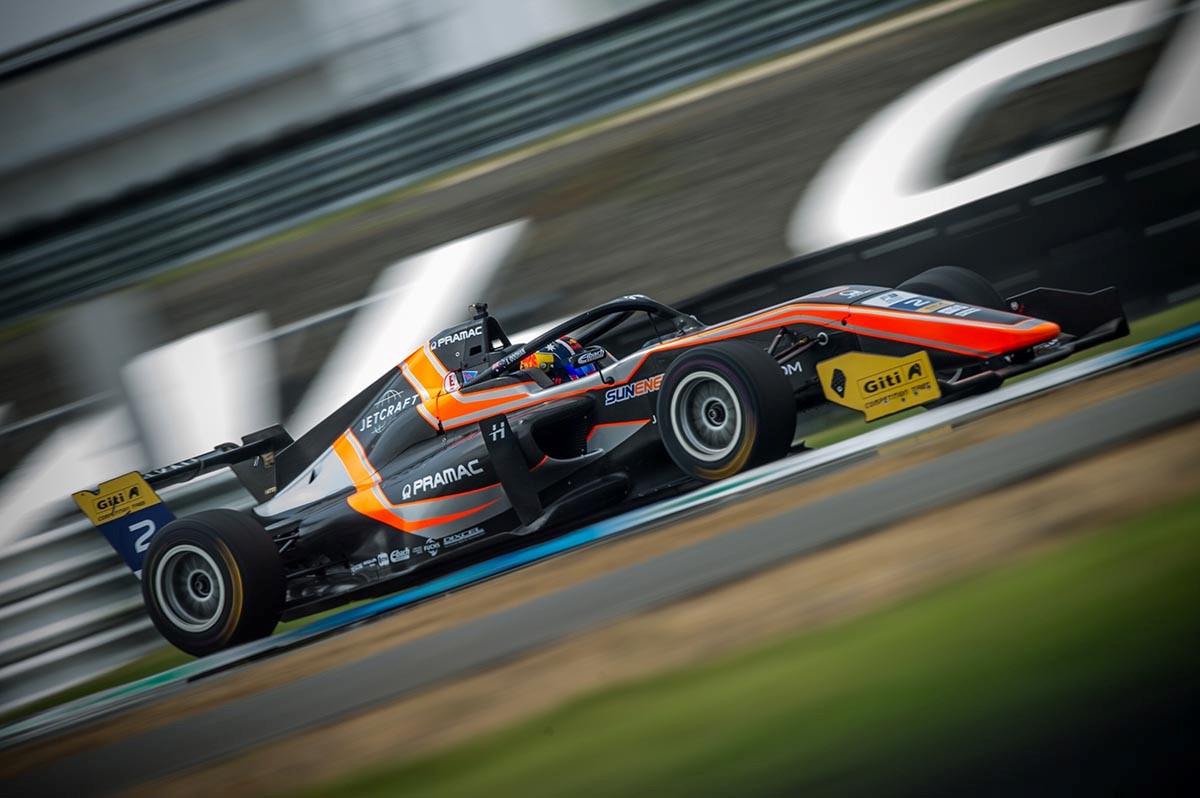 Jack Doohan has won Race 5 and claimed two additional second-place finishes at Round 2 of the F3 Asian Championship Certified by FIA in Buriram, Thailand over the weekend.

The Red Bull Racing Junior had a good start to the Race but struggled with pace compared to his team-mate Ukyo Sasahara, who he battled with for position several times.

Doohan crossed the line in P2 while managing tyre degradation, finishing 4 seconds behind the Race Winner.

“I knew I wasn’t going to be able to pass Ukyo into Turn 1 but I tried again down into Turn 3 and I got the run but Ukyo broke later and got the inside again, I tried again up into Turn 4 on the outside but there wasn’t much grip out there and I ran wide and Ukyo got the place back. I tried to get a quick lap for the next session which wasn’t ideal but good enough for P2 , Ukyo had more pace than me so I just tried to see how the degredation would be and maintain a good lap time for the Race without stressing the tyre too much.”

Doohan began Race 2 in P2 but had a rough start to the Race and had to defend his position into Turn 1, able to attack a few laps later for the Race lead.

Doohan defended his lead from there before driving away, crossing the line 9.260 seconds ahead of his team-mate for his second F3 Asian Championship Race win.

“I didn’t really get the best start and had to defend into Turn 1. Luckily, I got a good exit and was able to try and have a go at Ukyo then. He defended well. I followed him and made sure I could have a crack down into Turn 3 for Lap 2. I got a good exit out of Turn 1, and then I went to the outside a bit – I wasn’t close enough for Ukyo to know where I was going to go. I shot to the inside and was able to make the move stick. He tried to fight back into Turn 4, but luckily I had the inside line.”

Starting P2 for the third and final Race of the weekend, Doohan was challenged for P2 by Brendon Leitch and dropped down into P3.

Doohan came back to catch Leitch towards the end of the Race to finish where he began in P2 for the final Race at Buriram.

“Brendon was very fast in the first half of the Race and I saw him coming in my mirrors but there was no bother to try and defend him and I let him then try and catch up to Ukyo and maybe if they fight I can take advantage of it. His pace started to drop and I started to come back and caught him and was able to get around him but I didn’t have the pace that Ukyo did. I think I pushed a bit too hard in Race 2 and with my rears, I wasn’t even really turning the car coming into the corner it was doing it for me.”

The F3 Asian Championship Certified by FIA continues with Round 3 on June 22-23 at Japan’s Suzuka International Circuit.