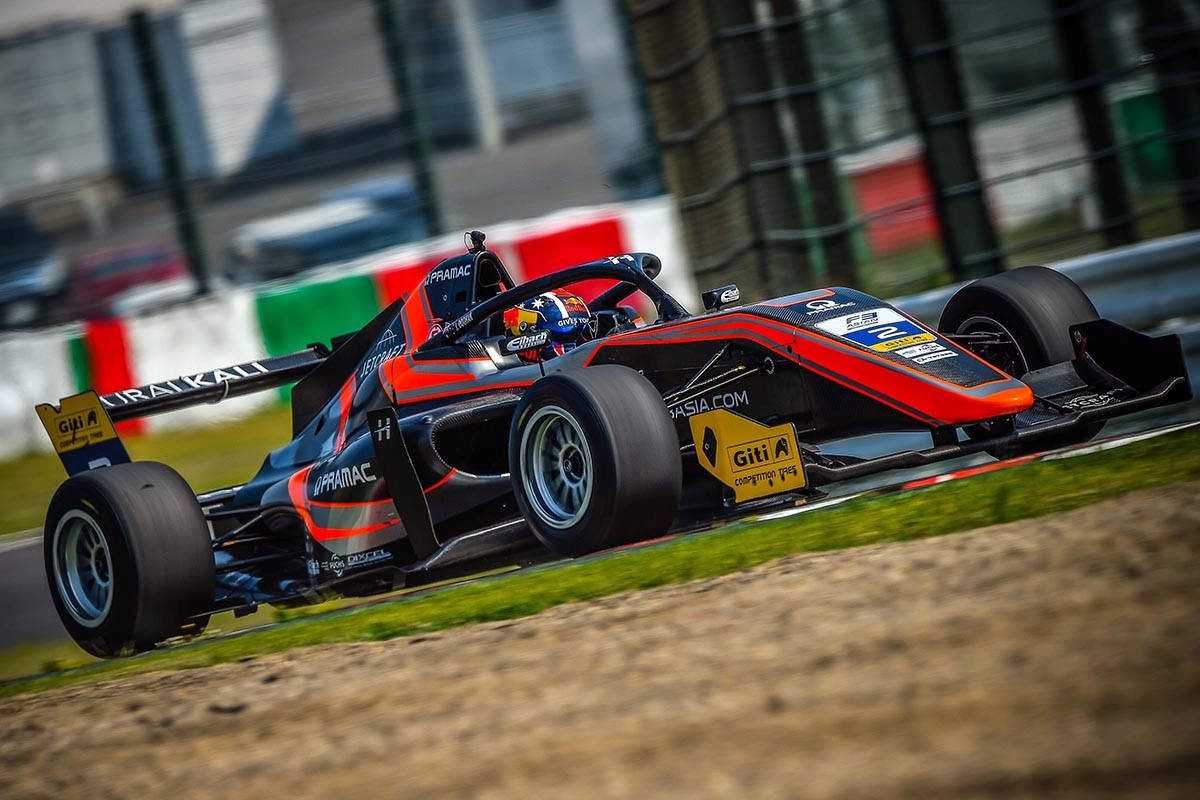 Jack Doohan has won Race 7 and 9 at Round 3 of the F3 Asian Championship Certified by FIA in Suzuka, Japan over the weekend.

Doohan swept to victory in Race 7 of the F3 Asian Championship Certified by FIA as the series made its debut in Japan at the legendary 5.807km Suzuka Circuit.

Doohan started P2 for the opening Race and mastered the challenging track with astonishing speed and got a superb launch from the grid, immediately snatching the lead from teammate Ukyo Sasahara.

The Race was held up with an extended Safety Car period but the Race restarted with around 10 minutes remaining on the clock.

Doohan controlled the restart, getting away well and skillfully keeping Sasahara at arm’s length to take the Race win.

“I tried to get away on the first lap, but then there was the Safety Car. I tried to keep everything cool; not over-think it. After the restart, I tried to pull a gap but Ukyo was pretty on it. I tried not to over-push or make any mistakes. Suzuka is high-speed, corner-after-corner. Everything happens from the first snakes in sector 1. Everything has to be right from the start. It just seems to be my type of circuit. The fast, flowing tracks seem to suit me better. I just picked it up from the start and have been able to build on that since.”

Doohan began Race 8 from Pole, with the grid decided on lap times from the opening Race.

As the Safety Car went to pull into the Race, Doohan’s car had a mechanical failure forcing him to pull over.  The car restarted but Doohan had dropped into last place and finished P11 as a result.

“I had the fastest lap so that put me on pole for Race 2. I was quite comfortably leading that when the Safety Car came out. As the Safety Car went to pull in something happened in my car, it shut down, I had to pull over, switch it off and on again. It went but by then of course I was last.”

Starting Race 3 from the second row in P3, Doohan had a tough start to the Race but great pace and was able to climb into the Race lead for his second win of the weekend.

Doohan has remained 2nd in the F3 Asian Championship Standings but has closed the gap to the leader to 8 points.

“So stoked to wrap up our time at the Suzuka Circuit with a win in Race 3! Overall the weekend had its ups and downs especially after finishing 11th in Race 2 from a technical issue while leading the race from the start earlier today but I’m pleased with the progress we made.”