A fierce determination to fight back from adversity was the driving force behind Emily Duggan’s stunning charge to a career-best race result of sixth position in Race 3, Round 2 of the Kumho Tyre Super3 Series at Winton today.

Duggan’s chances of a strong result were dealt a severe blow when she was knocked out of 10th position on the final lap of Saturday afternoon’s second race, another competitor making hefty contact with the rear suspension of her R-Sport Race Engineering Commodore.

While Duggan’s V8 Supercar sustained damage to the rear axle housing, she and her team refused to give up, working long into Saturday night and effecting repairs with components generously supplied by other teams.

The Dare to be Different ambassador’s fighting spirit was on display for all to see in today’s third and final race, Duggan storming from 16th on the grid to sixth outright with some skilled overtaking prowess, including a spectacular move on Jim Pollicina just after the Safety Car restart.

As well as achieving the top-six race result – the best for a female driver in the 11-year history of the third-tier Supercars series – Duggan also finished second in the Kumho Cup, for privateer drivers and teams.

An elated Duggan said she was riding a wave of emotion throughout the weekend.

“To get up to 10th in Race 2 was an unreal feeling, and to have it all taken away by another driver’s mistake into Turn 10 was heartbreaking,” Duggan said. 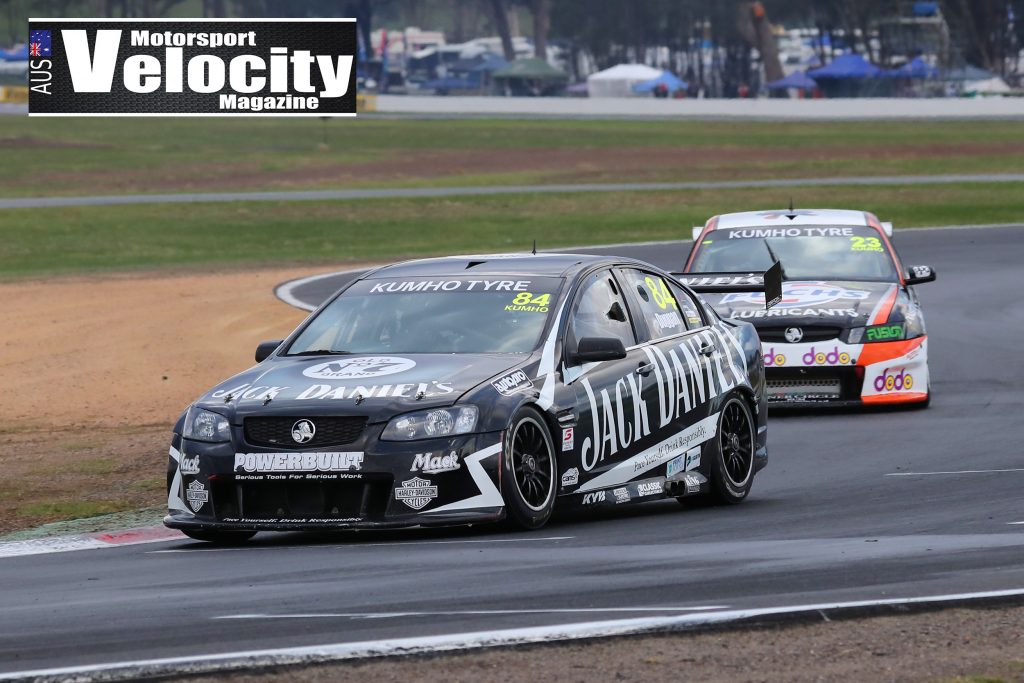 “With the damage to the car, initially we were doubtful about whether we could get it fixed. But we don’t take no for an answer, and we’ll fight to the last minute. The team worked until 10:00 last night, and we were very thankful to have other teams helping us with components.

“In Race 3, I don’t think I blinked for the whole race – I was entirely focused on passing as many cars as I could.

“Everyone knows how passionate I am about succeeding in this sport, so it’s very special to be surrounded by others who share my passion, and to be able to reward them today.”

Duggan’s next racing event will be the Philippines 12 Hour at Clark International Speedway on 12 June; her next appearance on home soil will be Round 2 of the Toyota 86 Racing Series at the Townsville 400, 5-7 July.

Note: Duggan was running a different car at Winton – a Kelly Racing Commodore campaigned by Rick Kelly in the 2010 V8 Supercars Championship. This was due to a starter motor fitment issue with the Garry Rogers Motorsport Commodore she ran in Round 1 at Phillip Island.