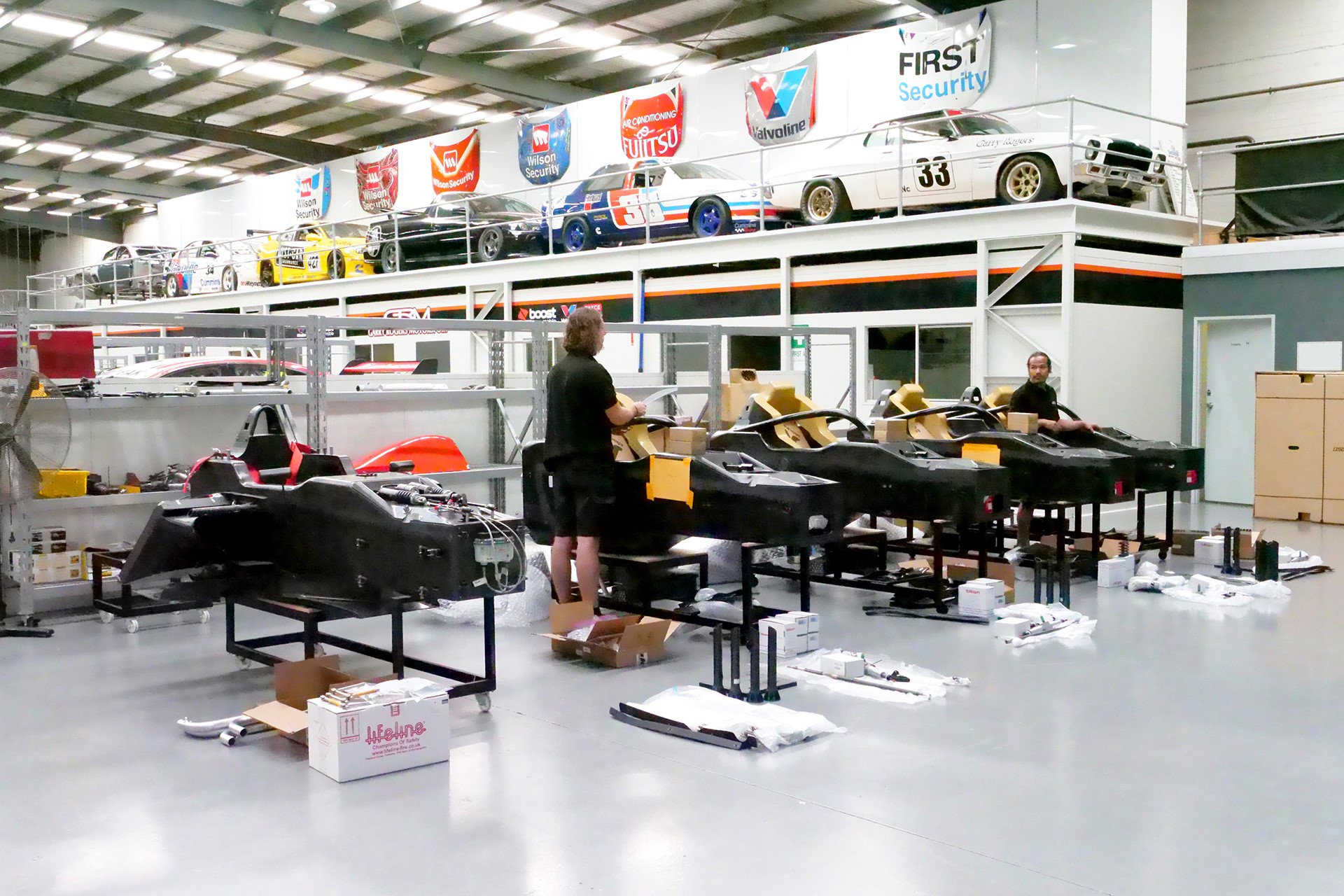 Four brand-new S5000 tubs have arrived from the USA at Garry Rogers Motorsport, and the team has placed a dedicated crew into the build of the first batch of Onroak-Ligier chassis at its Melbourne workshop.

After launching in spectacular style at Sydney Motorsport Park in November last year, the GRM squad has made some developmental changes to the initial chassis that was seen at the launch, as well as other appearances at the Newcastle street race and the Adelaide Motorsport Festival and a private test day at Winton.

Changes include modifications to the cooling system, the exhaust system, and the finalisation of the suspension and brake package specification.

The new developments will be implemented onto the four new tubs, and GRM is set for a busy few weeks as it aims to complete the build before the next batch of nine tubs arrive.

A total of 14 cars have been ordered, including the original chassis and the four new tubs.

The S5000 car is a unique Australian concept and, based on the French-designed Onroak-Ligier carbon-fibre chassis, is a masterclass of Australian motorsport engineering, with the entire car – outside the required FIA-approved safety cell – being engineered and built in Australia. It has been designed with strength, safety and economy of both initial and ongoing costs as priorities to bring top-line single-seater motorsport back to Australia.

“We’ve had the first car for some time now and we’ve been doing a considerable amount of testing, alterations and modifications to get to the next stage.

“The first batch of four tubs have arrived from Onroak, so we will assemble these chassis, implementing the developments that we have made to the original car, and then go to build the remaining tubs when they arrive from the USA.

“Interest in the category has been enormous. We get calls daily about when we will have these cars ready for sale and we’re finalising the project plans now.

“Everyone relates back to the old Formula 5000 days. Well, this is a much safer and modern version of that great racing category of that era.”

“While it may seem like things have been a bit quiet over recent weeks, there’s been heaps going on behind the scenes, especially at GRM,” said Chris Lambden.

“Garry’s crew have been flat out getting themselves set up for the arrival of this first batch of chassis, and it’s pretty exciting to see the ‘production line’ taking shape.

“Getting anything as new and big as this off the ground is a big enough challenge when you can simply go out and buy the respective cars – in this case we’re manufacturing them. It’s a huge undertaking and a great boost for the local motorsport industry and suppliers.

“The refinements that have come from the initial running and testing of the car are all logical and will contribute to what we are confident will be an exciting, solid package.

“Garry is right – the unveiling of the current FIA-spec car has further boosted interest in what we are doing, and, as it gets closer, I can’t wait to see and hear 14 cars in action.”