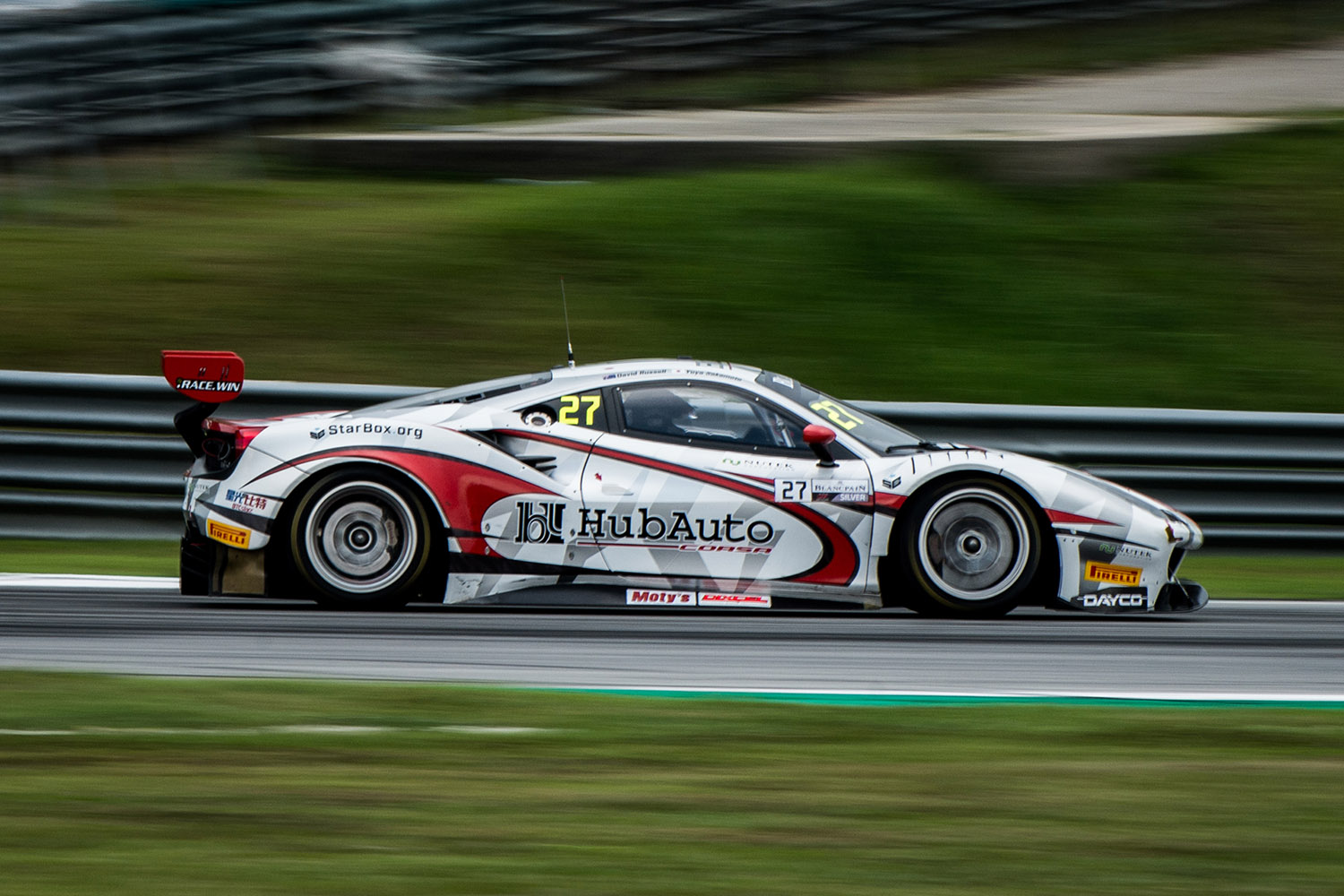 Russell teamed with Japan’s Yuya Sakamoto for the first time with the HubAuto Corsa Ferrari Team to finish 3rd overall in Saturday’s opening race and first round of the championship after having qualifying 6th. The Ferrari duo followed that up with a 6th place overall finish in Sunday’s highly competitive second round.

These strong overall results were gained despite the HubAuto Corsa drivers having missed out on a pre-race test day due to the team being delayed on their return from the USA, where they took top honours at the California 8 Hour IGTC race.

These results complement Russell’s prior GT podiums and victories gained in Indonesia, the Middle East and Europe during his international GT racing career.

“It is so great to be back racing on the international GT stage as I have really missed this type of intense competition.

“The Ferrari is a great car to drive, it is very different to all of the other GT cars I’ve driven and I feel I haven’t quite got it 100% yet after the limited running over the race weekend.

“It is fantastic to have a podium in my first ever round with the team especially as the Blancpain GT World Challenge Asia level of competition this year has definitely stepped up.

“The team has done a great job with their car preparation and pit stops, so it was rewarding to give them another podium after their success in the US recently.

“Yuya and I form a strong GT pairing and we worked very well together. We are definitely going to come on a lot stronger as we both learn the car and the competition.”

Russell and Sakamoto return to Asia’s most competitive GT series for the third and fourth Blancpain World Challenge GT Asia rounds at Chang International Raceway in Thailand on May 11 and 12.