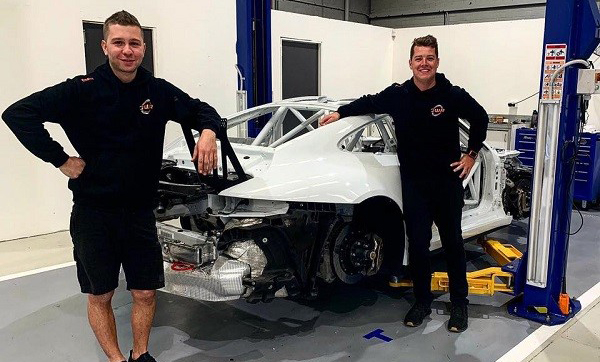 GWR Australia Porsche GT3 Cup Challenge driver Cameron Crick is confident his 991 Cup car will be “as good as new,” following an intensive re-shell exercise to get the car back on track for this weekend’s second round of the series at Sydney Motorsport Park.

Crick was involved in a nasty start-line shunt in the season opener at Symmons Plains, and while the team were able to repair the car to race-worthy condition at the circuit, a post-event inspection uncovered more significant defects.

“After the crash in Tassie, the crew did a sensational job to get me back on track, especially considering the force of the impact,” Crick said.

“The car didn’t quite feel 100 per cent though, and when we got it back to the work shop and investigated, we discovered a lot of damage to the left-rear, which meant we had to get a new shell.

“Once again, the GWR team have put in a massive effort and I’m very grateful to them; hopefully I can return the favour by bringing home a strong result for them.

“This is my home round, a track where I’ve done a lot of laps, and it’s an important weekend for servicing my core sponsors, many of whom will be at the circuit this weekend.”

GWR’s GT3 Cup Pro-Am driver, Rob Woods, is hoping for a strong weekend to erase some recent memories from SMP, where he was involved in a horrific accident in a 2018 state-level event.

“Going back to SMP where I had the big crash last June is daunting, but I’ve put all that behind me,” Woods said.

“We tested there a couple of weeks ago and I felt really comfortable in the car, the boys did a few setup changes during the morning and the car felt really planted on track.

“My times were only slightly off where I have been, and I have being doing a lot of work going over footage.

“It will be the first weekend in nearly two years that I will have all my family there with my wife and two girls so that’s a big tick for me as well.”

With GWR’s operations extending to TCR, Radical Cup and Australian Prototype Series, the outfit will be relying upon the services of a total of 22 crew members across the weekend.

The Porsche GT3 Cup Challenge gets underway with practice and qualifying tomorrow, a pair of sprint races on Saturday, and a longer, 45-minute race on Sunday.