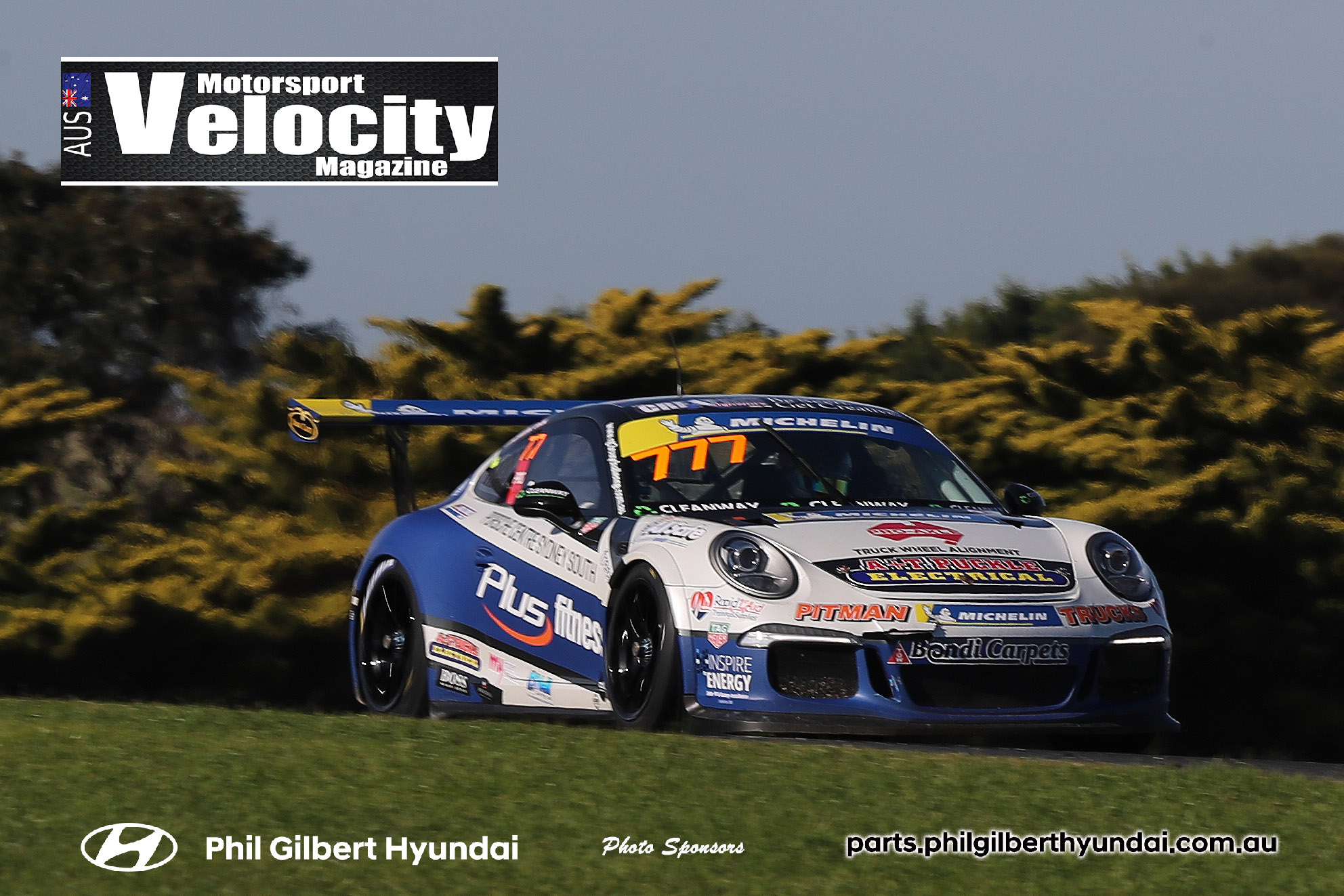 A storming fightback in the final race of the weekend has enabled GWR Australia Porsche GT3 Cup Challenge driver Cameron Crick to score another healthy bundle of points in Round 3 of the series at Phillip Island.

Crick qualified in sixth position, and finished sixth in the weekend’s opening two races after a couple of consistent performances.

“I made a bit of a mistake in Turn 2 during qualifying, which left us in the gravel trap, so to end up sixth on the grid wasn’t bad considering,” Crick said.

“The car was good early, but my pace fell away towards the end of Race 2; speed over a longer run is still something we need to work on, and which will continue to improve as I become more familiar with the Michelin control tyres.”

In Race 3, Crick found himself in the thick of the action on the opening lap, and fell to the back of the order with an unfortunate spin during a touch-and-go moment with another competitor at MG Corner.

What followed was a determined recovery drive, Crick slicing his way through the field and working his way back to eighth by the finish, securing sixth for the round.

SEE ALL OF VELOCITY’S PHOTOS FROM THIS EVENT HERE

In the Pro-Am Class, Rob Woods made significant improvements across the weekend. He qualified 18th, but worked his way up to 14th in Race 1, a result he repeated in Race 2.

Woods and his Platinum Motorsport Porsche came alive in Race 3; after a fine start, he ran as high as ninth outright at one stage, eventually taking his best result of the season with 11th overall and fourth in the Pro-Am Class.

“I was really stoked with my Race 3 performance, it was a great way to finish Round 3,” Woods said.

“As always, thanks to GWR for preparing the car, and for helping me bring out the best in my driving.”

The next Porsche GT3 Cup Challenge round is at Queensland Raceway, 2-4 August.