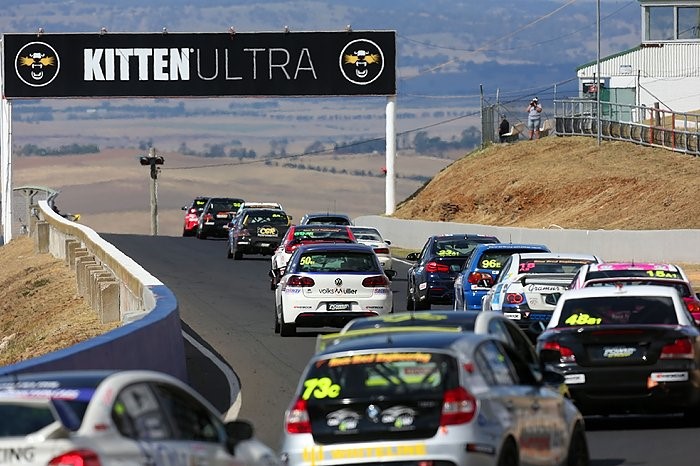 ANOTHER Bathurst thriller is on the cards when the Hi-Tec Oils Bathurst 6 Hour commences at Mount Panorama this Easter.

Bathurst 6 Hour champions Sherrin Racing have confirmed their intention to defend their 2018 victory on the Mountain, in a race that saw them only secure their place at the top of the leader board within the final half-hour of racing.

The Sherrins bring an unchanged line-up, brothers Grant and Iain Sherrin once again to drive their now well developed and reliable BMW M4.

2018 polesitters Beric Lynton and Tim Leahey return and will be seeking revenge after proving last year that having the fastest car doesn’t always convert into results at Mount Panorama.

After smashing the Production Car qualifying record to grab pole position, the team’s BMW M3 competition led much of the 2018 race only to be denied with mechanical issues late in the six-hour race.

The strong contingent of BMWs will be added to by the addition of another M4 in the hands of Anthony Soole and Andrew Fisher.

Fans of Australian muscle won’t be left out, however, with Ford and HSV both represented in the outright class this year.

Jeremy Gray returns in his Ford FPV GT-F Falcon with George and Andrew Miedecke to join him this year.

Meanwhile, former Bathurst champion John Bowe will join Joe Krinelos and Tony Virag in a potent VF HSV GTS that is likely to be a strong contender.

A host of turbocharged Mitsubishi Lancer Evolutions will also return, including the Sydney based Kavich brothers who will again use the event to ‘race for a cure’ for breast cancer. Dylan Thomas has also entered his Hi-Tec Oils Evo X RS, with his co-driver yet to be confirmed. Bathurst’s Brad Schumacher will return with his Subaru WRX STi.

A2 otherwise remains the domain of V8 powered Ford and Holden entries with a host of strong contenders confirmed.

B1 (High Performance, Forced Induction) includes the father and son team of David and Geoff Russell driving a BMW 135i, while defending class champions Scott Gore, Keith Bensley and Patrick Galang will return to defend their Bathurst victory.

One of the most popular hot hatches currently on sale in Australia will make it’s Bathurst debut in Class C (Performance) thanks to the addition of two Hyundai I30N entries for the first time.

N-Gen Racing has confirmed a two-car team with Frank Mammarella and Kaden Olsen in one car and Chaelie Senese Alfie Senese in the other.

With some drivers yet to be confirmed, the full entry list for the 2019 Hi-Tec Oils Bathurst 6 Hour will be released closer to the event.

The 2019 Hi-Tec Oils Bathurst 6 Hour will again commence at 11:30am on Sunday, 21 April 2019, while information regarding the broadcast and streaming coverage will be announced soon.