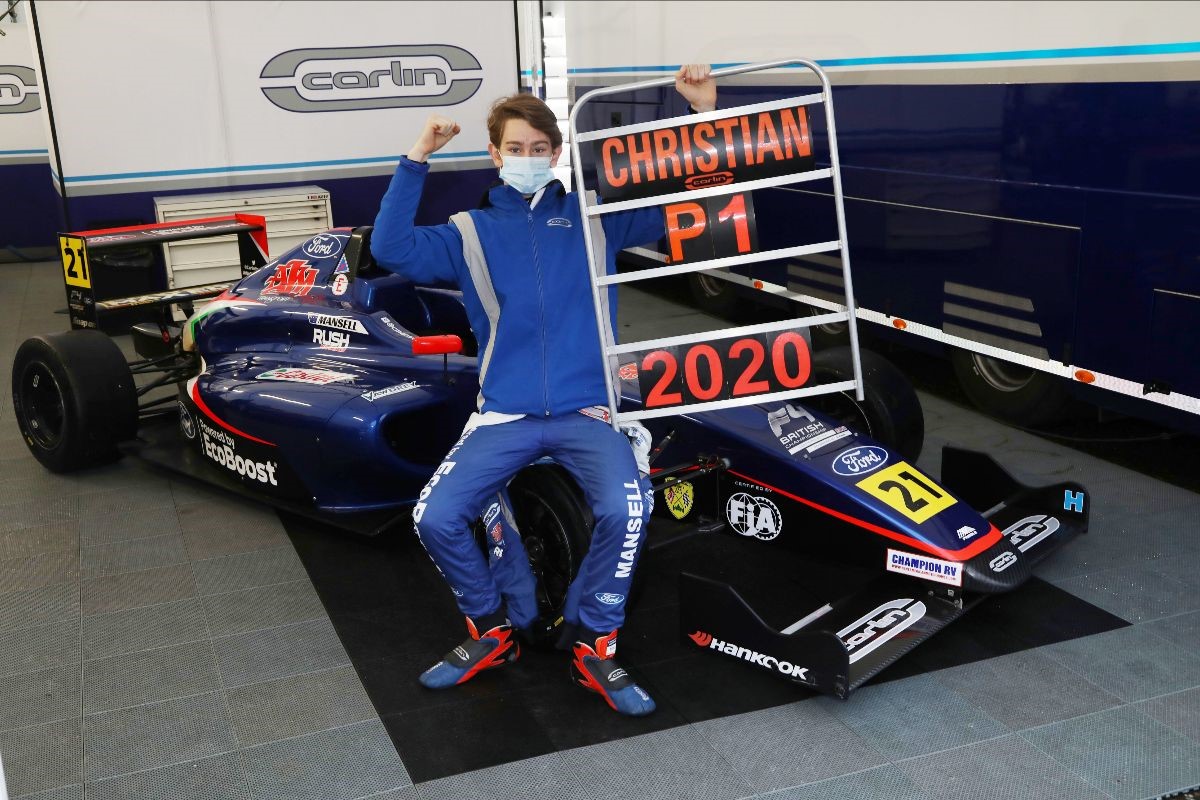 Christian Mansell wrapped up the 2020 F4 British Championship certified by FIA – powered by Ford EcoBoost Rookie Cup title with his best ever weekend in the series during the season finale at Brands Hatch (November 14/15).

The Carlin driver headed into the weekend within touching distance of the coveted title and produced a virtuoso performance around the Indy circuit to wrap up the category in style, chalking up three more class wins and a trio of overall podiums.

In what has proven to be a sensational maiden season in the single-seater series, an overall victory at Brands Hatch in August and a further four overall podium finishes have been just some of the highlights for the 15-year-old.

In wet conditions at Brands Hatch, Mansell began his charge towards championship silverware with a brilliant qualifying performance, powering his way to a season-best of third place on the grid.

With conditions having not improved, the AJM Transport, Castrol and Vawdrey Trailers backed driver had a rollercoaster start to race one. Dropping to fifth, Mansell would jump back up to third by lap two as he benefitted from an incident in front of him.

From there the New South Wales-born ace went unchallenged for the remainder of the race to score his third podium of the campaign, and more importantly the Rookie Cup title.

Entering the final day of the season with the title for first year racers already in the bag, Mansell continued to demonstrate why he has made a name for himself as a true rising star. 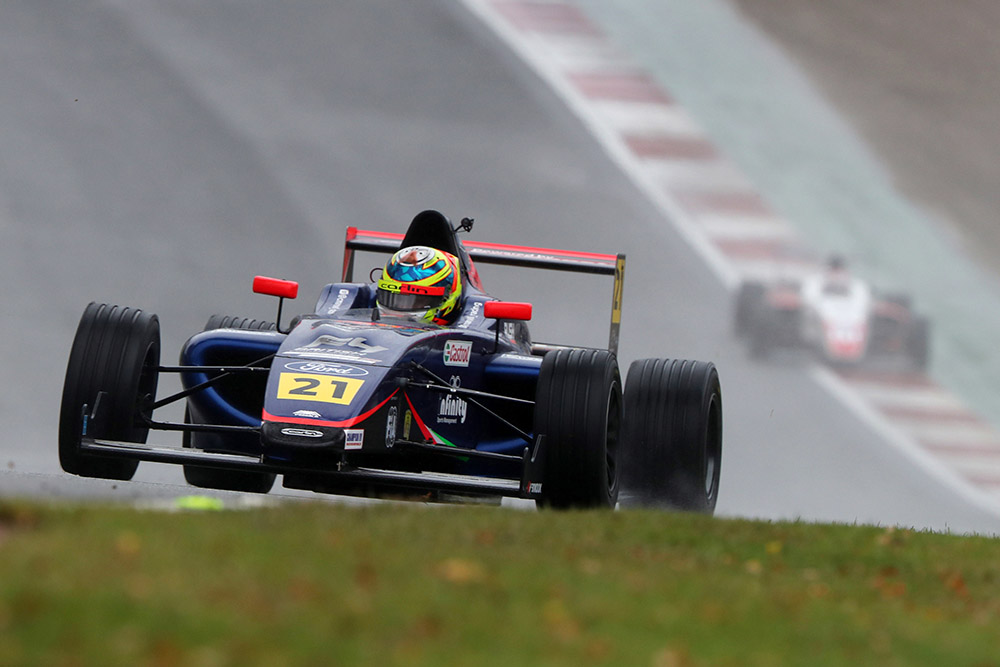 Fighting for position during the opening laps of race two, Mansell ran in comfortably in fourth place throughout the contest. However, after it was adjudged that his team-mate had originally passed him under yellow flags, he was promoted to third.

Mansell brought the curtain down on his campaign with another superlative drive as he capped off his weekend with a third podium. In what proved to be a dramatic affair, he charged into the lead as the top three skated wide at the exit of Clearways and soon set off into the distance.

Caught by team-mate Zak O’Sullivan, Mansell dropped to second and that would be where he would remain as heavy rainfall brought a premature end to the race just before the halfway marker.

Christian Mansell: “What a weekend! To be on the overall podium in every race, take all three wins in the Rookie Cup and wrap up the title is just phenomenal – I’m super happy!

“This year was always going to be a learning year as it was my first in cars but to have achieved what we have done is just amazing and a real testament to how hard we’ve worked.

“I’ve learnt so much about the car and the tracks this year, and I couldn’t be happier. I have to say a huge thank you to everyone at British F4, Carlin, my sponsors and my family – without them this wouldn’t have been possible.”