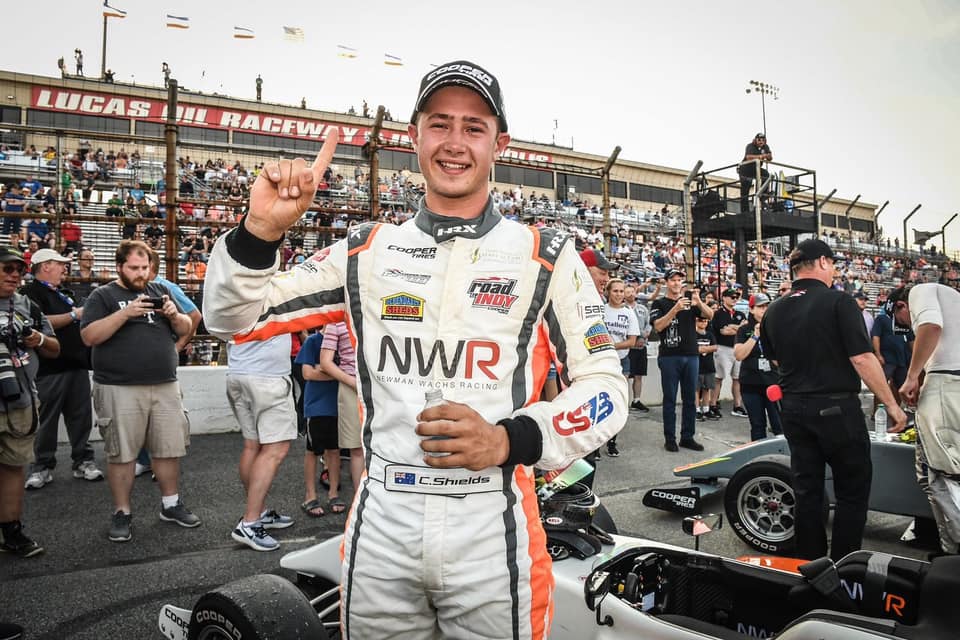 Cameron Shields has broken through for his first win in the Cooper Tires Road to Indy USFF2000 Series at the Lucas Oil Raceway, the only oval circuit the junior series will appear at for 2019.  Cameron sent through his thoughts on the win to us at Velocity Magazine in a personal text message after the race. 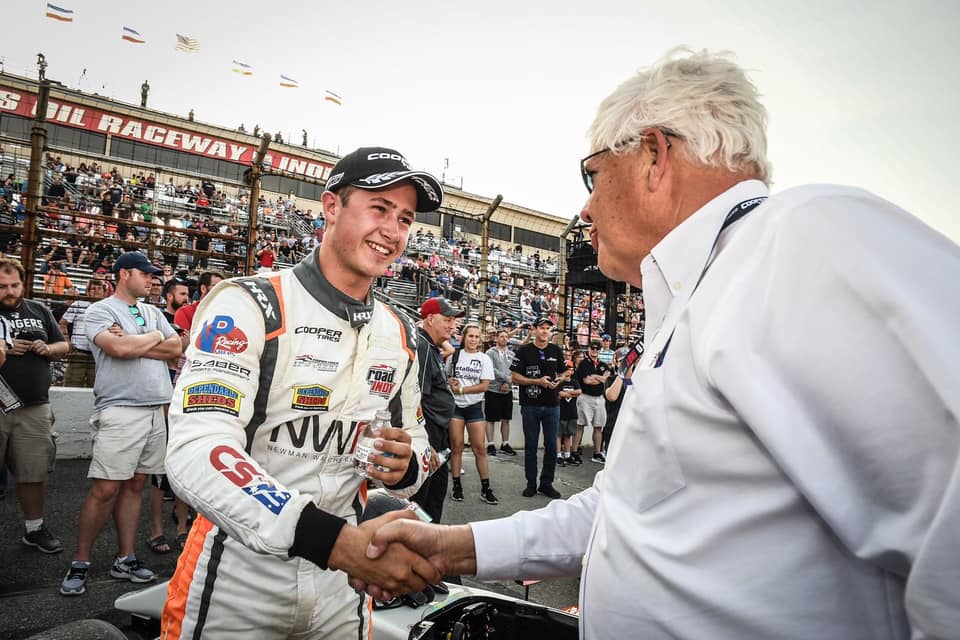 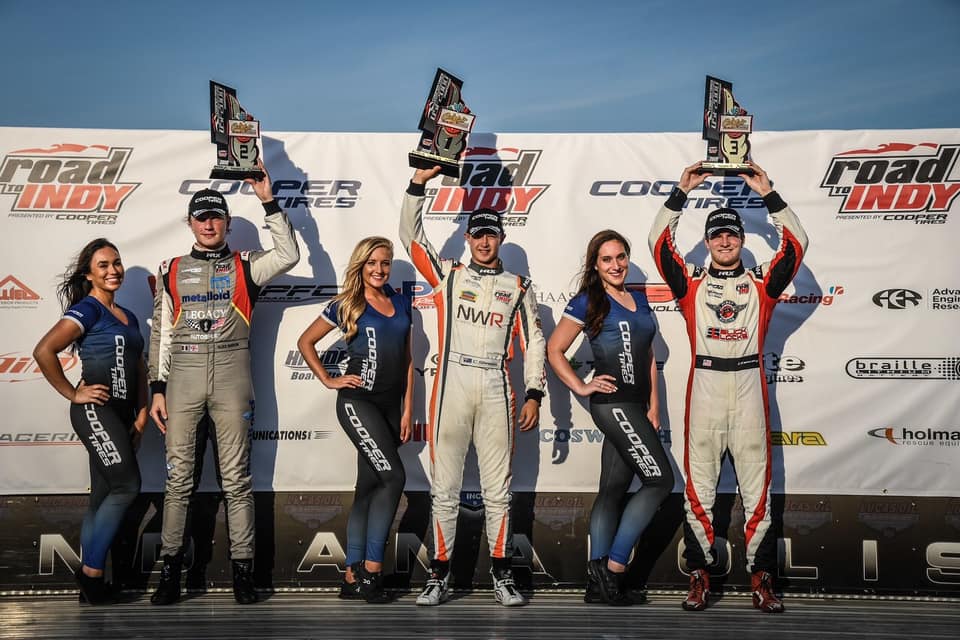 Shields jumped into the lead from his second place start and established a small gap that was nullified by two separate caution periods during the running of the 75 lap race. The Dave Steele Carb Night Classic is a traditional lead up event over the Indianapolis 500 weekend and attracted the attention of fellow Australian and reigning Indianapolis 500 champion, Will Power.

“What an incredible result on the biggest weekend of Motorsport racing in the world! I can’t thank Eddie Wachs and everyone from Newman Wachs Racing enough for their support towards me throughout this season,” Cameron wrote.

“Being the first to take the Checkered flag on my oval racing debut was a moment I won’t forget and to have Will Power on FaceTime waiting for me at the podium was pretty cool too!

Everyone in the team put a lot of hard work into this race but now we have to focus hard on the next round to make sure we can continue our strong performance.”

Cameron added on Facebook, “Words can’t express how much this race win means to myself and everyone from Newman Wachs Racing Team. A lot of hard work went into this weekend and it certainly paid off. It is a pleasure to drive for Eddie Wachs and all of the crew members who didn’t put a foot wrong all week. We had a plan and stuck to it and everything paid off. Now time to prepare for the next round at Road America!” #cs73#SAHOFScholarshipHolder #RoadToIndy #TeamCooperTire#HRXBespoke #NWRSquad