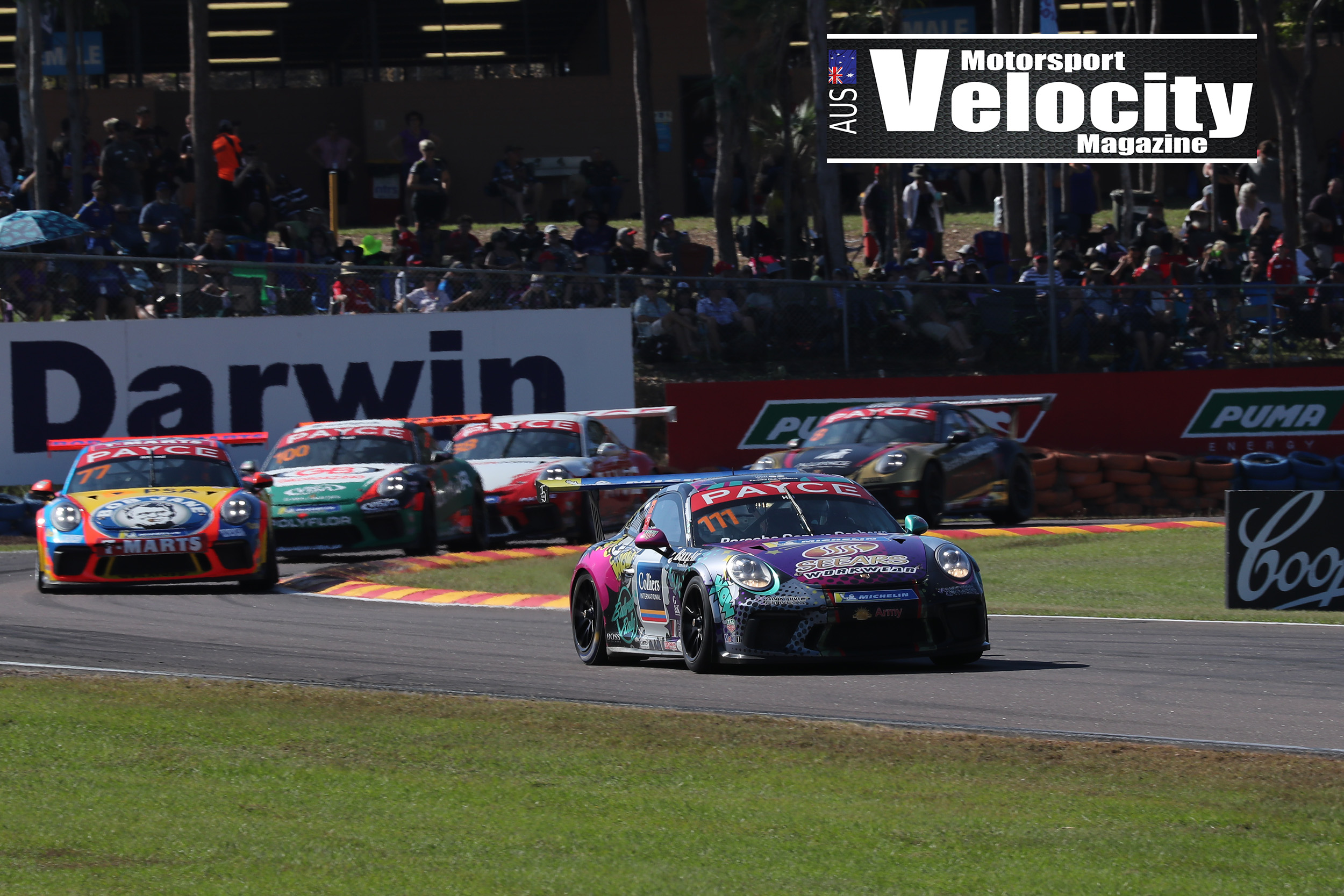 An elated Cameron Hill has paid tribute to his small family racing team after sensationally breaking through for his first pole position and race win in Porsche Carrera Cup at Hidden Valley yesterday.

This morning’s 20-minute qualifying session was a hotly-contested affair, a number of drivers exchanging fastest laps. Hill saved his best effort for the very final stages of the session, securing first place with a scorching time on his final flying lap.

“The tyres took a while to reach their optimum operating pressures and temperatures, and they weren’t at their peak performance until right at the end, so I really only had one chance to put together my best lap – fortunately, the car was fantastic and I pulled it off,” Hill said.

In the 45-minute race, Hill was beaten off the start line by Michael Almond, but applied relentless pressure to the race leader in the early stages.

A Safety Car enabled Hill to cool his tyres, and when the race restarted he immediately attacked Almond, moving into the lead at the first corner. From there, he was never headed, pulling clear of the field to secure the race victory.

“Starting on pole, I was on the dirtier side of the track, so it wasn’t easy to get off the line and I lost the lead initially,” Hill said.

“I knew the car was good, and I felt I had a pace advantage over Almond,” Hill said.

“When the race restarted, I’m not sure what happened – I think Almond may have made a mistake in the first corner because I was able to pass him quite easily.

“After that, I concentrated on ensuring my braking points and racing lines were perfect, and managed the margin to the cars behind. With the hot weather, it was physically demanding in the car and I had to work hard to maintain concentration.”

Since entering the Porsche category last season, the modest family team have endured their share of setbacks, but Hill said today’s result has made the struggles worthwhile.

“It’s been a steep learning curve for us, but everyone has put in 110 per cent effort, and never lost motivation during the tough times. It’s very satisfying to reward everyone with results like we’ve had today, but the hard work is not over yet – we need to repeat the performance in tomorrow’s two races,” Hill concluded.

Race 2 will be held at 10:00am this morning, with Race 3 at 1:30pm (Australian Central Time, add 30 minutes for Australian Eastern Time)