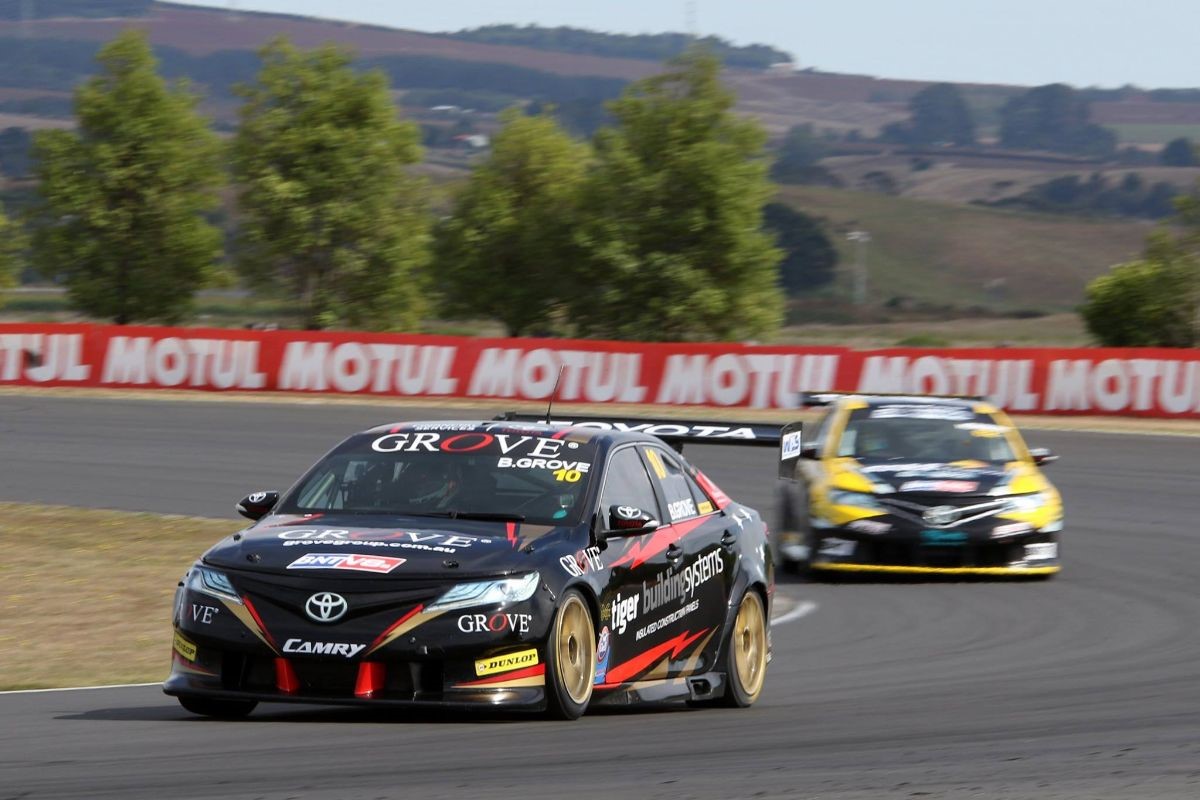 Brenton Grove has walked away from the 2018/19 BNT V8s Championship as Rookie of the Season, a great reward after an up and down campaign.

The six-round series took in some of New Zealand’s best racing circuits, with Grove driving for Richards Team Motorsport at the wheel of his Grove Group, Tiger Building Systems Toyota Camry.

A breakthrough result came at Round 4 in Teretonga Park, where the 21-year old captured the round win after a first half of the season that didn’t go to plan.

The BNT V8s Championship wrapped up at Hampton Downs Motorsport Park over the weekend (March 8-10) which saw Grove finish in the top five of the championship.

“It was an up and down season; we had pace but mechanical faults and driver error meant we weren’t able to race the other guys,” said Brenton Grove.

“You don’t get to race through the off-season too often and since Newcastle last year I think I’ve had one weekend out of a race car; it’s a dream, can’t really ask for much more than that.

“It was awesome being over here in New Zealand and it has definitely furthered my learning.

“Hopefully I can carry that forward this year in Super2 and keep moving up the grid.

“Doing the BNT V8s Championship last year worked for Jack (Smith) and he was the benchmark for why we came over here to race over the off-season.

“Adelaide was a lot better the other weekend than what it was last year; we were in the top ten.

“If we can keep building on those results then doing the BNT V8s will be vindicated for sure.

“I definitely need to thank the Richards Team Motorsport guys and girls and everyone that has worked so hard all season, fixed my mistakes and fixed the car when things weren’t going too well.

“We’ll see what happens this year, but it’s an awesome series and it would be a pleasure to come back if things fell into place.”

Grove will now continue his season with Triple Eight Race Engineering in Dunlop Super2 Series, after a promising curtain raiser in Adelaide.  Round 2 takes place at Perth’s Barbagallo Raceway from May 2-4.