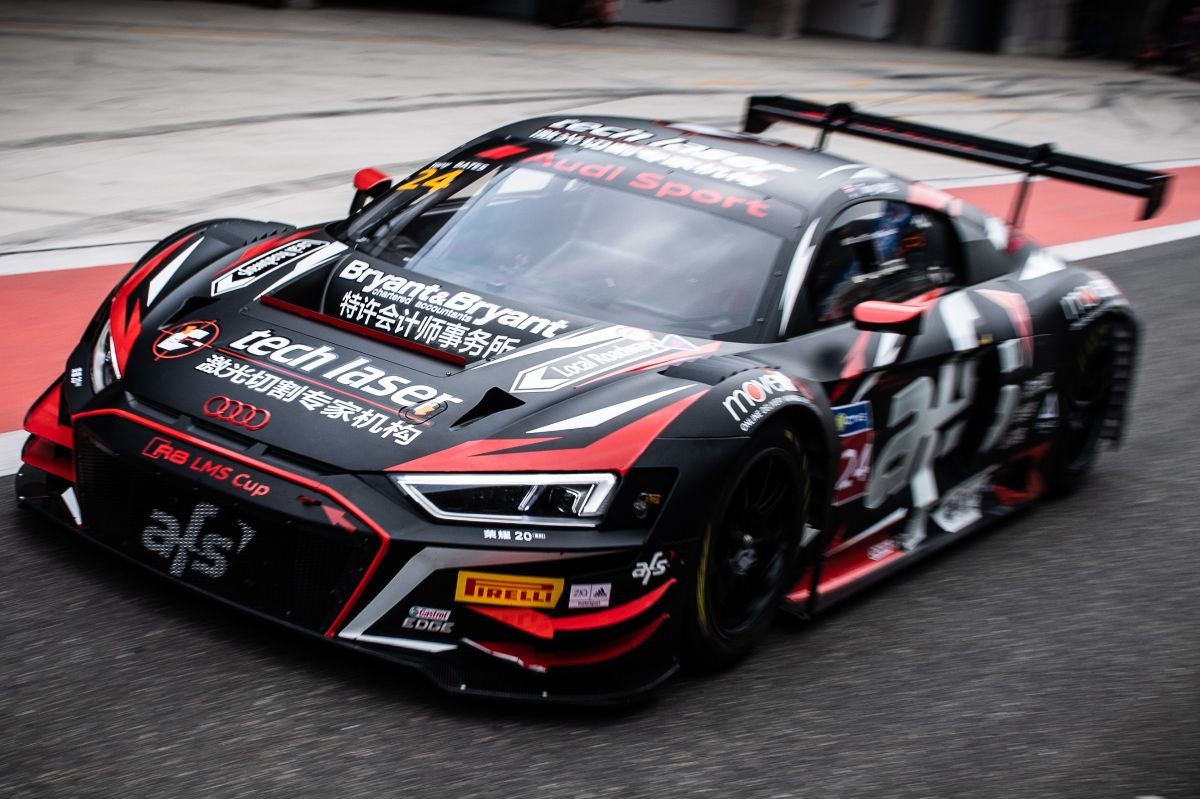 Tony Bates has moved to second in the Audi R8 LMS Cup GT3 class standings after finishing seventh in Round 5 of the series at Shanghai today.

Bates qualified his Moveitnet/Local Roadways/C-Tech Laser/AFS/Bryant & Bryant Audi R8 ninth after a session where he couldn’t land a clean lap with his best sectors.

He also continued to battle a head cold that hampered him yesterday.

“If you count my best sectors together we would have been 1.4 seconds down the road and third.

“So it’s about putting consistent laps together, which is the key when learning new tracks.”

Bates was able to show his true potential at the race start, gaining three positions in the first few corners as he negotiated the tight first four corners of the Shanghai track perfectly. The Absolute Racing driver gained two positions down the inside of turns one and two before gaining one more position into turn three and four.

“I had a great start and was in a nice groove for the first six to seven laps,” Bates said. “Then I ran wide and picked up some rubber on my tyres, which hurt my grip levels for the rest of the race.”

Bates then had a battle with Bhurit Bhirombhakdi who managed to get past him to gain seventh. Bates was able to control his pace throughout the rest of the race and survive a late challenge from Jingzu Sun.

Jingzu took advantage of Bates getting caught up with some slower cars and passed him briefly until Bates recaptured the position with a switch that he was able to hold.
“I enjoyed the battle with Bhurit and Jingzu,” Bates said.

“I gave it all I’ve got given how poor I’m feeling. I’m pleased with the result, but I would like to be further up the field.

“I should derive a lot from today and hopefully qualify better tomorrow.”

Bates will be involved in another qualifying session at 11:05am (Australian Eastern Time) today, with Round 6 at 5.35pm. Live streaming will be available HERE.