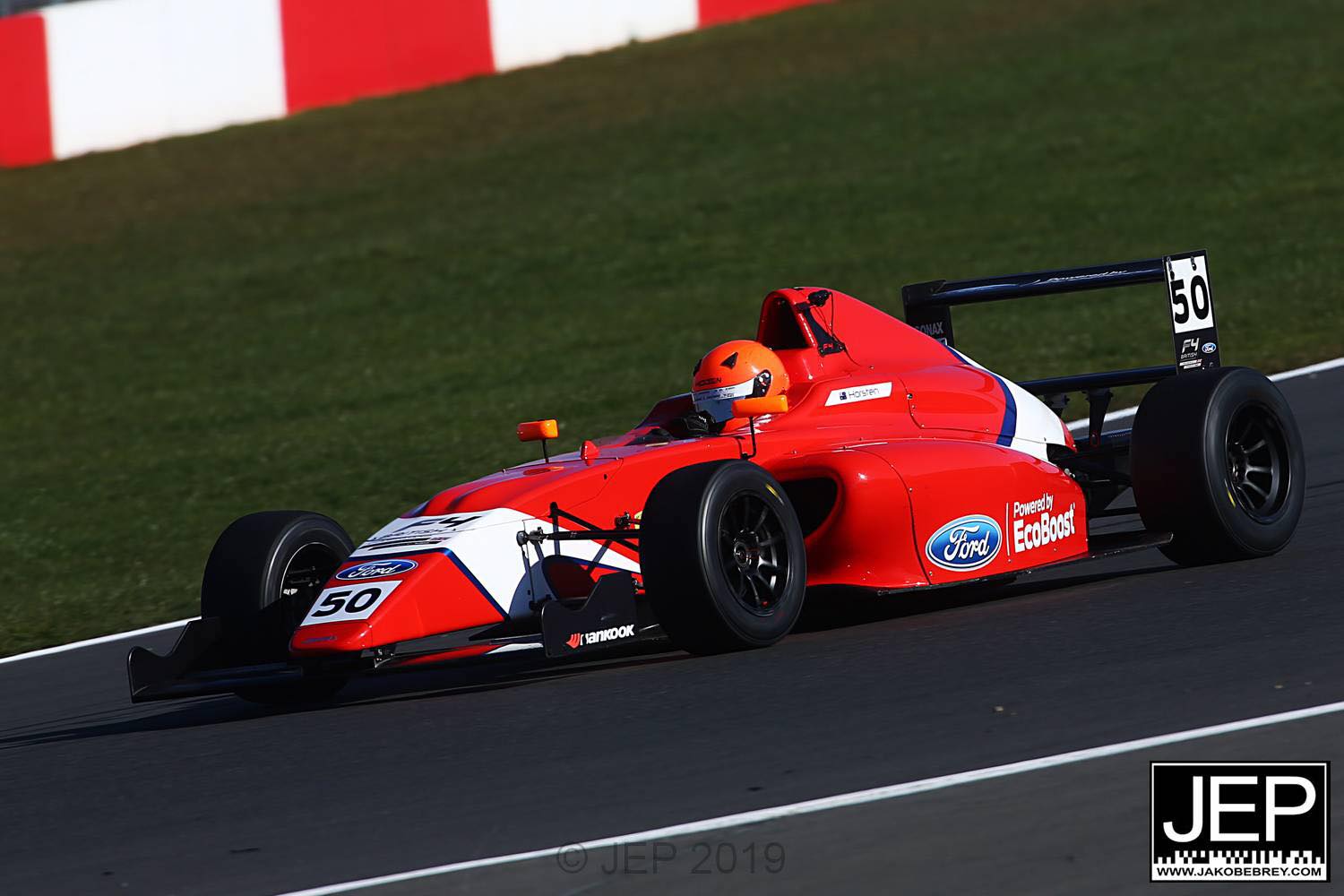 Arden Motorsport’s Bart Horsten is focusing on the positives after a mixed start to life in the F4 British Championship certified by FIA – powered by Ford EcoBoost at Brands Hatch.

The Australian opened his account in Ford’s winning formula with a solid fifth behind team-mate Tommy Foster in the season-opener, before falling victim to the tricky conditions whilst contesting the lead in race two.

The slightest of mistakes saw Horsten run a little wide heading into Clearways, dipping the left-rear onto the paint and sending the Red Arrow in a spin before beaching in the gravel trap.

He recovered from that setback, however, to take sixth in a near dead-heat with Luke Browning in the final race of the day – live on ITV4 – to keep himself in the hunt in eighth overall as the series heads next to Donington Park, in Leicestershire, over the weekend of 27th-28th April.

“Although it was not quite the weekend I was hoping for, it showed that we have good pace,”commented Horsten.

“I’ll take out the positives from the weekend and look forward to the next round at Donington Park. Thanks to everybody at Arden Motorsport for all their hard work across the weekend.”