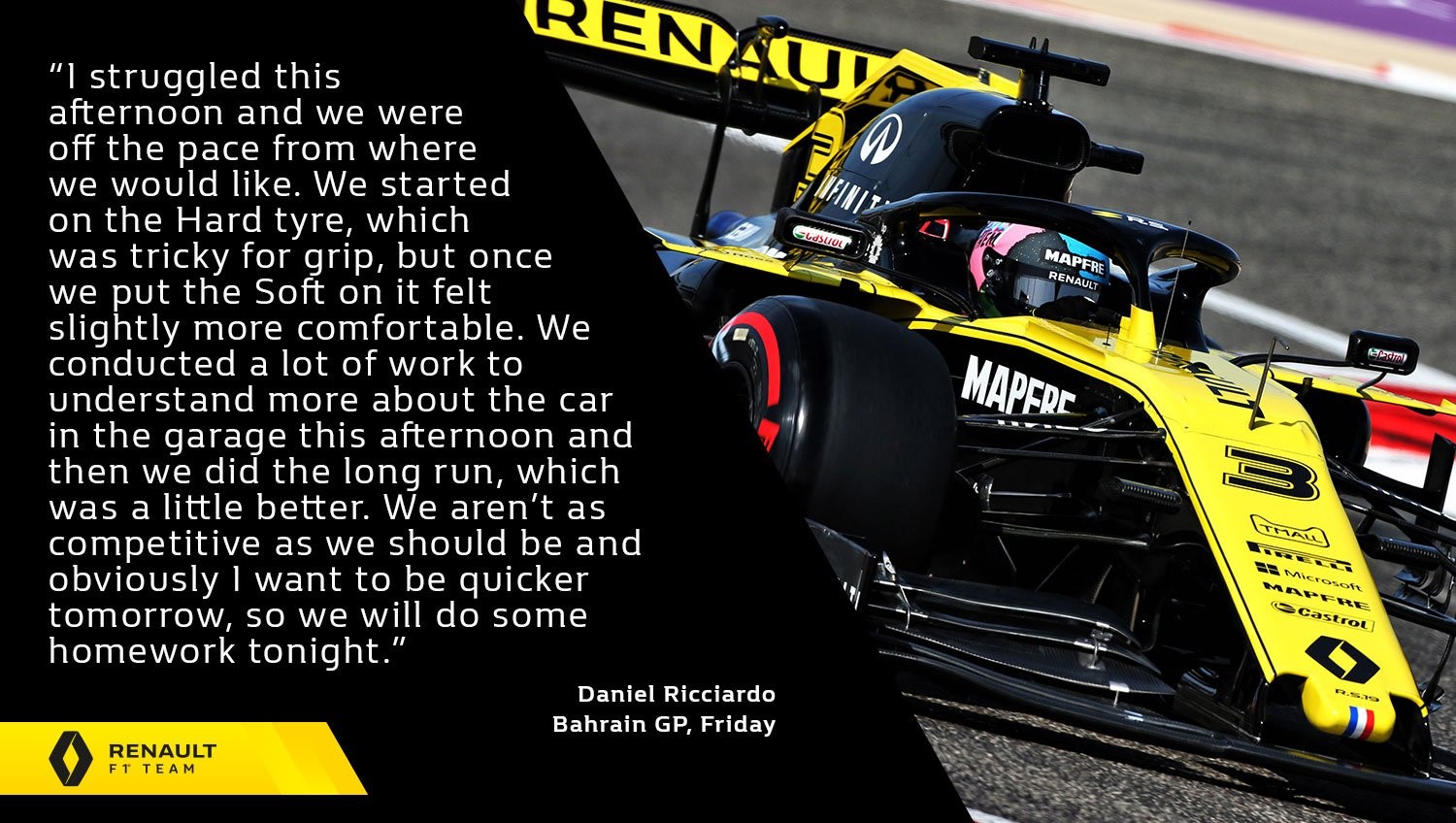 Ferrari publicly stated that their car just wasn’t set up for the Australian Grand Prix and promised a much better showing in Bahrain.  Mercedes also suggested that they might encounter a completely different Ferrari in Bahrain and their prediction looked to be correct after the two Scuderia entries dominated Friday practice at the Bahrain GP.

Ferrari are remaining very cautious after the pre race expectations in Melbourne, with team boss Mattia Binotto describing Friday’s timesheet as “misleading” as Ferrari outpaced Mercedes by 0.6s under the Bahrain lights.

“The Ferraris have been quick from the get-go and picked up more pace from there, so it’s completely different to what we’ve seen in Melbourne,” said Lewis Hamilton.

“At the moment it looks like the Ferraris are ahead, so we have to keep our heads down, keep working, analyse things tonight and try and come back stronger tomorrow.”

Mercedes boss Toto Wolff agreed, adding to Sky F1: “It’s a completely different Ferrari to what we saw in Melbourne. In terms of pure pace, it’s definitely more Barcelona than it was in Melbourne.”

Hamilton also explained that they had their own problems to contend with as a balance issue affected the performance of the Mercedes W10.

“I think as we get to qualifying, everything will get a little bit closer,” Hamilton stated. “But it’s going to be a tough battle.”

Sebastian Vettel admitted that the team had gone through an intense fortnight of analysis from the Australian Grand Prix, where the SF90’s  in winter testing had seemed to be a somewhat of an aborration, especially the car’s apparent lack of straight line speed.

That speed advantage was back at Bahrain during FP1 and FP2.

“You can see the enormous straight-line power of the Ferrari, it is where they are making all the gains up,” said Wolff.

Daniel Ricciardo’s optimism for a better showing at the second Grand Prix of 2019 took another hit as he tried to come to grips with another new chassis. Renault made the decision to use a new car for Bahrain after the first lap incident in Australia left Ricciardo’s Renault with front wing and undefloor damage. He found himself on the cusp of the top 10 as he trialled the hardest tyre compound and later adjusted to the far superior grip of the softer tyre as the track grip increased.

“It was a bit difficult, particularly on the qualifying sim in the afternoon,” Ricciardo said.

“I was a long way off. So we’re just trying to figure out why,” Ricciardo said. “Once we did the long run, on the high fuel, it seemed a bit more representative again, but I certainly feel like it can be better. We just want to make sure everything’s correct and symmetrical. I think [we need to] get the feeling in the car and the confidence.

Today I certainly struggled with that, so we’re just trying to figure out what we can do better to give me the feeling that I can push the car and find the limit.”

In contrast, Ricciardo’s teammate, Nico Hulkenberg logged the 5th fastest time for the evening, which underlies the potential of the Renault and adds further pressure on Daniel Ricciardo as he adjusts to life beyond Red Bull.

Free Practice 3 gets underway Sunday 30 march 10.45pm (Sydney Time) with Qualifying at 1.00am on Fox Sports/Kayo the race starts on Monday 1 April morning at 1.00am.