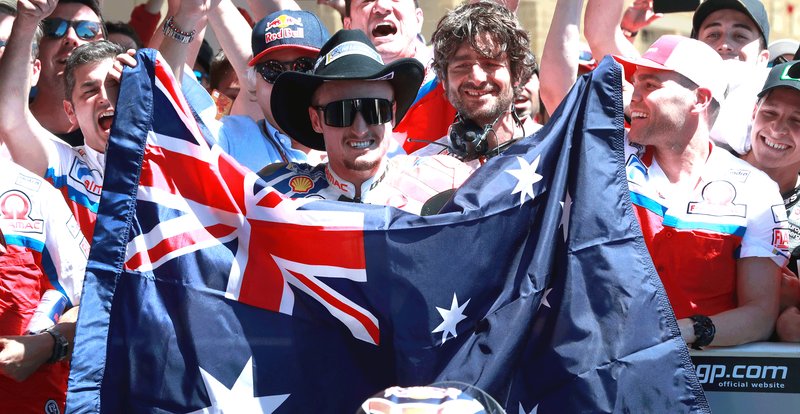 Jack Miller claimed his first podium finish of the 2019 MotoGP™ season at the Americas GP on Sunday. The Aussie, who took third place in Austin, held off a fast-finishing Andrea Dovizioso in the dying stages of the race.

Alex Rins secured the race win ahead of Valentino Rossi, after hot favourite Marc Marquez crashed out while leading on the ninth of 20 laps.Miller’s podium is only his second in the premier class, following his win at Assen in 2016, and his first as a Pramac Ducati rider.

“I chose the soft front, it probably wasn’t the right choice, I had a big mark on the right-hand side and I was just a sitting duck at the end there.

“I sort of had a buffer to Dovi and I just tried to manage it. I managed to drop back down in the 2:05s on the last lap simply out of necessity – I had to, he was coming. “I can’t thank the team enough, can’t thank Ducati enough, and my friends, family, everyone for their support. It’s been a long time, that’s for sure.”

The result moves Miller up to sixth in the MotoGP™ championship standings. His teammate Pecco Bagnaia finished in 14th place, leaving the Pramac Racing team three points astray of LCR Honda in the Independent Team standings.

The next MotoGP™ race takes place at Circuito de Jerez in Spain on 5 May.