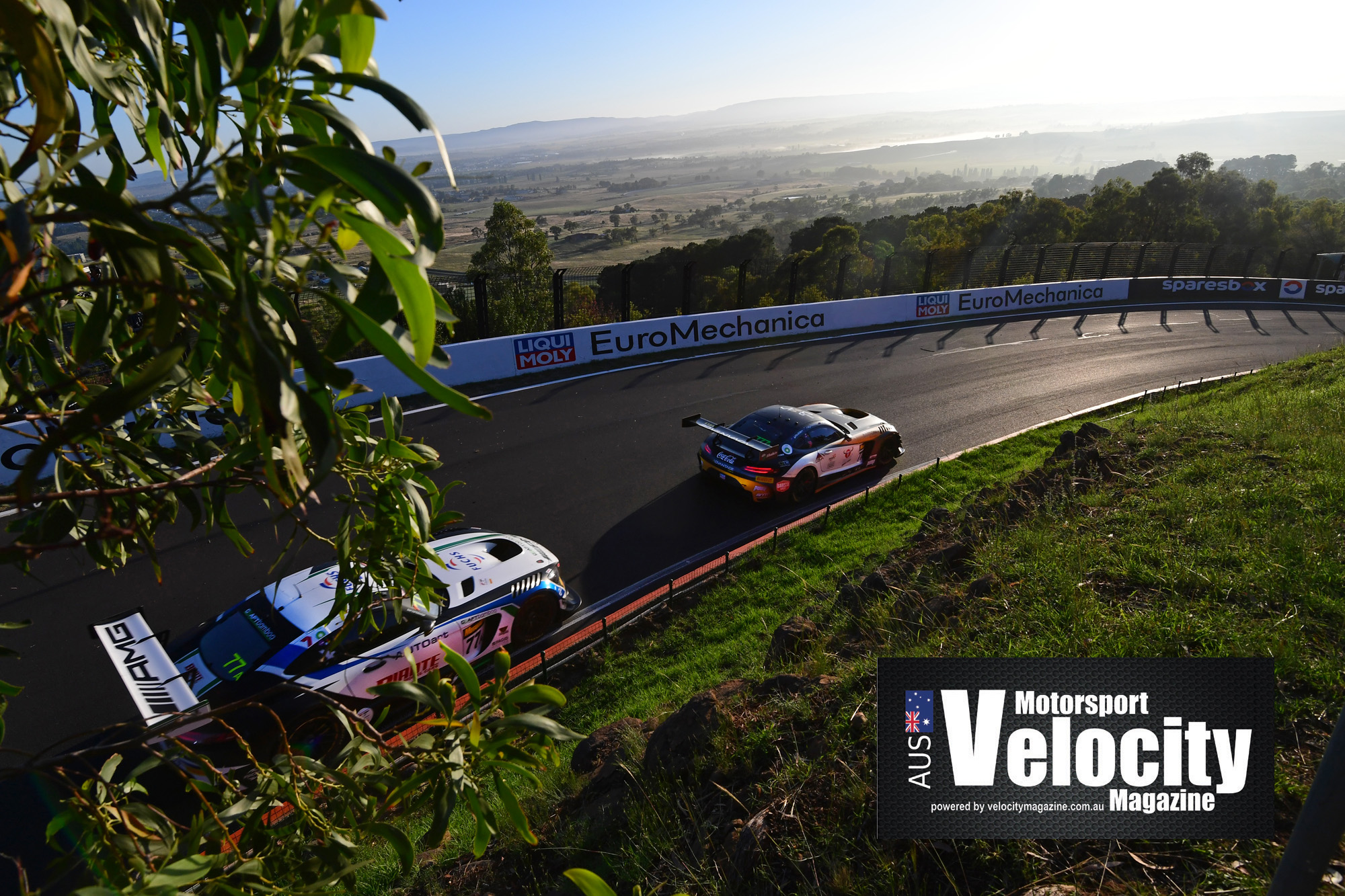 In the first of what is expected to be a raft of changes for the CAMS Australian GT Championship in season 2020, comes news that the popular national category will return to Bathurst’s Mount Panorama at Easter next year as part of the Hi-Tec Oils Bathurst 6-Hour weekend for a championship round that is scheduled to include two 60-minute sprint races.

“This is an exciting announcement that will pave the way for a new look championship next year, Australian GT is one of Australia’s premier categories and as such we want all our racing at the best and most exciting circuits in the country – Bathurst ticks all the boxes in spades,” Australian GT category rights holder Jim Manolios explained.

“Bathurst and GT cars are made for each other, there’s no question about that, so from the outset we always felt the right way forward for Australian GT was to have more racing on the Mountain, and James O’Brien agreed. The round will swing nicely off the back of the inaugural Pirelli AGT SuperSprint set for Challenge Bathurst later this year, a great opportunity for teams to do some valuable pre-season testing ahead of the Easter round next year.”

“There’s no denying there is a great affinity between Bathurst and sportscars,” Yeehah Events James O’Brien added. “The fans have fallen in love with the exotic machinery that circulates Mount Panorama every year during the 12-Hour, so to extend that opportunity to Easter with the return of Australian GT was a perfect fit for us, for AGT and for the fans.”

“Since the Grand Prix we have been in detailed discussions with a range of parties about the future of Australian GT,” Category Manager David Vervaart confirmed.

“Discussions are ongoing, but we expect to make a number of announcements across the coming weeks, as we extend those discussions further in an effort to set the bulk of our 2020 calendar well in advance of the end of this season.”

Calendar dates will not be the only discussions taking place, with Vervaart confirming he and Manolios will meet with the FIA and SRO during the year about plans for next year, plans that could see a whole new chapter for Australian GT beyond 2020.

“This year we very much inherited what had been put in place 12-months ago,” Vervaart continued. “That left us with little scope to change too many things for 2019 with so many events and calendars locked away in advance, so we made a conscious decision to set the foundations of the 2020 season early so that we can start to plan the expansion of the category into the future.

“On a global scale, GT is on an upswing. In our region of the world alone there are more and more cars competing every season, and there are an awful lot of cars in garages around the country that aren’t being used. Globally, finances are affecting the sport, that’s normal, but we need to look beyond that and find a solution that keeps people racing and brings new blood into the sport, and that’s the focus of what our new calendar will look like next season.”

Bathurst and Australian GT have a long history, however this will be the first time that Bathurst has played host to an Australian GT round since the start of the 2013 season, where it was included as a leg of that year’s Bathurst 12 Hour. Whilst next year’s event will be included as a championship point scoring round for Australian GT, the grid capacity at Bathurst will also include an invitation to the NSW Production Sports category that have regularly contested the annual Easter event to compete alongside AGT.

For Australian GT and the management team, the 2020 season presents some great opportunities, opportunities Jim Manolios is keen to initiate as the foundation for the future of the category. “There’s some big things on the horizon for our sport, and Bathurst is an important part of that, beyond that you’ll just have to wait and see – it’s an exciting time for the category!”