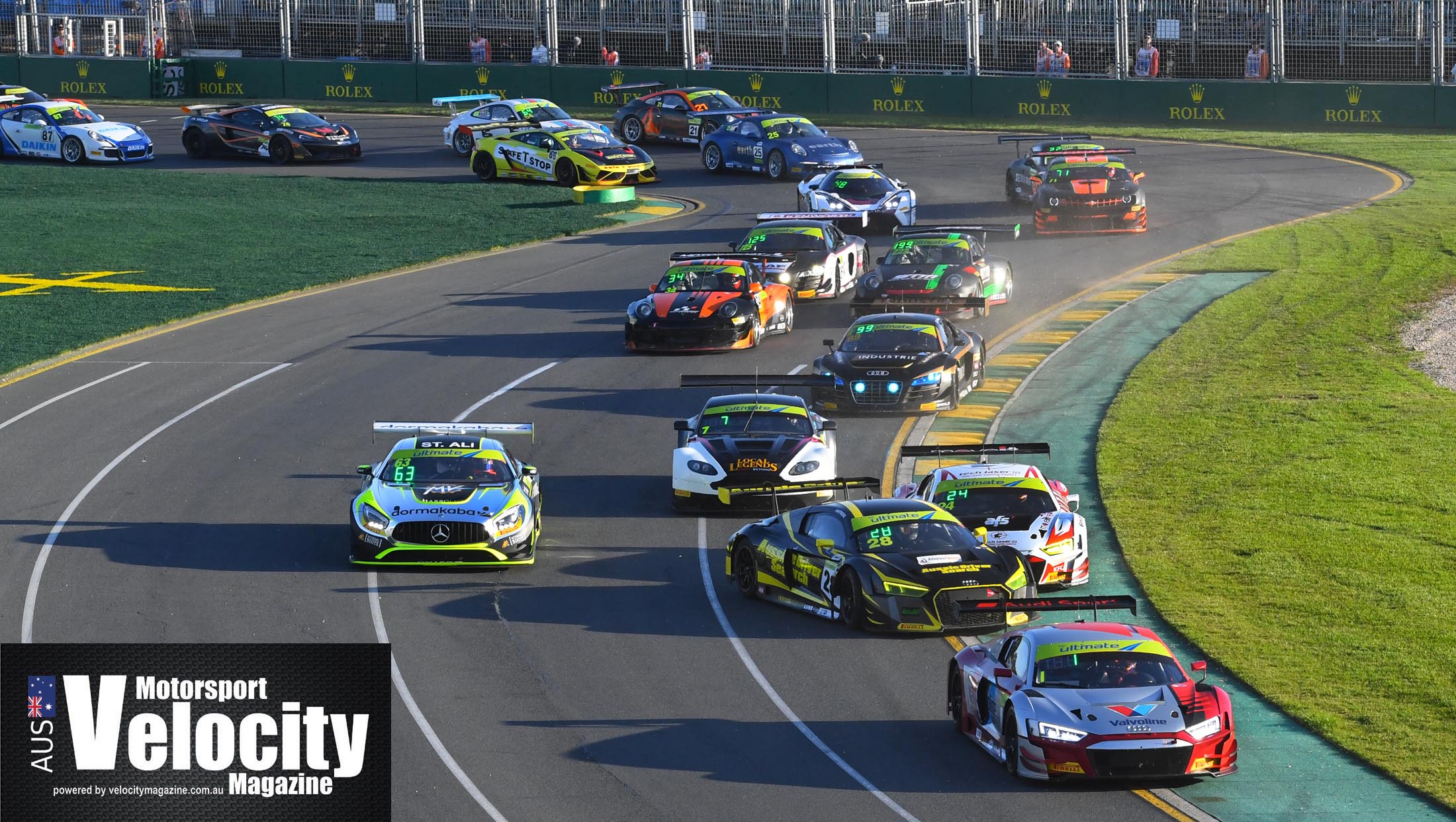 The second round of the 2019 CAMS Australian GT Championship will see the popular category in Western Australia for three 40-minute sprint races as part of the Perth SuperNight Supercars event, two of the races coming under lights for a spectacular return to Barbagallo Wanneroo Raceway.

Three of the four points leaders will defend their championship positions, with Max Twigg (GT3), Ryan How (Trophy Series) and Nick Karnaros (Trofeo Challenge) all entered in the field, whilst in GT4, Justin McMillan and Glen Wood will be hoping to cement their position in the title race in their mighty KTM X-Bow GT4 after Ryan Simpson closed out the opening round with the points lead in the new McLaren.

Max Twigg and Peter Hackett lead the GT3 charge to Barbagallo in their Mercedes-AMG GT3s, the two Victorians separated by just 21 points coming into Western Australia although it is Twigg who will have the upper hand, the points leader having contested both previous AGT races at Barbagallo, the 2017 event in an AMG GT3 whilst for Hackett, he comes to the west as a rookie..  Whilst they were two of the three drivers that sat on the top step of the podium at Albert Park during the four-race season opener (the other being Mercedes-AMG GT3 driver Kenny Habul), they will have no shortage of challengers at Barbagallo.

Former race winner Peter Major returns in his Lamborghini Gallardo R-EX GT3, the local driver one of two winners at the circuit in 2017 (race two), whilst reigning champion Geoff Emery returns to a circuit where he suffered one of the biggest accidents of his career (race two 2016). At the same time he might enjoy a potential advantage, with Audi being the most successful marque at the WA venue across both 2016 and 2017. That said, four different marques have taken victory in the four races already contested by AGT at Barbagallo; Audi, Lamborghini, Mercedes-AMG and Porsche all sharing a win apiece, although Audi top qualified in both years.

Whilst Audi has set the fastest overall qualifying time in the previous two visits to Barbagallo, the lap record is actually held by Craig Baird in the Scott Taylor Motorsport (STM) Mercedes-AMG GT3 he shared with Taylor, the two Queenslanders taking victory in race two in 2016, Baird lowering Marco Bonanomi’s 57.8854 pole time to a staggering 55.4236 during the race, a record that still stands today.

Taylor is the only other former winner in the field, although his attentions have turned to the Trophy Series this season, as he prepares to do battle against points leader Ryan How, in his immaculate STM Type 997 Porsche GT3 R.

Mark Griffith is another driver with past experience at Barbagallo having contested the 2017 event in his Mercedes-AMG GT3, the GT4 regular returning for an assault on the outright podium, although he will have his work cut out for him with the addition of Trofeo Motorsport’s Lamborghini Huracan GT3 to the field in the hands of former Australian GT race winner Ryan Millier.

Millier returns to the car which took he and car owner Jim Manolios to a Pro-Am podium at the Bathurst 12-Hour in 2017 (alongside Dean Canto and Ivan Capelli), Manolios also entered in the field behind the wheel of the stunning Huracan Super Trofeo EVO which is entered in the new Trofeo Challenge category for one-make Challenge cars – a car which is sure to attract plenty of attention across the weekend.  Nick Karnaros was the Trofeo Challenge standout at the Australian Grand Prix event, the Victorian Type 991 Porsche GT3 Cup Car driver claiming two of the four wins to hold a comfortable points advantage coming into the second round.

Melbourne teenager Ryan How will arrive at the Barbagallo round as the Trophy Series points leader after four-straight wins at Albert Park, although the Audi driver only just made the Barbagallo grid after a last-minute support deal from reigning Trophy Series champion Nick Kelly provided the funds needed to allow him to defend his advantage.

Despite no prior experience of the West Australian circuit, How starts favourite at Barbagallo although the race winning experience of Scott Taylor will ensure that the Trophy Series battle will be a highlight across the weekend.

The fight for the top points won’t be the only Trophy Series highlight, the debut of the mighty Chevrolet Camaro GT3 of Dale Paterson is likely to attract plenty of attention, the thundering American muscle-car modified by renowned German engineer Hans Reiter for GT3 competition was a real crowd-pleaser at the Grand Prix, and will be sure to attract a legion of fans in the west with it’s thundering 7.9-litre naturally-aspirated V8.

With Richard Gartner also in the field in another of the Reiter Engineering models – the Lamborghini Gallardo R-EX GT3 – and Joseph Ensabella returning in his Type 997 Porsche GT3 Cup Car, the Trophy Series field is sure to provide plenty of action.

Two race wins at Albert Park signalled that the M-Motorsport team’s twin KTM X-Bow GT4s would be ones to watch this season, trailing on from the success they’ve enjoyed in past years. With points leader Ryan Simpson committed elsewhere for the Barbagallo weekend, Justin McMillan and Glen Wood are in the box seat to cement their position as title favourites in Western Australia, although they won’t have things all their own way with the second team entry of David Crampton also entered for round two.

McMillan and Wood have prior experience at Barbagallo having campaigned the team’s Lamborghini Gallardo R-EX there in 2016, giving them an added advantage over their team-mate who will be looking to make up for a tough season-opener at Albert Park.

The Australian GT action begins at Barbagallo on Thursday 2 May with two 30-minute practice sessions ahead of qualifying early Friday afternoon to set the grid for the three 40-minute races. The first race will occur in the twilight on Friday evening (8:00pm), before Saturday sees a mid-afternoon race (3:45pm) before the final race of the event under lights at 8:35pm.

All races and qualifying will be shown LIVE on Fox Sports Australia (Channel 506) – most sessions during prime time on the eastern seaboard – whilst the event will be updated across a number of social media channels throughout the three days (see details below).