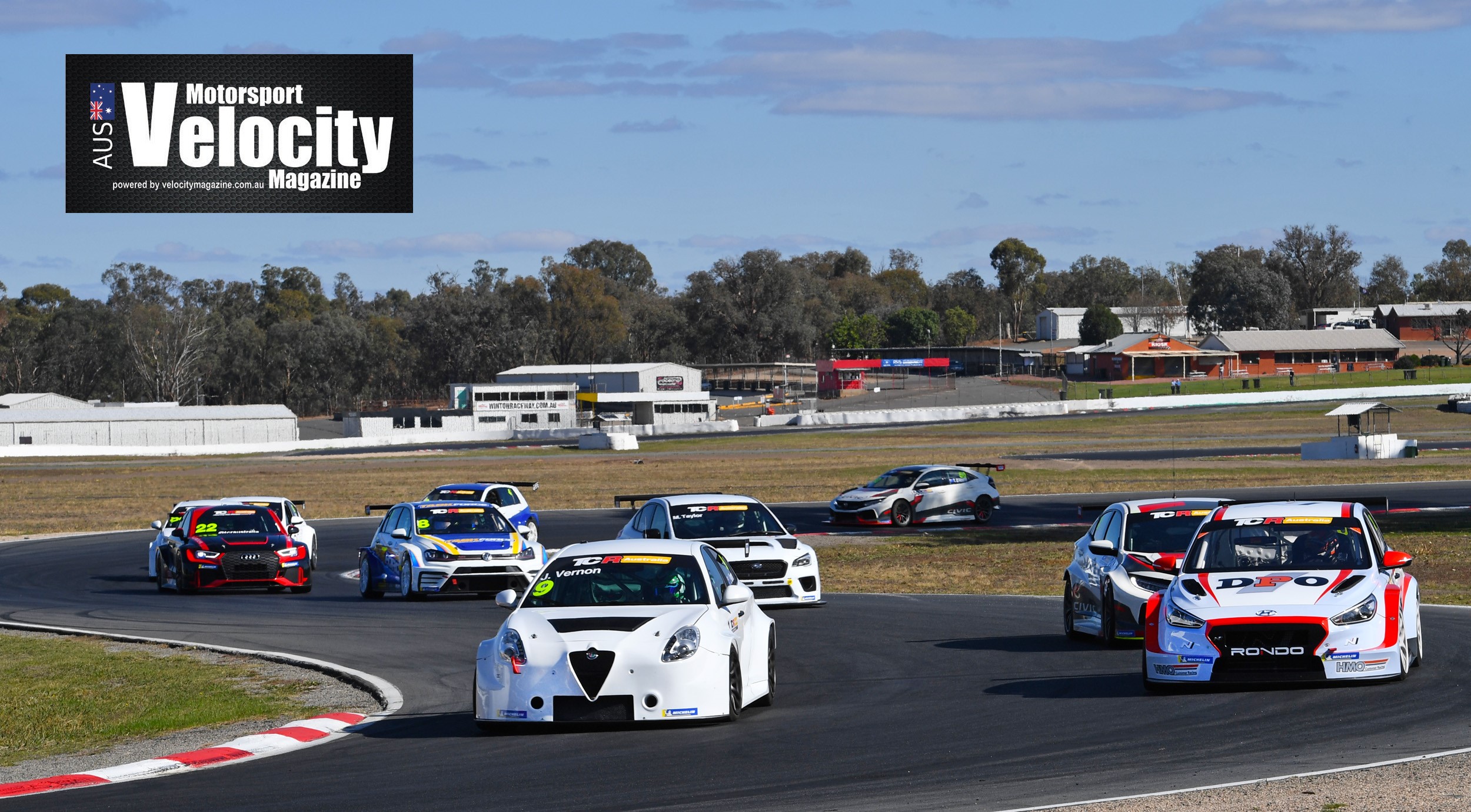 The brand-new Méganes, to be driven by James Moffat and Chris Pither, will campaign the cars in a similar look to the Renault F1 team’s entries.

The cars will feature support from one of GRM’s long-time supporters The Mobile Tyre Shop.

The two-cars are not officially ‘factory-backed,’ but will carry minor support from Renault Australia.

The two Mégane RS were shipped directly to GRM from Swiss-based engineering company Team Vuković Motorsport but did not arrive in Australia in time for last week’s official test.

Instead, the cars will hit the track for the first time tomorrow at Winton, with both Moffat and Pither getting a chance to test the cars ahead of the first round of the TCR Australia Series at Sydney Motorsport Park next weekend.

Alex Davison has been recruited to keep a watchful eye over the driver standards of the TCR Australia Series this year.

The 39-year-old will be the official Driver Standards Observer to the category, advising stewards on on-track conduct and playing a role in the investigation of incidents in the all-new touring car category.

It will be the first time that Davison has acted as a full-time DSO, having only made a one-off appearance in that role for a Porsche GT3 Cup Challenge round.

Davison is one of Australia’s most rounded race drivers. After starting his career in Formula Ford, he ventured overseas, finding his feet in Porsche racing, competing in the highly-respected Porsche Supercup competition.

Davison returned to Australia, continuing to race Porsches in Carrera Cup, winning the 2004 championship before getting various opportunities in the Supercars Championship, including full-time drives with Perkins Motorsport, Stone Brothers Racing and Charlie Schwerkolt Racing.

His racing continues as a co-driver to younger brother Will in the Supercars Championship.

“It’s my first time doing a role like this in a full-time capacity. I did a one-off round for GT3 Cup Challenge, so I understand what is required and I’m excited by a new challenge for a completely new role,” said Alex Davison.

“I’ll be setting the tone and setting a frame work early in the season, which will be important, with the idea being that we want great, close racing with a level of discipline attached – just like any other category.

“We want to avoid as many messy accidents as we can. The drivers will need to respect each other on the track while racing as hard as possible.

“This is touring car racing, so rubbing is part of the spectacle, however, there are limits. Anything that’s not fair, is not OK. Aggressive, close, really hard fought racing is what the fans want to see.

“I’m really excited about the category. There’s definitely a great space in the market for TCR Australia and I’m looking forward to seeing it progress in the first season.”

“Alex’s experience in the sport locally and internationally is certainly enviable, and his knowledge will be certainly valued with our CAMS Stewards in the TCR Australia Series,” said Michael Smith.

“There’s a good mix of youth and experience ahead for this TCR Australia season, and Alex will be a great sounding board for the drivers to defer to. Alex is certainly regarded as a fair racer, whose judgements will be certainly valuable in the role as DSO.”

GWR Australia has confirmed it will enter one of its two Hyundai i30 N TCR cars for the inaugural round of the 2019 TCR Australia Series event at Sydney Motorsport Park this weekend.

The Sydney-based team will enter Michael Almond in the #29 i30 racer, sporting backing from Astrontech and Commercial Interior Projects.

Almond is no stranger to national-level motorsport competition. The South Australian has raced in Porsches for the past eight years, including six season in the prestigious Carrera Cup Championship. Almond currently races for Sonic Motor Racing Services, sitting seventh in the 2019 title standings.

Almond has also raced in Touring Car Masters and V8 Utes during his racing journey.

The 35-year-old says the he is excited to be a part of the new touring car class, stating that his love for under two litre racers started back in his teens, watching the classic British Touring Car battles is similar cars.

The first round of the TCR Australia Series at Sydney Motorsport Park this weekend, with the event to be held alongside the Shannons Nationals Championships. CLICK HERE to secure tickets to the race meeting.

Every round of TCR Australia will be broadcast live, free and HD broadcast coverage on SBS. Saturday’s race (May 18) will be shown from 2-3pm, while Sunday’s two races (May 19) will have a two hour broadcast from 1-3pm.

The event will also be live streamed across the day and will be available on the TCR Australia website.