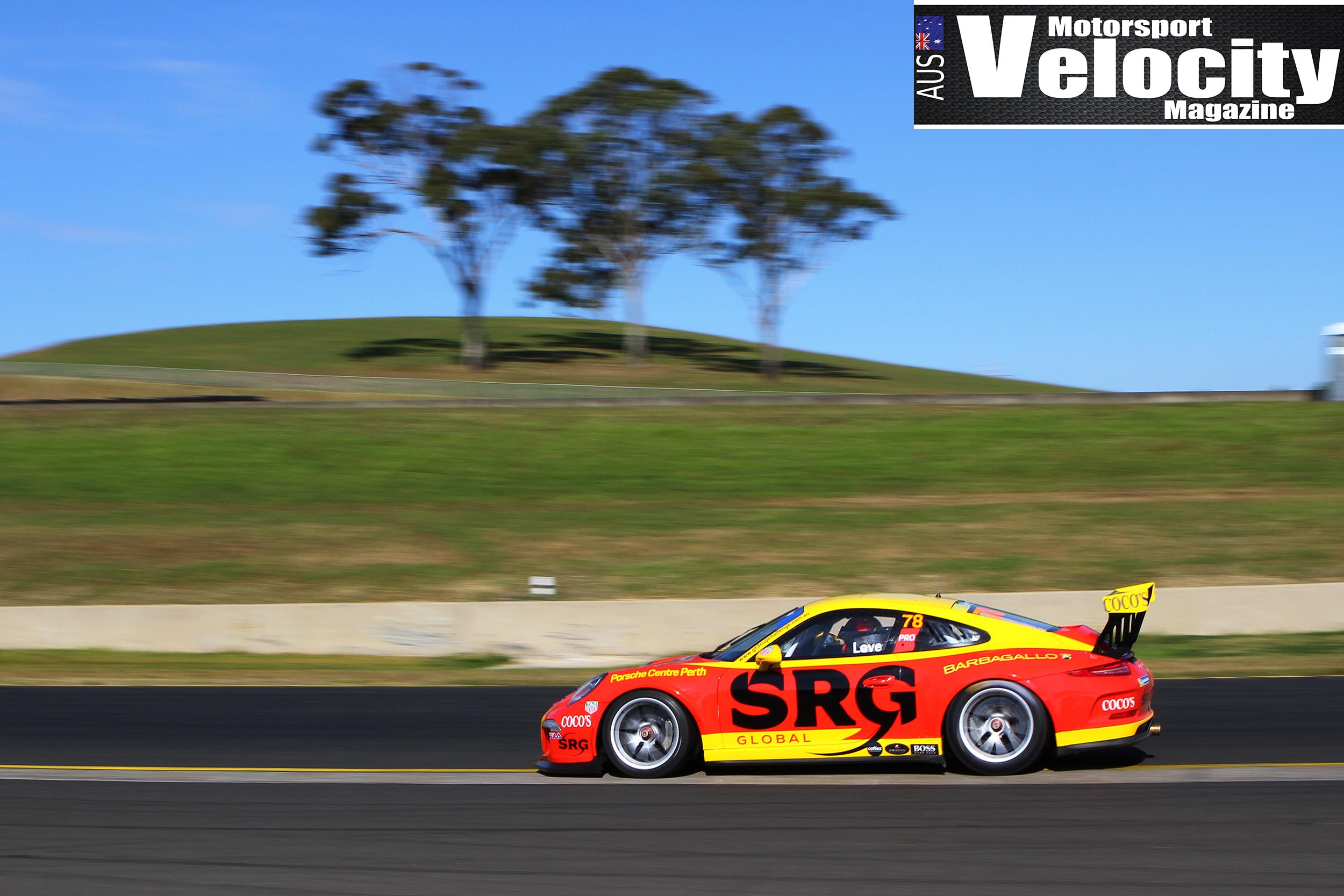 Aaron Love and Max Vidau starred for Sonic Motor Racing Services at Round 2 of the 2019 Porsche GT3 Cup Challenge at Sydney Motorsport Park.

Continuing on from his strong start to the year at Symmons Plains, Vidau dominated qualifying to score pole by four-tenths of a second over his nearest rival, and went on to take a lights-to-flag victory in Race 1 by over two seconds.

Love meanwhile qualified in sixth, but found his way to third by the end of the first lap in Race 1, and then moved up to second with two laps remaining to trail behind Vidau in a Sonic 1-2 finish.

In Race 2, Vidau failed to get past Turn 1 after suffering a clutch failure off the start, while Love lead the first three laps but eventually dropped back to tenth.

Both Love and Vidau recovered strongly in Race 3. From tenth, Love climbed back through to finish second, while Vidau sat as high as fifth mid-race after charging from the back of the grid, but ultimately finished in eighth.

The next round of the Porsche GT3 Cup Challenge will be held at the Phillip Island Grand Prix Circuit on June 7-9.

“The weekend started off good – first in Practice 1 and first in qualifying,” said Vidau.

“Race 1 went well, we got a good gap and finished in the lead, so it was a good start to the weekend.

“Clutch failure meant I didn’t get off the line in Race 2 and I couldn’t finish the race so it was a DNF.

“I was able to get into the top 10 early in Sunday’s race but I tore the front splitter off, ruined the front tyres and I had to limp the car home.

“At least I finished the last race, and it’s a long championship, so every point counts and we will be fighting hard to recover at Phillip Island.”

“It was a good weekend. Qualifying didn’t go our way with some lap traffic, so I started from sixth,” said Love.

“Race 1 was really good. I ended up P2 to Max, and in the second race, Max broke his clutch on the start so I held the lead, there was a Safety Car, I got another good start but I made an error into Turn 2. Then the race went from bad to worse made another error at Turn 1 and eventually finished 10th.

“I wasn’t quite happy with that and I knew I had a lot of ground to make up, but I came back to finish second and I’m absolutely stoked with that.

“It’s only my third or fourth time here, so I’m pretty wrapped with the result,” said Williams.

”The last race was awesome, but I got my steering bent on lap three the last race, so I spent most of the race driving with a steering wheel about 20 degrees out!

“And I’m super proud of the kids as well – Max and Aaron. They are really talented kids and they both have a big future.

“Sonic is the best team in the business – I’m biased, but they are really like family.. They are such a joy to go car racing with.

“I can’t wait to get to Phillip Island. It’s one of the world’s best tracks, so bring it on.”